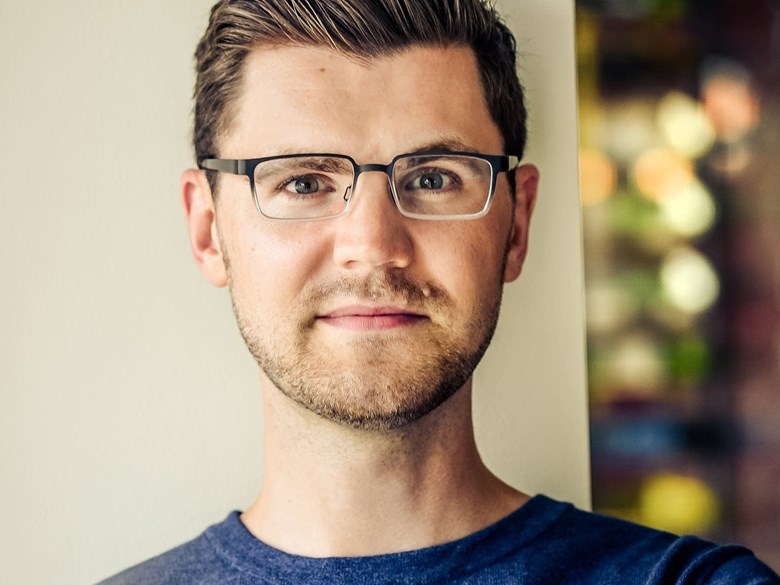 Jake Runestad is a Minnesota-based composer and conductor of classical music. Most recently, he's been riding a wave as one of today's most sought-after choral composers.

This new recording is the 2nd of your music being released in a year's time. I'm wondering what means for you?

"It's the composer's dream, for sure. You know, having the album last year with Conspirare and Craig Hella Johnson, which got a Grammy nomination, was more than I ever could have dreamed for. And then to have this album, too, which is all different music from the Conspirare, a recording that is so beautifully done.

Kantorei is a real gem of the choral world. It's a group of all volunteer singers that are performing at such a high level and are based in Denver. And so it was an honor to be able to collaborate with them in the recording process, and I actually did conduct one of the pieces, the very last track on the album. I'm really pleased that we're able to offer this at this point."

This recording, Sing, Wearing the Sky, was actually created a year ago. And yet when I'm reading about it and listening to it, it seems really profound for this moment in our life. Can you talk about that?

"Yeah, for whatever reason, a lot of these pieces do speak to this experience of not really knowing what's going to happen. There's one track in particular, I think, "Live the Questions," which is the setting of a letter by Rilke, that challenges us to when one there's so much unknown in the world that we don't feel like we need an answer right away. But we live our way into all of those questions and maybe someday we will arrive at the answer."

The next piece is the title track, "Sing, Wearing the Sky,' and it features the women of Kantorei. Tell me about this piece and why you wanted to do something that had this Indian classical inspiration behind it?

"The text was written by Lalla who was a 14th century Sufi-mystic from the Kashmir region of India, and this text is about seeking enlightenment and becoming comfortable in your own body, Loving yourself for who you are, and when you get to that point — in her words, go naked and dance, meaning you feel completely comfortable as you are and you can be yourself. I love that so much.

So, it begins with overtone singing, and there's a violin, and glissandis and we're kind of shifting all around. And then when we find that comfort, we get to that place and it becomes a dance. And so, there's a tambourine that's added. It's very rhythmic. And at one point, the singers imitate the plucking of a string on the violin. So, I just tried to find the energy and beauty of of what Lalla was speaking to."

In the piece "We Can Mend the Sky" you explore deeper color palettes within the voice — can you talk about that?

"Sure, "We Can Mend the Sky" is a setting of a poem that was written by a student in Minneapolis named Warda Mohamed. She was 14 at the time. And the poem is about the experience of someone who's left their home and gone to a new place. And I pair that with two Somali proverbs. And then the last proverb at the end is, 'if we come together, we can mend a crack in the sky.'"

Sing, Wearing the Sky; the music of Jake Runestad performed by Kantorei.