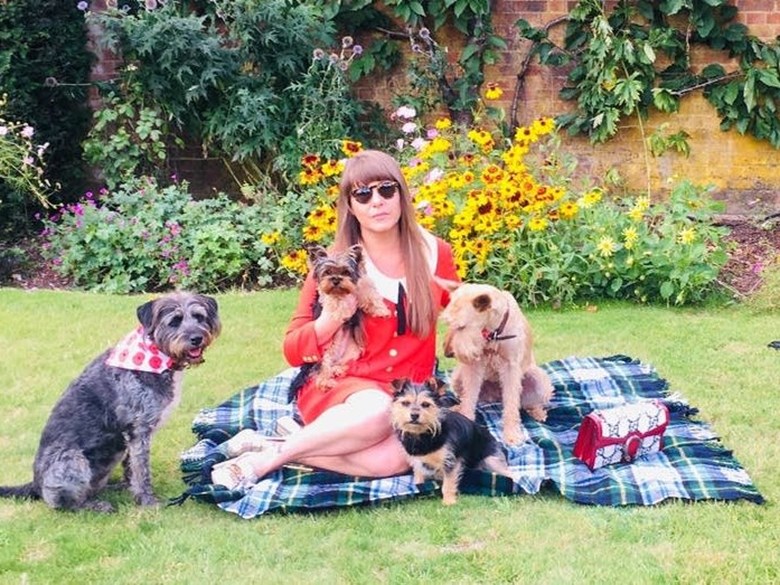 Rachel Fuller is a British composer and a concert pianist who has done many things over the years. In her late 20s, she released a rather angsty album called "Cigarettes and Housework." She's written music for British television, and she occasionally sneaks in a few of her songs on one of her husband's albums. He's Pete Townshend of the legendary rock band the Who.

Fuller is also known for her incredible orchestrations, like those she did for the Quadrophenia album, which was originally released by the Who in 1973 — the same year she was born. Now, her husband is doing some performing and touring in support of her latest project: Animal Requiem. The idea came to Fuller after she and Townshend lost five of their beloved dogs in just six years. Fuller says writing the Animal Requiem was incredibly cathartic.

"This came out of something different. I wanted to honor and commemorate the lives of the animals. The music is really a memorial, and my hope was twofold. It was that, at some point, perhaps not straight away when they're stricken with grief, people, if they knew about the album, would just take a quiet half-hour to listen and commemorate and celebrate and remember their animal and perhaps light a candle.

"We did a concert in London at the end of January in a beautiful church in Picadilly in the city centre, called St. James, and 500 people came. I had sent out an email to everyone who bought a ticket, telling them to bring along a photo of their pet, and practically everybody came. They pinned their photos, and the board was covered with dogs and cats and rabbits and guinea pigs and snakes and lizards. It really was a magical thing."

Let's talk about the text that you chose for the Requiem. It seems to be somewhat traditional.

"It is. It's Latin text, and a requiem is a funeral mass. It's a mass for the dead. Essentially, we're just interested in choirs of angels, granting everlasting rest, and very beautiful, soft words. So, most composers just use the lovely bits of the requiem, as have I."

And those angels that have joined you are members of the Chamber Choir of London. How did you choose your collaborators? Tell me about them.

"I've worked with the Royal Philharmonic a few times, and then I had worked with an amateur choir, called the Oriana Choir, on the Quadrophenia album. We had quite a big choir. The conductor and the leader of that choir had just fairly recently put together this new small chamber choir, and they're really extraordinary. And I just think they do sound like a choir of angels when they sing together. The blend is extraordinary."

Do you have a section that is perhaps a favorite for you or one that you want to draw our attention to?

Rachel's hope for Animal Requiem is that amateur ensembles will perform one of the three arrangements she's written and create their own uplifting community event to celebrate the love of lost pets. Profits from the album sales will help to support animal shelters around the world.