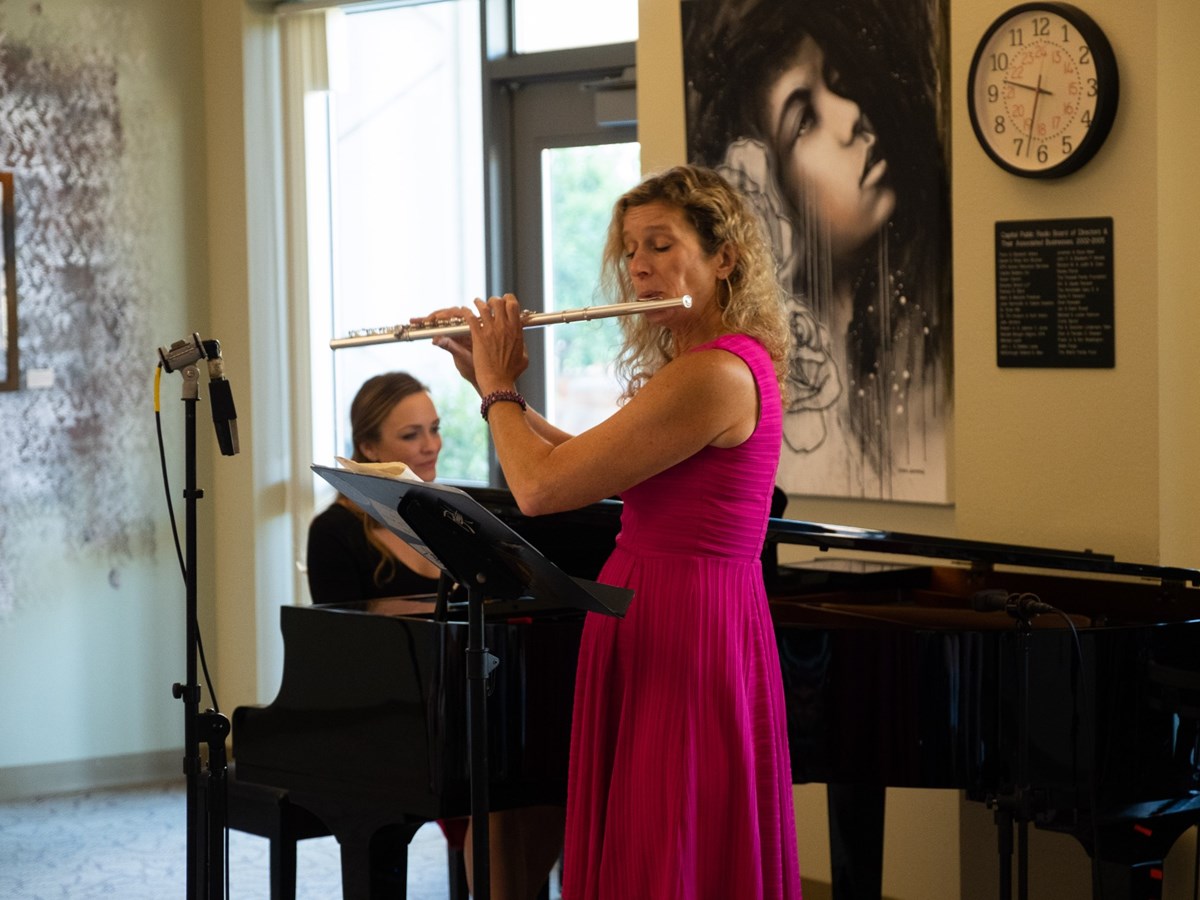 Bona and Reason are both classically trained musicians, Bona playing the flute and Reason the piano. They performed works by composers from George Frideric Handel to John Rutter, Princess Anna Amalia of Prussia to Dianne Goolkasian Rahbee. 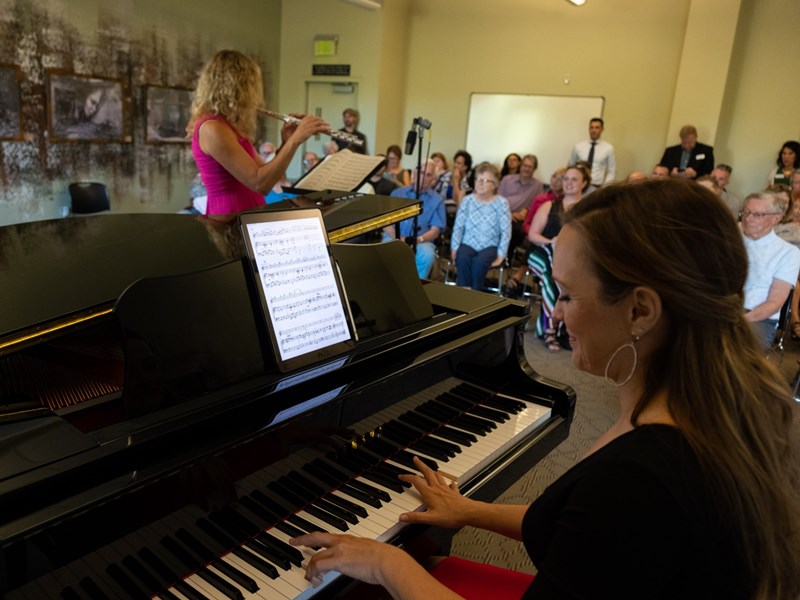 They performed in front of a live audience in the CapRadio Community Room, and on the air live for our listeners. CapRadio Classical Music Host Kevin Doherty hosted the performance.

Bona discussed her original plans for a career playing in an orchestra, and the love for chamber music and performances that she later developed.

Bona's visit coincided with the 20th anniversary of Sunday Baroque, and with CapRadio's move to broadcasting all four hours of Sunday Baroque, rather than just two. Starting August 25, you can enjoy Suzanne's thoughtfully curated selections and insightful commentary every Sunday from 7-11 a.m.

Listen to Bona and Reason's full performance on the player at the top of this page. 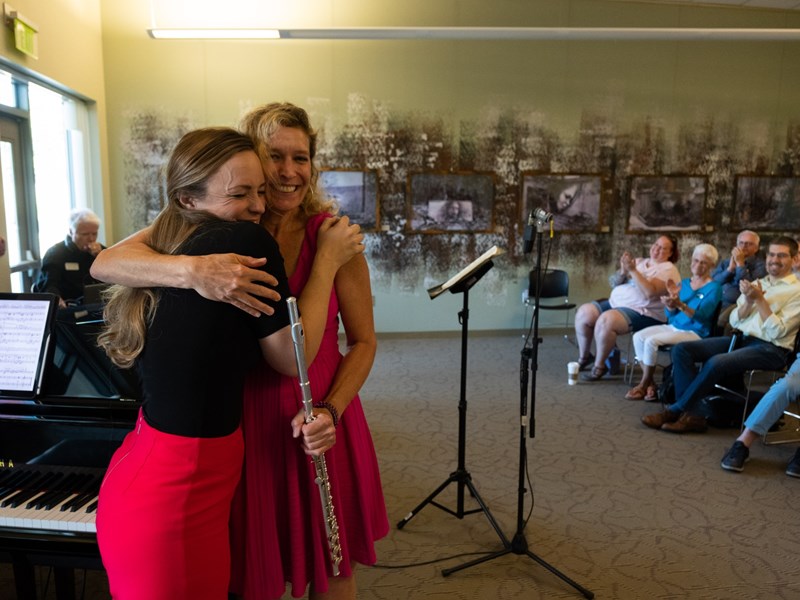