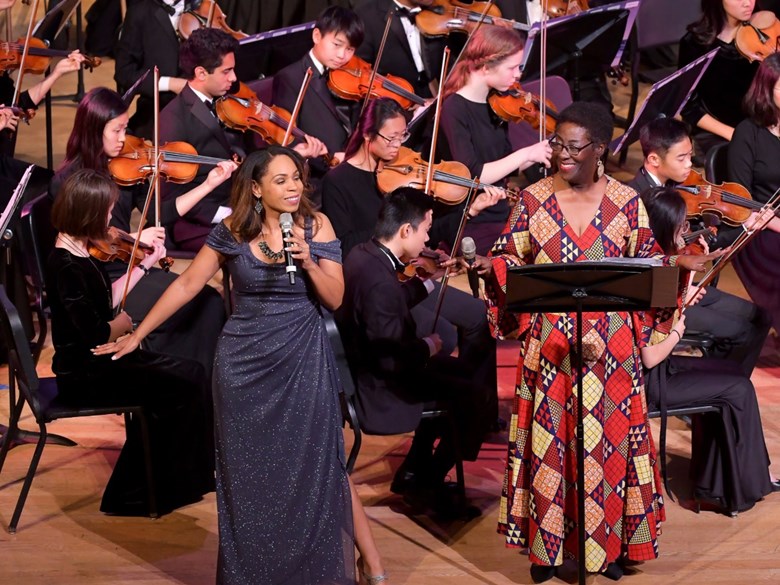 Click the listen button above to hear Esther's feature.

On a Tuesday night in January at Rosemont High School, about 60 members of the Sacramento Youth Symphony’s Premier Orchestra are rehearsing for their February concert. They will be celebrating the music of African American composers, performing works by William Grant Still, John Wineglass, and Scott Joplin. For many of these young classical musicians, the Sacramento Youth Symphony is a musical mecca. And the talented teenagers find more than just excellent classical training as members of the SYS — they also gain exposure to music outside the traditional canon in an experience of shared discovery with like-minded peers.

Daroush Mackani and Mason Cox, the orchestra’s two bassoonists, share their musical journey and what the SYS means to them. For Mackani, music is a family tradition, but bassoon isn’t his only talent. “I play piano as my main instrument, but I think my bassoon is a very, very close second. I play bassoon because my mom said she played bassoon when she was in high school, and so...here I am,” says Mackani.

But his colleague and stand partner Mason Cox’s story is the polar opposite.

“My parents never did music," explains Cox. "But I started because my band director in fifth grade played the Pink Panther on the alto saxophone...from that moment on, I was like, hey, that’s cool, I want to be able to play that. In seventh grade, my new band director was like, ‘hey, you’re pretty good at that. Let’s see what you can do with this bundle of sticks.’ And so, you know, that’s kind of how I was chosen by fate, really.”

One could say Michael Neumann was chosen by fate too, as he’s been the Sacramento Youth Symphony’s artistic director for nearly forty years. Maestro Neumann recognizes that the orchestra is where many talented young musicians seek musical experiences with their peers they can’t get anywhere else. At Tuesday night rehearsals, Maestro Neumann finds that “young people can feel free to be themselves, if this is what their passion is, they might not be able to do that at school.”

Mason Cox is one of those young people. The ensembles at his school, which include marching band, choir, and jazz band, don’t use bassoon. So, he finds his niche in the Premier Orchestra.

For Cox, it’s an invaluable experience that stems from the passion of his peers.

“Just finally being able to sit in an orchestra with people who really enjoy what they’re doing and are serious about continuing music in their life in some way is really why I come down here,” says Cox.

But the SYS provides more than the typical classical training. For Maestro Neumann, diverse programming is a priority. With their upcoming concert, they are diving into the library of music by African-American composers, playing William Grant Still’s Suite for Violin and Orchestra and his Afro-American Symphony, a tuba quartet by Portia Njoku, ragtime pieces by Scott Joplin and more.

This diversity matters to Daroush Mackani, who recognizes the distinct challenges of African-American artists as well as the uniqueness of this program.

“It’s very interesting to see some of this music that was published before the civil rights era, in the 30s, and to imagine how difficult it would be to become a respected composer when you’re so discriminated [against]. I’m just glad that we’re able to be in a time where we can play the music that’s written by anybody,” says Mackani.

Jay Mason is a guest conductor who will direct the orchestra in William Grant Still’s “Afro-American Symphony.”  For Mason this concert is not only a refreshing program diverging from the beaten track of the European canon of composers, but also a sign of the cross-cultural celebration that he says is taking off in Sacramento.

“Having something like this where we are featuring diversity, especially of the African-American experience, I hope people would see this as the start of hopefully having more stuff like this. Maybe not just African-American, but celebrating all cultures,” he says.

Mason is conducting two pieces by Still, who is widely considered the “Dean of African-American composers.” However, deciphering his music poses a unique challenge for the conductor, who Mason says must be an honest interpreter of the composer’s intent, which sometimes isn’t clear.

“He would take these notes, and then he would change things at the last minute, and then he’d go back, and so trying to fit those pieces together and just making sure I’m being true to what he really wanted, that has been my biggest challenge. Because, you know, unfortunately he’s no longer with us. It’s not as easy as just picking up the phone and calling him and saying, ‘what did you mean at this measure right here?’”

But even though Mason can’t communicate with the late William Grant Still, he is connecting these young musicians with Still's  music. For many of them, this may be their first time playing music written by a composer of color. That’s something Mason says he never got when he was growing up.

“As someone who went all through school not having as much exposure to composers and musicians of color, I really feel like I’ve missed out on so much. That’s why I’m so grateful to Michael Neumann, for giving me this opportunity, because I’m learning music in the process of conducting this. And for the kids, it’s only going to make them better musicians.” 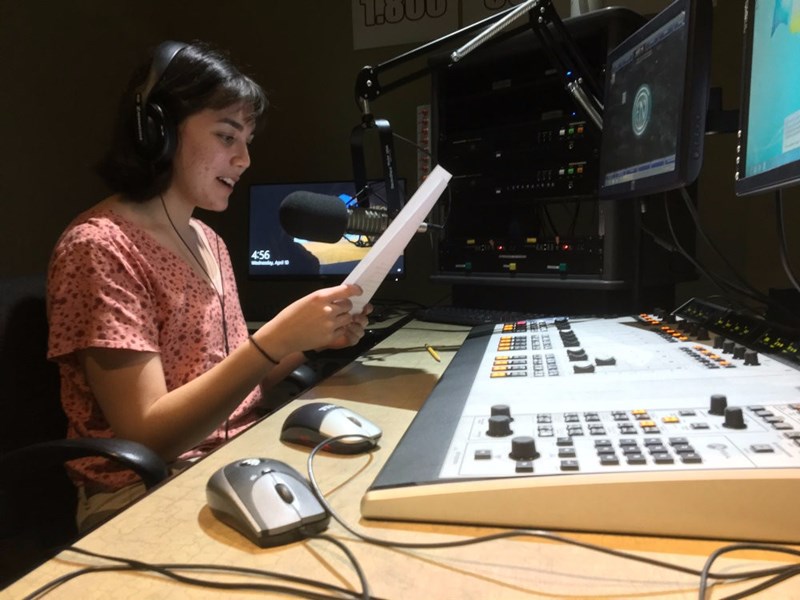 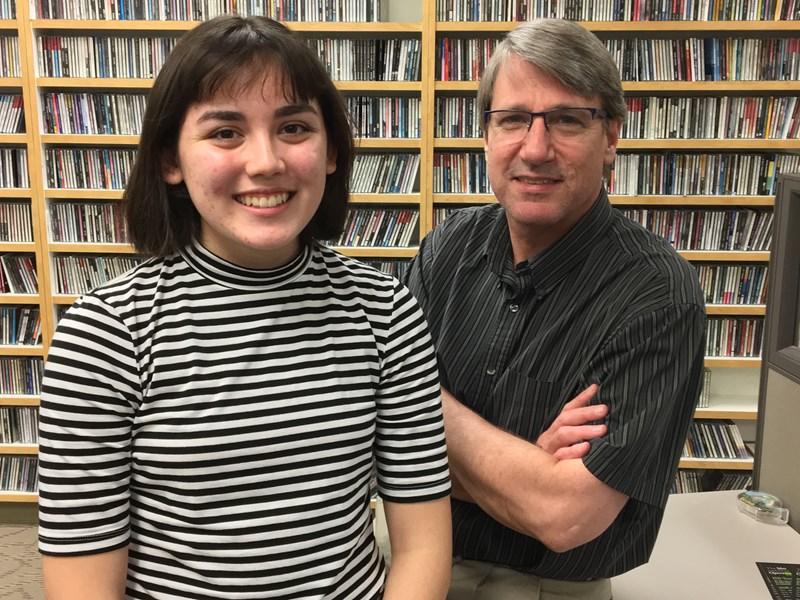 Esther Myers and Paul Conley in the CapRadio Music library.