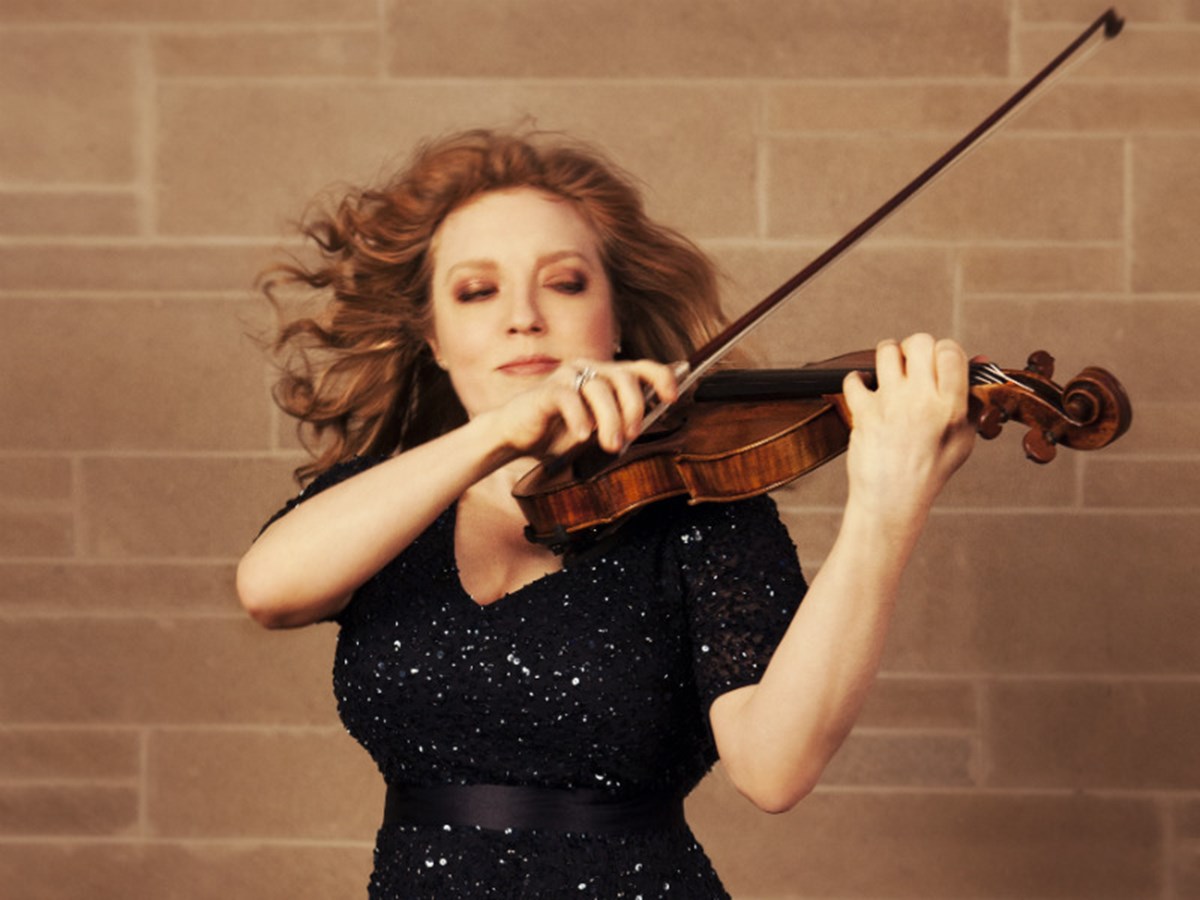 Rachel Barton Pine is one of the most sought after violinists in the world. What does that mean? It means that she is very, very busy. She is constantly travelling from place to place; balancing family life, a career, and her own personal endeavor - The Rachel Barton Pine Foundation.

Pine arrived in Sacramento this past Monday night (October 10) weary from her travels but came to town early to perform outreach for the Sacramento Philharmonic and Opera. She told me that’s why she loves coming to Sacramento. The orchestra sends her out to elementary schools, children’s hospitals, high schools and more. Pine said, “I really appreciate that they have the organizational infrastructure to be able to have all of those opportunities and to send me out to share my music with people,” noting that the classical music experience is not just for the concert hall, but the outlying community as well.

This kind of thing is par for the course for Pine, whose giving spirit extends far beyond just her time in Sacramento. When I asked why she was so gracious with her time, she told me that it started early-on in church when she would perform during worship. The church would sometimes send Pine out to homeless shelters and senior communities. She says these experiences instilled in her the “idea that music is here to uplift people’s spirits,” and that it’s the responsibility of those lucky enough to be able to play music to share that with others.

As busy as she is, Pine is never without her family on the road. “I’m very lucky as a soloist that I don’t have to go out (on the road) by myself and talk to my family over Skype...which is the situation for most of my colleagues,” she said.

Pine’s  husband, Greg has been travelling with her for the past 20 years and runs his business from the road. Sylvia, the couple’s six year-old daughter, is also always in tow. The Pine family travels with a nanny for Sylvia who doubles as her tutor. Pine noted that as long as this arrangement works for Sylvia, the family will continue to home school her and travel together and that they will “see what happens.”

In the meantime, Sylvia has become quite the violinist, herself. So much so, that she will often accompany her mother when there is an outreach to be played. Pine remarked that a recital presenter in Washington D.C. recently sent her out to play for 170 preschoolers. Pine brought Sylvia along and mentioned how the kids were much more interested in a “slightly bigger little kid than some random grown-up playing for them.” Pine remarked about how important it was for Sylvia to not only play the music but to be able to talk about it as well. She said Sylvia is getting good with funny facts about composers, noting that she learned from her daughter in an outreach that Brahms didn’t like to wear socks! Pine said that she will be taking Sylvia to a couple of the outreaches while the family is in Sacramento.

In addition to outreach, Pine created the Rachel Barton Pine Foundation in 2001 to expand awareness for classical music and to supply young artists with instrument loans and financial assistance. Part of the Foundation’s mission resulted in the creation of an initiative called Music by Black Composers. Pine discovered that there was a real void in the canonical concert repertory after recording one of her earlier albums. The record label discouraged her from recording the famous works by the likes of Brahms, et al. Pine, a young twenty-something at the time and not yet so well-known, decided to record an album of works by black composers. She said she knew of these works as a result of growing up in Chicago and having access to the Center for Black Music Research.

Pine realized quickly that what she had done was very important. People started asking her to sit on diversity panels and parents began inquiring about music by black composers for their children to play.  “Obviously life is leading me in this direction,” she said, “maybe this is where I’m meant to contribute. So I went and I learned and I just started helping out in every way I could.”

Pine decided to create a “curriculum for the populace,” as she puts it; geared toward schools and students at all levels. For more than a decade the Foundation has been on what Pine calls a “treasure hunt” for scores. She says much of this obscure music has been hard to find as some of it exists solely in manuscript form and can only be found in random libraries around the world or in remote places, like someone’s “great-niece’s attic.”  Pine says the first volumes of the project will be released in the fall of 2018. The volumes will include scores, biographies of composers, history lessons, etc. She hopes to teach African-American students that classical music is indeed a part of their culture and “expand the canon” for generations to come.

When asked if she was composing (as if she wasn’t doing enough already), Pine laughed and said that she wouldn’t be writing a sonata anytime soon but that she does craft her own cadenzas along with the occasional concert encore. She mentioned that daughter Sylvia is more likely to be the composer of the family and that hopefully one day she’ll write  a violin concerto for mom. And when Sylvia is a famous composer in an expanded classical music world that her mom helped create, I don’t think a violin concerto is too much to ask.

Rachel Barton Pine performs Prokofiev’s First Violin Concerto this Saturday night with the Sacramento Philharmonic and Opera at the Community Center Theater in Downtown Sacramento. The concert starts at 8 p.m.

Listen to the full interview with Rachel Barton Pine here: