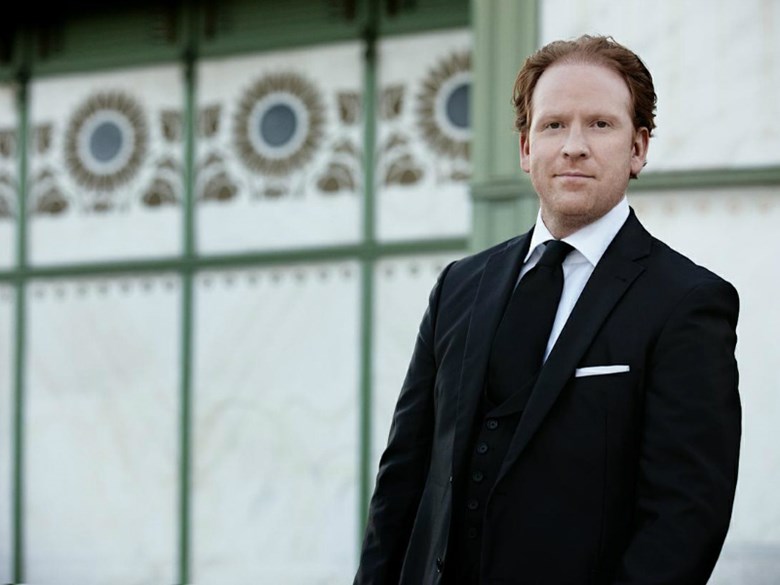 The New Century Chamber Orchestra announced yesterday that they have named internationally acclaimed violinist Daniel Hope to the position of “Artistic Partner” beginning next Fall. The appointment comes as current Musical Director of the San Francisco-based ensemble, Nadja Salerno-Sonnenberg prepares to step down. Salerno-Sonnenberg announced earlier this year that she will be leaving the group in May after eight seasons as director and concertmaster.

The NCCO describes itself as one of only a handful of orchestras in the world to perform without a conductor. Hope will direct the nineteen-person chamber group from his concertmaster chair in multiple performances each season as the organization searches for Salerno-Sonnenberg’s replacement. The violinist’s three season appointment with New Century will last through the Spring of 2020.

A multiple award-winner, Hope also recently inherited the baton as musical director of the Zurich Chamber Orchestra from Sir Roger Norrington. Hope has performed as a soloist with the world’s leading symphony and chamber orchestras including Boston, London, Paris and Los Angeles. The British violinist also carries the distinction of being the youngest-ever member of the Beaux Arts Trio, joining the group for its final six seasons.

Hope made his debut with New Century in February of this year when he play-conducted a centennial tribute to his mentor, the late, legendary violinist, Yehudi Menuin. NCCO Executive Director Philip Wilder said of Hope, “Daniel’s creativity and experience as a chamber musician, soloist, orchestral leader and music advocate makes him uniquely qualified to guide the New Century Chamber Orchestra into its next chapter.”

The 2017-2018 season will mark twenty-six years in existence for the New Century Chamber Orchestra. NCCO was founded in 1992 by cellist Miriam Perkoff and violist Wieslaw Pogorzelski.