The October 2014 edition of Looking Back to Bookspan’s “101 Masterpieces of Music and Their Composers” is a study in contrasts, as the music and lives of Felix Mendelssohn and Modest Mussorgsky could not be more different.

The October 2014 edition of Looking Back to Bookspan’s “101 Masterpieces of Music and Their Composers” is a study in contrasts, as the music and lives of Felix Mendelssohn and Modest Mussorgsky could not be more different.

Though his genius and talent might have been intimidating, I think Felix Mendelssohn would have been a person with whom one could enjoy spending time.

He was child prodigy as a performer and composer who was raised in a wealthy, intellectual environment. Mendelssohn was also blessed with parents who never exploited his talents. His early public performances, which many times also featured the exceptional musicianship of his older sister, Fanny, were intimate affairs held in the family’s home.  At the ages of 16 and 17 Felix already composed works displaying his great genius. He travelled widely, visiting England often where his music soon became popular. His fame rapidly spread through Europe and by his mid-20’s he was named conductor of the Leipzig Gewandhaus Orchestra.

If there be any tragic note to his life it is that he mostly likely shortened it through overwork, and died at the young age of 38.

For his book “101 Masterpieces of Music and Their Composers,” Martin Bookspan chose three great works by Mendelssohn: the Violin Concerto in E minor (Opus 64), along with the Scottish Symphony (Opus 56) and the Italian Symphony (Opus 90).

Among Bookspan’s favorite recordings of the E minor Violin Concerto are the performances by Zino Francescatti with conductor George Szell and Jascha Heifetz with conductor Charles Munch.  My two recommendations for modern performance are the fine readings by Joshua Bell with conductor Roger Norrington and James Ehnes with conductor Vladimir Ashkenazy.  The Ehnes recording also features one of Mendelssohn’s finest chamber works, the Octet for Strings (Opus 20).

For the “Scottish” Symphony, Martin Bookspan recommends conductor Peter Maag’s recording made with the London Symphony Orchestra; it is paired with Mendelssohn’s wonderful Overture and Incidental music for “A Midsummer Night’s Dream.”

For the “Italian” Symphony, Bookspan chooses Leonard Bernstein’s recording with the New York Philharmonic; it is coupled with an excellent reading from 1969 by the young-at-the-time Pinchas Zuckerman of Mendelssohn’s E minor Violin Concerto.  For my modern performance recommendation of the “Scottish” Symphony I prefer conductor Andrew Litton’s reading with the Bergen Philharmonic Orchestra; it also includes an excellent performance of Mendelssohn’s “Reformation” Symphony (Opus 107). And for a recent recording of the “Italian” Symphony I would choose the performance by conductor Edward Gardner and the City of Birmingham Symphony Orchestra; this disc also includes the “Reformation” Symphony plus a fine reading of another Mendelssohn gem, the Hebrides Overture.

The life and music of Russian composer Modest Mussorgsky is indeed quite different from that of Felix Mendelssohn.  Where Mendelssohn’s circumstances were full of light, darkness dominated Mussorgsky’s life. Yet through his struggles with alcoholism, frustration, poverty, illness and depression, Mussorgsky composed music of great innovation, music that favored expression over formal tradition.  His greatest orchestral work was, ironically, a suite initially written for solo piano, his “Pictures at an Exhibition.”

The impetus for the suite was a posthumous exhibition of art and paintings by Mussorgsky’s friend Victor Hartmann.  The various sections of the suite represent the art works of Hartmann, unified through a recurring “Promenade” theme that represents the composer’s walk through the exhibition.  Though it is sometimes performed and recorded in its original form for solo piano, it is through several orchestral arrangements of the work, most often the one created by Maurice Ravel, that “Pictures at an Exhibition” is best known.

A performance of “Pictures” from conductor Seiji Ozawa and the Chicago Symphony Orchestra that is highly recommended by Martin Bookspan has been reissued on a disc with fine readings of Mussorgsky’s “Night on Bare Mountain” and Benjamin Britten’s “Young Person’s Guide to the Orchestra.”  For a recent choice I’d opt for Paavo Järvi’s outstanding recording with the Cincinnati Symphony Orchestra.  It includes “Night on Bare Mountain” plus the beautiful prelude “Dawn on the Moscow River” from Mussorgsky’s “Khovanshchina.” 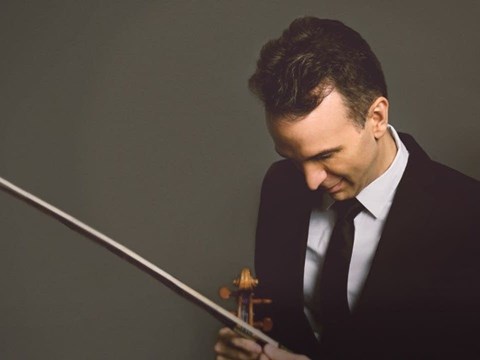