Children in Northern California learn to cope with wildfire trauma 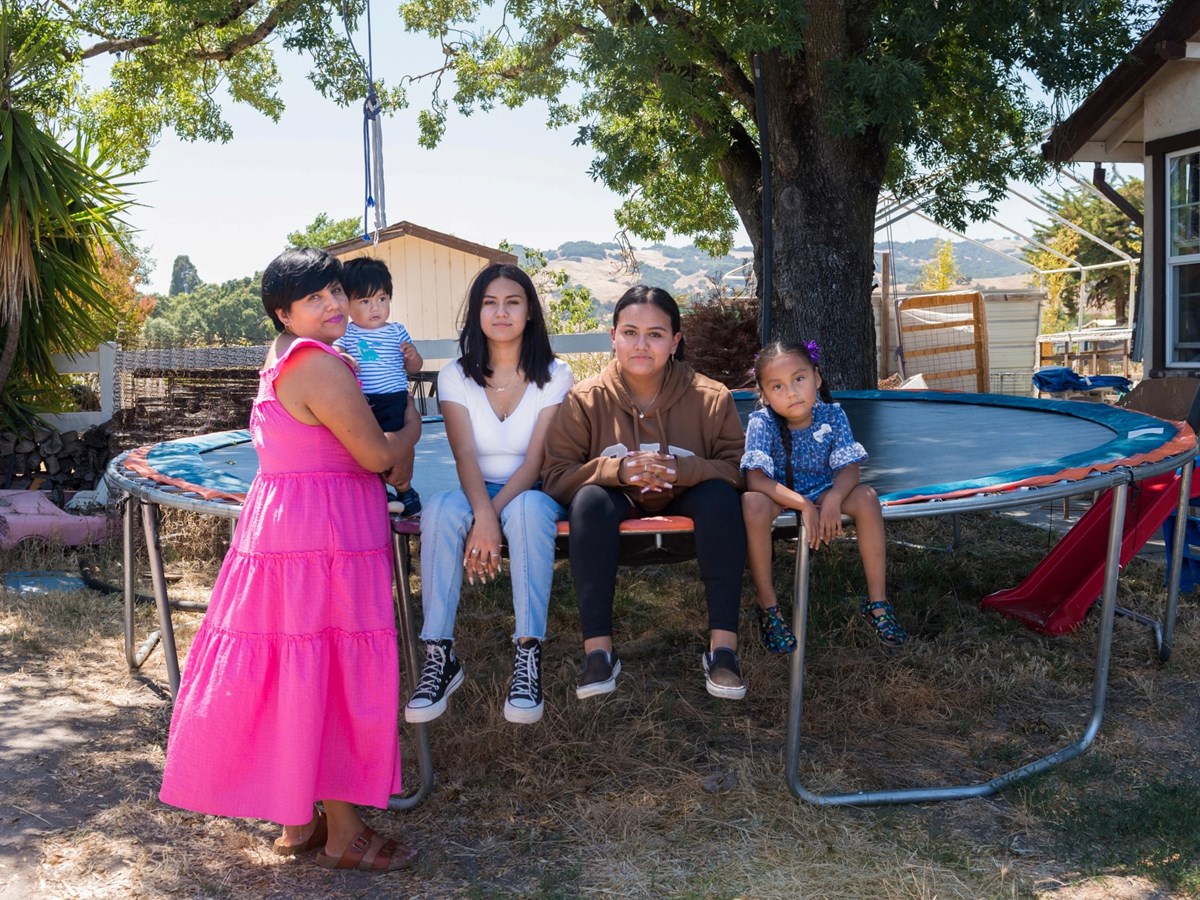 The Bravo family outside their home in Sonoma, California, in August 2022 (from left): mom Erandy with children Vicente, Maia, Mia, and Erandy.

Maia and Mia Bravo stepped outside their house on a bright summer day and sensed danger.

A hint of smoke from burning wood wafted through their dirt-and-grass yard anchored by native trees. Maia, 17, searched for the source as Mia, 14, reached for the garden hose, then turned on the spigot and doused the perimeter of the property with water.

The smoky smell sent the sisters back to one gusty October evening in 2017 when wildfire came for their previous home. From the back of the family’s minivan that night, the girls watched flames surround their trailer in Glen Ellen, a village in Northern California’s wine country. They abandoned their belongings, including Mia’s favorite doll, and left without their cat, Misi, who was spooked by the fire. The only thing the family saved was the 3-month-old’s baby blanket.

The family drove away, weaving through dark roads illuminated by burning trees and flaming tumbleweeds. Mia was quiet. Maia vomited.

As California wildfires grow more intense, frequent, and widespread, many children who live through them are experiencing lasting psychological trauma such as anxiety, depression, and post-traumatic stress disorder. Children may also develop sleep or attention problems, or struggle in school. If not managed, their emotional trauma can affect their physical health, potentially leading to chronic health problems, mental illness, and substance use.

Since 2020, the state has asked doctors who participate in the state’s Medicaid program for low-income people to screen children — and adults — for potentially traumatic events related to adverse childhood experiences, which are linked to chronic health problems, mental illness, and substance use. In the state’s most recent batch of so-called ACEs screenings that took place from January 2020 through September 2021, children and adults were found to be at higher risk for toxic stress or trauma if they live in the state’s northern counties, a primarily rural region that has been struck by large wildfires in recent years.

While the screenings can help detect neglect, abuse, or household dysfunction, doctors and health officials have suggested wildfires contributed to the high ACEs scores in rural Northern California. In an annual report, 70% of children and adults in Shasta County, where the Carr Fire burned in 2018, were found to be at high risk of trauma. In Napa County, where the Tubbs Fire ripped through wine country in 2017, 50% of children and adults were deemed to be at high risk of trauma.

In a supplemental analysis, researchers found that 75% of adults in some counties in Northern California have experienced one or more traumatic event, compared with 60% for the state as a whole. That includes Butte County, where the Camp Fire took the lives of 85 people. 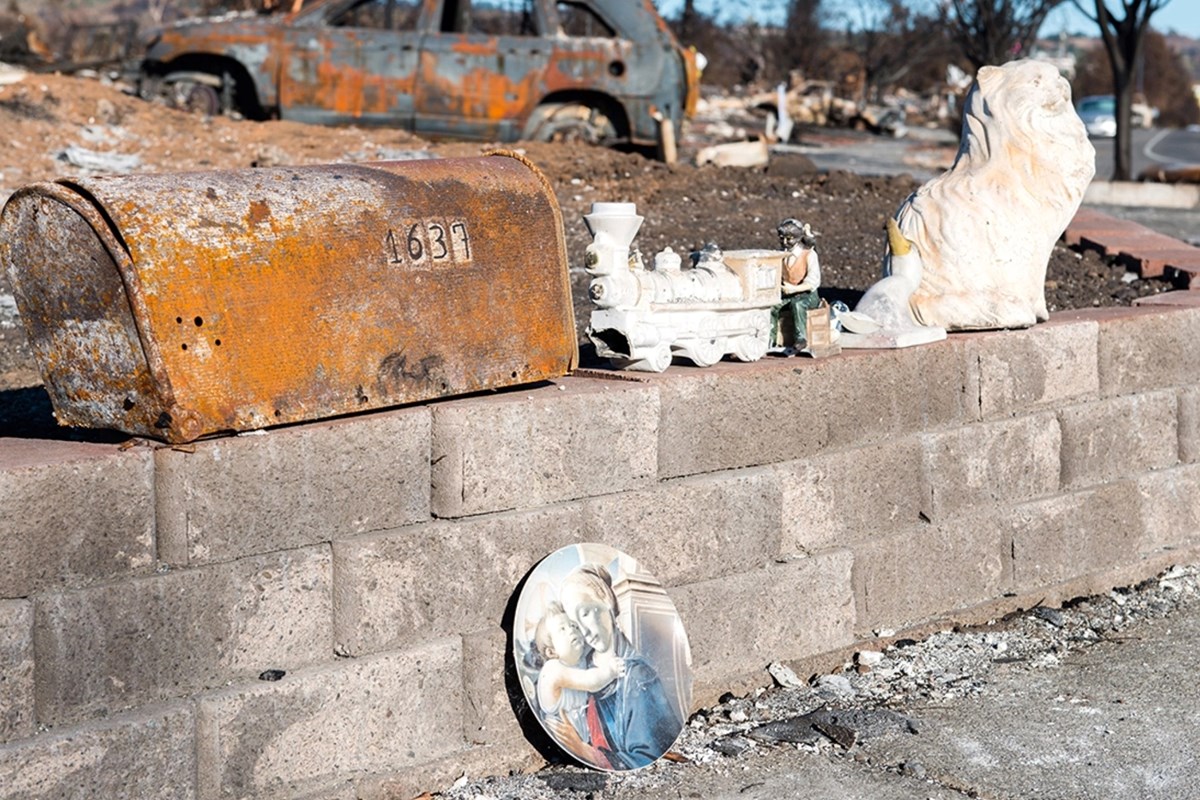 “When the population has a high range of trauma to begin with and you throw in environmental trauma, it just makes it that much worse,” said Dr. Sean Dugan, a pediatrician at Shasta Community Health Center who has conducted some of the screenings, known as ACEs Aware.

Wildfires disrupt routines, force people to move, and create instability for children who need to be comforted and assured of safety. In recent years, California demographers have attributed some dramatic population shifts to wildfires that destroy homes and displace families.

“There’s nothing more stressful for a child than to see their parents freaking out,” said Christopher Godley, director of emergency management for Sonoma County, which since 2015 has been hit by five of the state’s most destructive wildfires.

Children can also be indirect victims of wildfires. According to a study published by the Centers for Disease Control and Prevention, an estimated 7.4 million kids in the United States are affected annually by wildfire smoke, which not only affects the respiratory system but may contribute to attention-deficit/hyperactivity disorder, autism, impaired school performance, and memory problems.

In 2017, the Bravo family escaped the Tubbs Fire, which burned parts of Napa and Sonoma counties and the city of Santa Rosa. At the time, it was the most destructive fire in state history, leveling neighborhoods and killing nearly two dozen people.

They slept in their minivan the first night, then took shelter with family in nearby Petaluma.

“I was afraid, in shock,” Maia recalled. “I would stay up all night.”

The sisters were overjoyed to find their cat cowering underneath a neighbor’s trailer 15 days after they evacuated. Misi’s paws had been badly burned.

For the first few years after the fire, Maia had nightmares filled with orange flames, snowing ash, and charred homes. She would jolt awake in a panic to the sound of firetruck sirens. 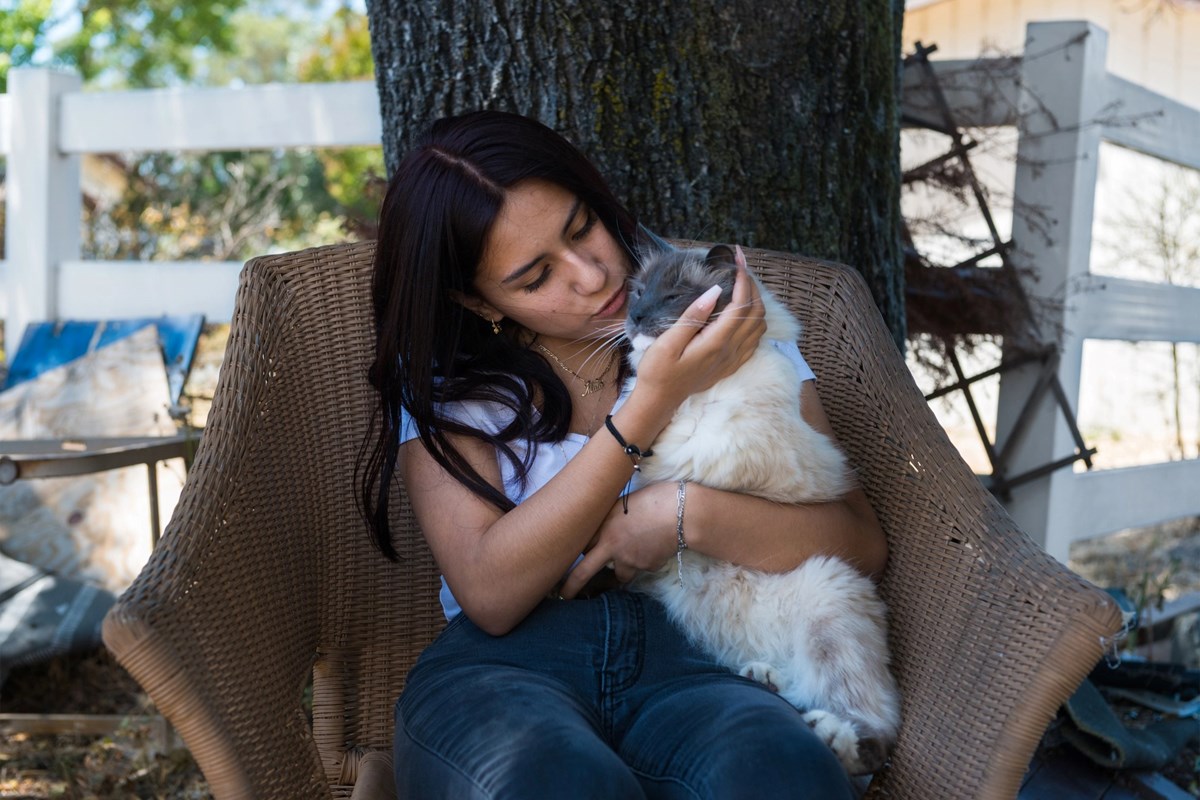 Maia Bravo with her cat, Misi, who was found 15 days after the family fled a wildfire. Misi recently passed away.HEIDI DE MARCO / KHN

Children may respond differently to trauma depending on their age. Younger kids may feel anxious and fearful, eat poorly, or develop separation anxiety from parents or trusted adults. Older kids may feel depressed and lonely, develop eating disorders or self-harming behaviors, or begin to use alcohol or drugs.

“When you have these kids who have had these intense evacuations, experienced losses of life, complete destruction of property, it’s important they have social support,” said Melissa Brymer, director of terrorism and disaster programs at the UCLA-Duke University National Center for Child Traumatic Stress.

Brymer said children also need coping tools to help them stay calm. These include maintaining routines, playing familiar games, exercising, or seeing a counselor. “Do they need comfort from their parents? Need to distract themselves? Or do some breathing exercises?” she said.

Sarah Lowe, a clinical psychologist and associate professor at Yale School of Public Health, said that while a little anxiety can motivate adults, it doesn’t do the same for children. She recommends they maintain sleep schedules and eating times.

“For kids, instilling a sense of stability and calm is really important and reestablishing some sense of routine and normalcy,” Lowe said.

Emergency responders have begun to integrate mental wellness, for both adults and kids, into their disaster response plans.

And the county will deploy mental health workers during disasters as part of its new emergency operations plan, Godley said. For example, the county will send behavioral health specialists to emergency shelters and work with community groups to track the needs of wildfire survivors. 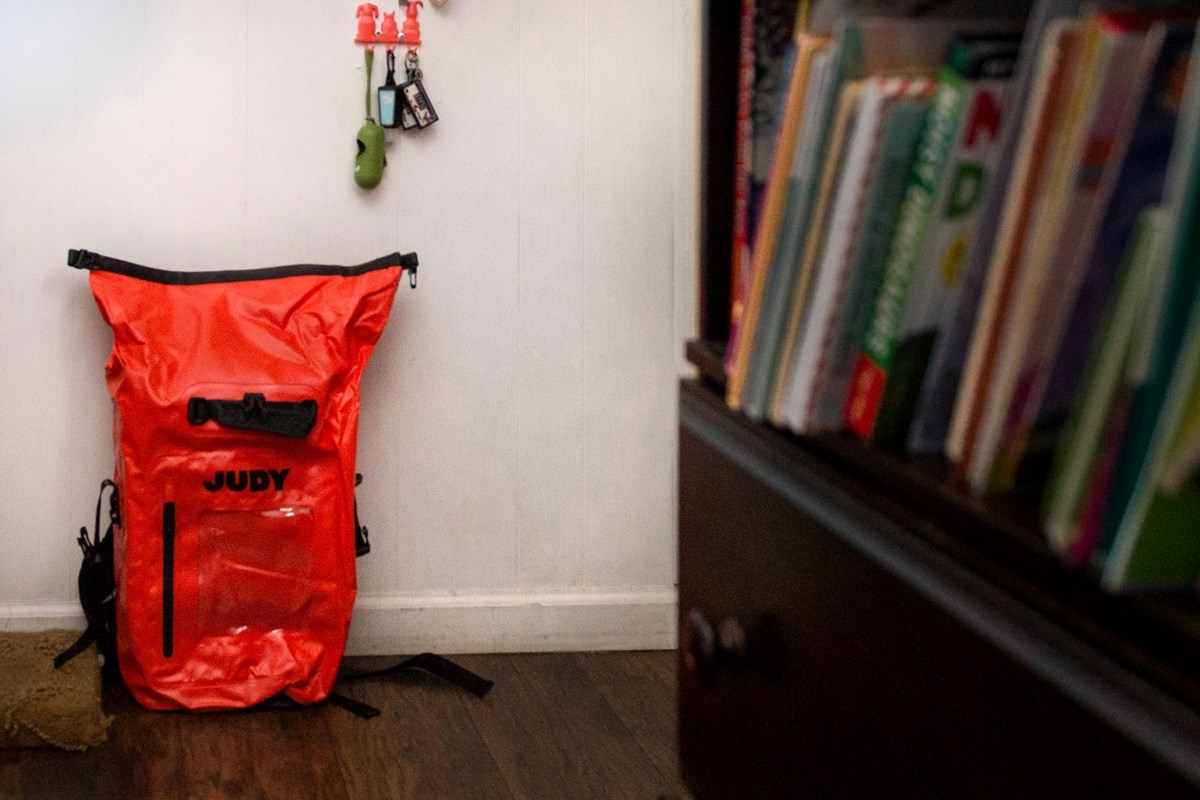 After evacuating the 2017 Tubbs Fire, an emergency “go bag” now sits by the front door of the Bravo home. Tucked inside are food, water, flashlights, and other necessities.HEIDI DE MARCO / KHN

“Many of the more vulnerable populations are going to need specialized behavioral health and that’s going to be especially true for children,” Godley said. “You just can’t pop them in front of a family and marriage therapist and expect that the kids are going to immediately be able to be really supported in that environment.”

Maia and Mia moved three times after their trailer burned down. Maia started seeing the school counselor a few weeks after returning to school. Mia was more reluctant to accept help and didn’t start counseling until January 2018.

“Talking about it with the counselor made me calm,” Maia said. “Now, I can sleep. But when I hear about fires, I get nervous that it’s going to happen again.”

Their mother, Erandy Bravo, encouraged her daughters to manage their anxiety by journaling, but the sisters opted for a more practical approach to cope with their trauma. They focused on preparation and, over summer break, kept a go bag with their schoolbooks, laptops, and personal belongings they would want in case of another fire.

The girls attend workshops on how to handle anxiety at a local teen center and have become leaders in a support group. Maia, who graduated from high school in June, will study psychology when she starts at Santa Rosa Junior College in the fall. Mia, who is in the 10th grade, wants to be an emergency dispatcher.

At their new home, when the sisters smelled smoke in their yard earlier this year, they soon realized it came from the neighbor’s chimney. Mia turned off the water and coiled up the hose. The sisters, feeling safe, let down their guard and headed back inside.