Farmworkers march 335-miles to Sacramento in push for labor rights

The last leg of the March to the Capitol starts by Southside Park Friday Aug. 26, 2022.

Carmen Hernandez Ahlborn began marching days ago from her hometown in Turlock. On Friday, she arrived in Sacramento, about 90 miles away.

Like many of the other marchers, she says she’s tired. She had to take a two-day break at one point because her feet were sore and blistered from walking.

“But you know what? I get up,” Ahlborn said. “I get up for them, for my dad, for the people that are there right now picking our fruits and vegetables.”

On August 3, farmworkers and labor organizers began a 335-mile journey from Delano to Sacramento. The march, organized by the United Farm Workers of America, began as a means to support a bill that would allow farmworkers to vote to unionize by mail rather than just in person. 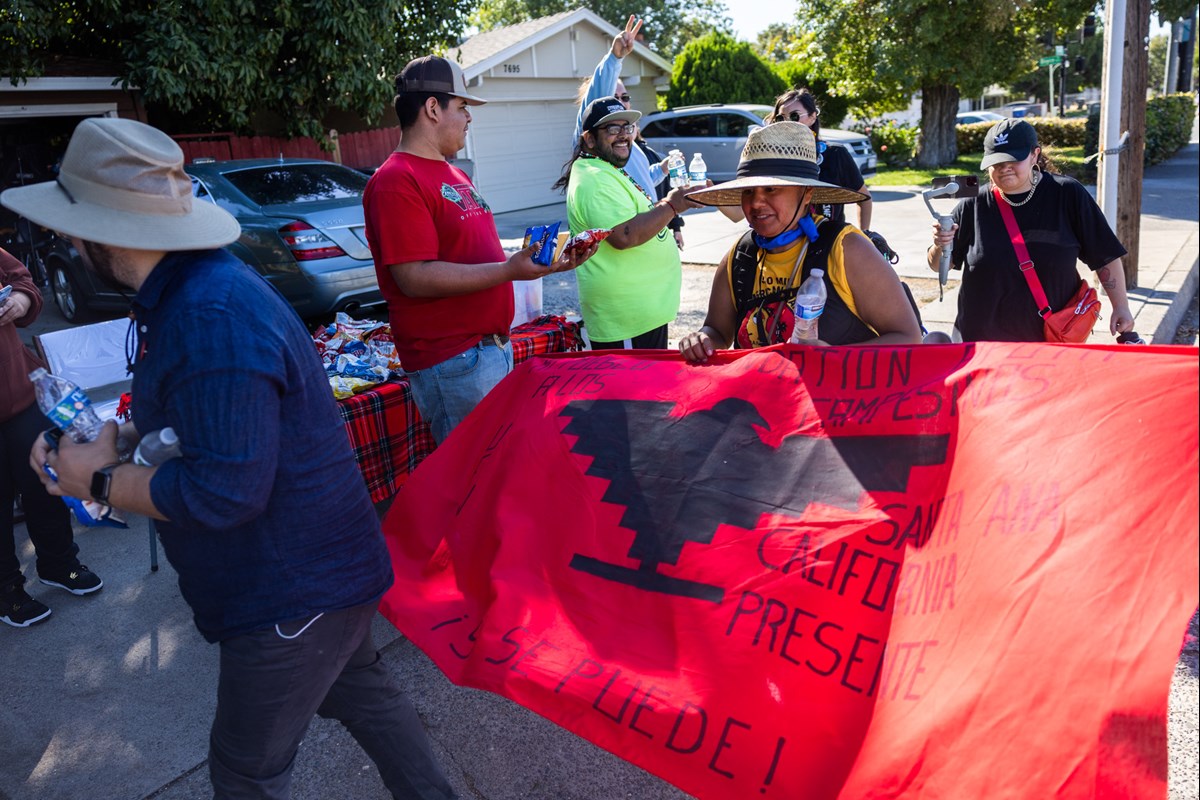 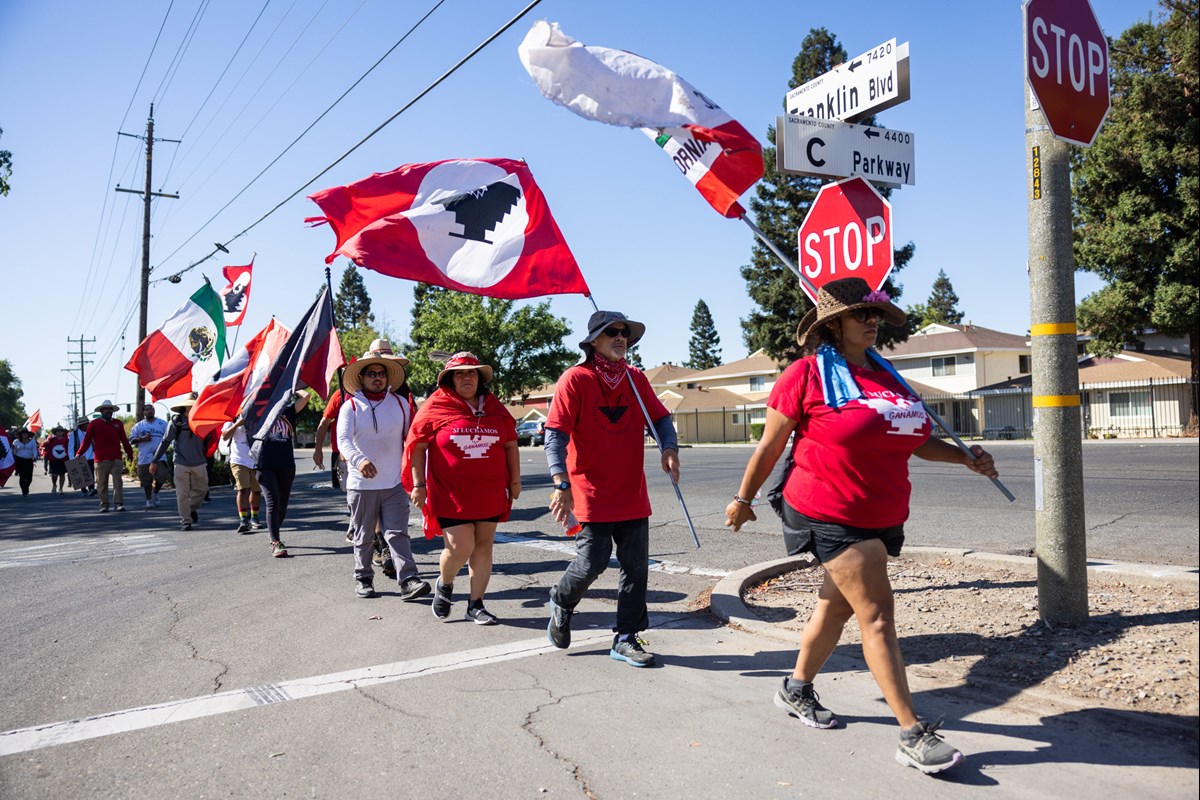 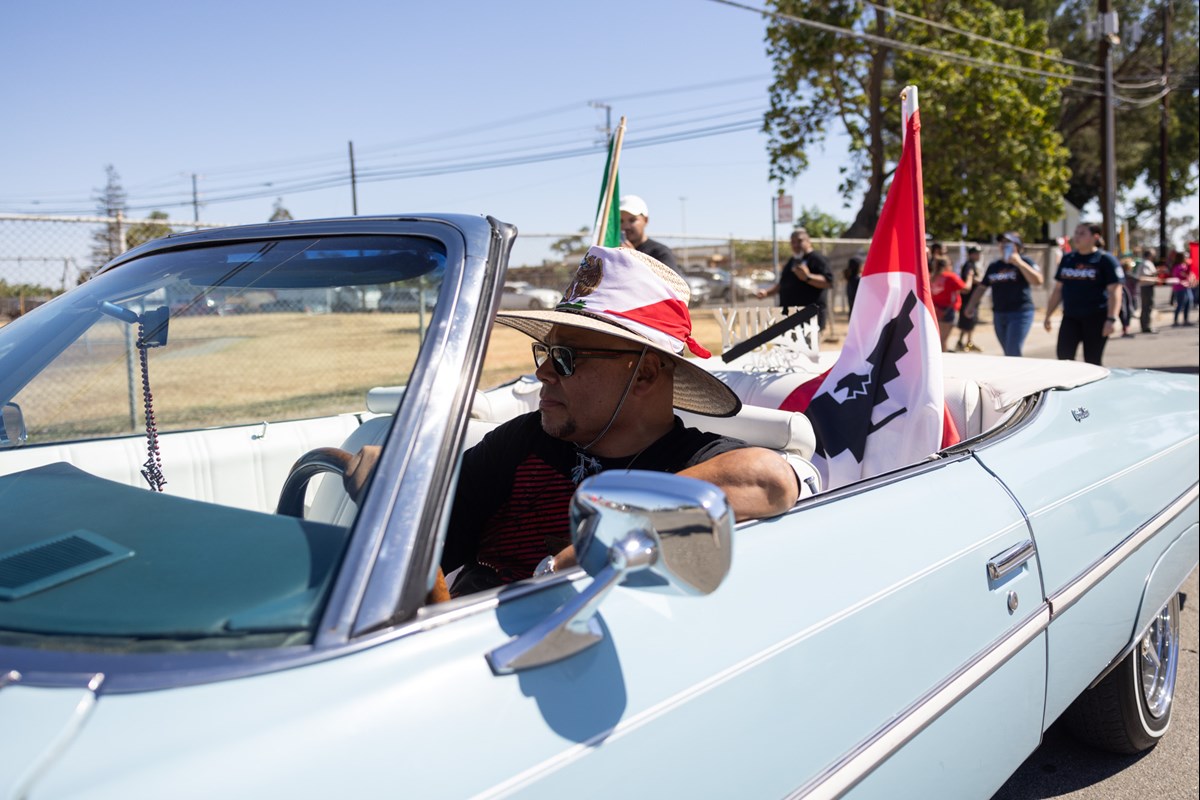 Although farmworkers’ membership in unions has declined, advocates say that the bill would offer that opportunity for those that have felt unable to organize until now. In recent years, extreme heat, wildfire smoke and other environmental hazards have made it more difficult for farmworkers to do their jobs safely.

On Friday, thousands of supporters gathered for the final day of their journey at the state Capitol. Since then, thousands of allies have shown up in support of their cause.

Mike Torres Jr. joined the march when it arrived in Modesto. As a boy, he says he worked in a farm with his family planting onions. He says that conditions can be dangerous and a union could help keep employers accountable.

“In the rain and the heat in the summer and winter, all year long, they're putting food on our table,” Torres says of farmworkers.

If passed, advocates say that the bill would allow farmworkers to unionize without as much fear of retaliation from employers.

“I have cousins and uncles that have worked the fields and the land over 20 years,” she says. “And they're not here because they're afraid. They are gripped by fear that they're going to lose their job.” 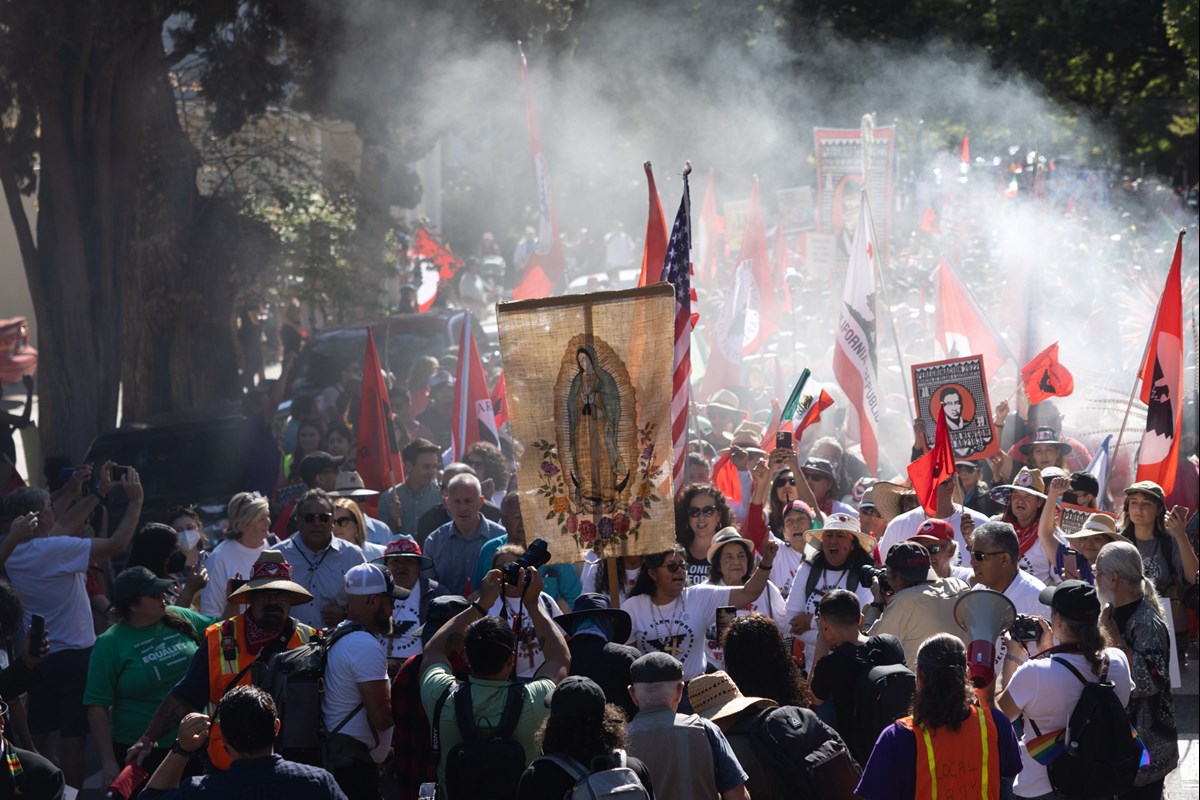 The last leg of the March to the Capitol starts by Southside Park Friday Aug. 26, 2022.Andrew Nixon / CapRadio 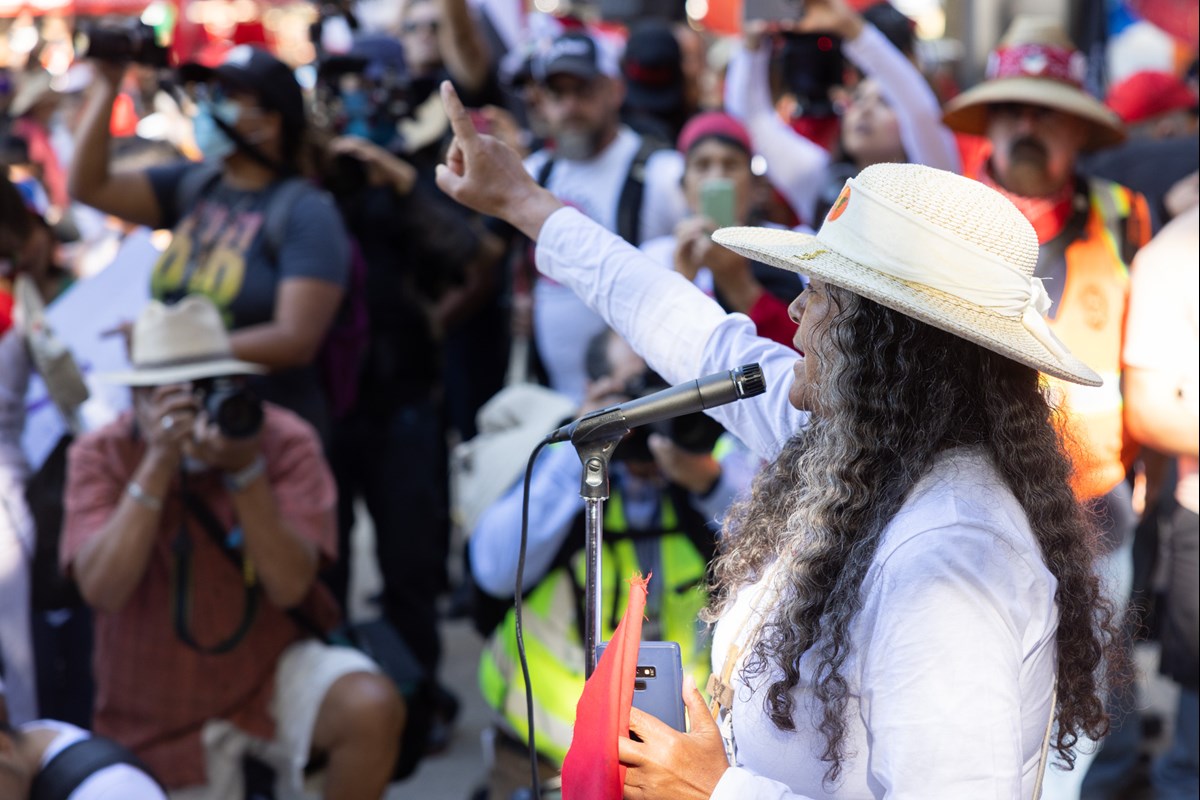 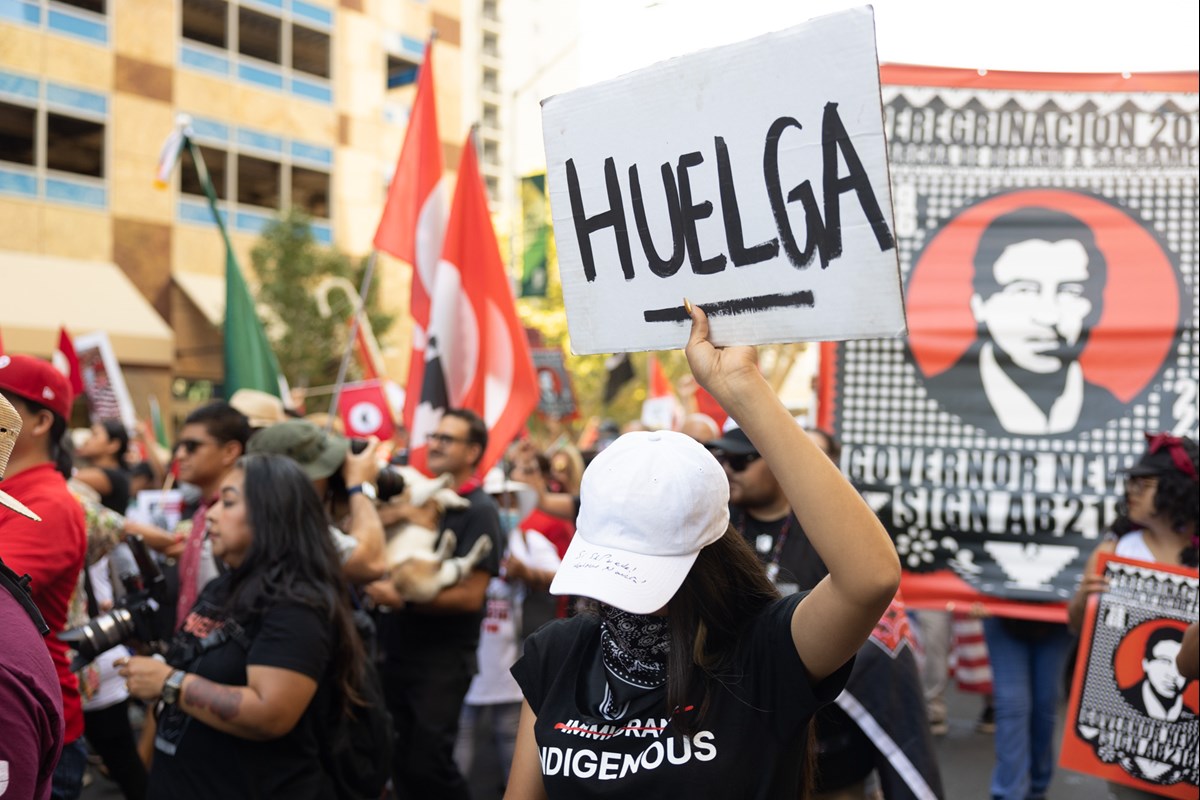 UFW marchers and supporters march to the Capitol in Sacramento on Friday August 26, 2022.Andrew Nixon / CapRadio

Governor Gavin Newsom vetoed a similar bill last year. Just hours before marchers arrived at the state Capitol, he announced that he does not support the bill in its current form but is open to negotiation.

Assemblymember Mark Stone introduced this year’s bill. He says that his office has worked on the bill with Newsom since January in an attempt to come to an agreement.

Unlike last year’s version, this iteration has a five-year sunset clause. After that time, legislators can assess the bill’s effectiveness and make changes as necessary.

“The willingness of the farmworkers to put in a sunset [clause] is showing that they are… serious about really running this and trying to allay the governor’s concerns about implementation,” Stone said.

In a subsequent statement on Friday, Stone said that onlookers shouldn’t jump to conclusions about the fate of the bill.

“I know that the governor is not happy with a bit of the current language, but I appreciate that he remains open to solutions,” Stone said.

Stone added that he believes the current language works best for farmworkers.

“Without the protections as written, it remains very hard for the government to hold employers accountable for threats, intimidation and deportation of workers when they discover an effort to organize their employees,” Stone said. 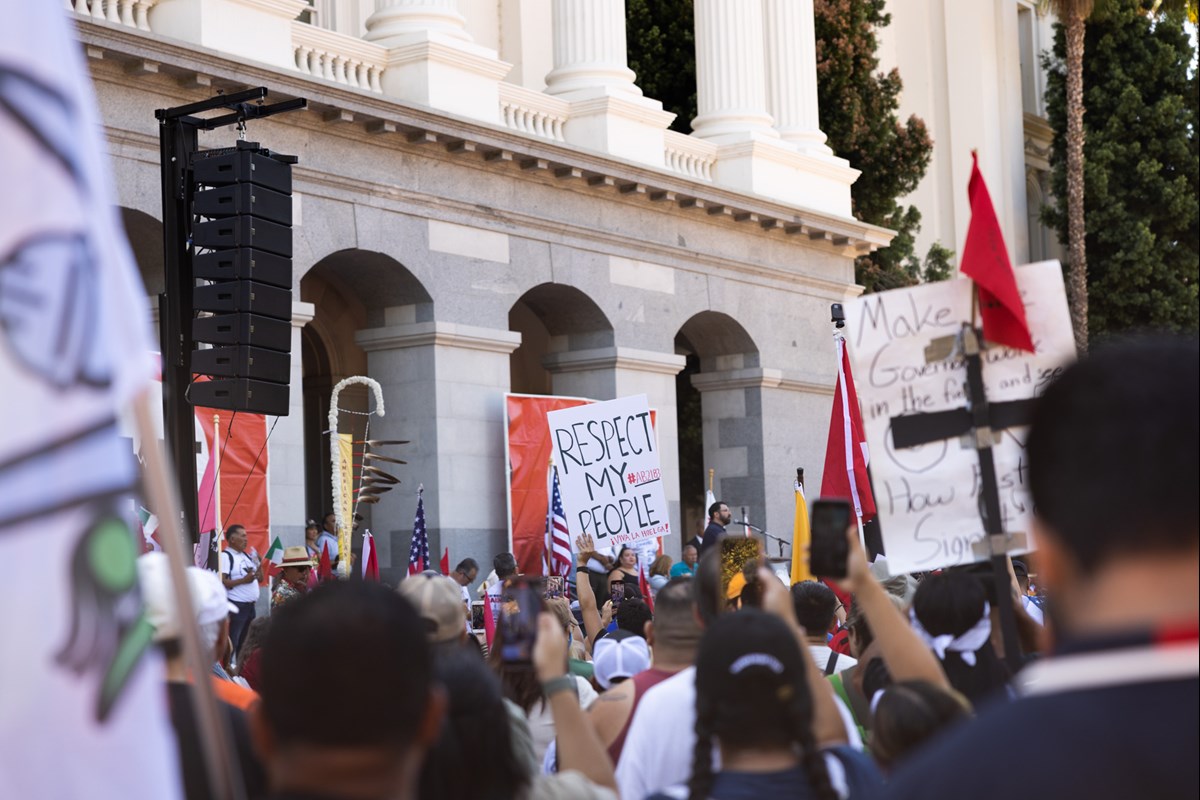 Marchers and their supporters arrive at the California State Capitol on Friday, Aug. 26, 2022.Andrew Nixon / CapRadio 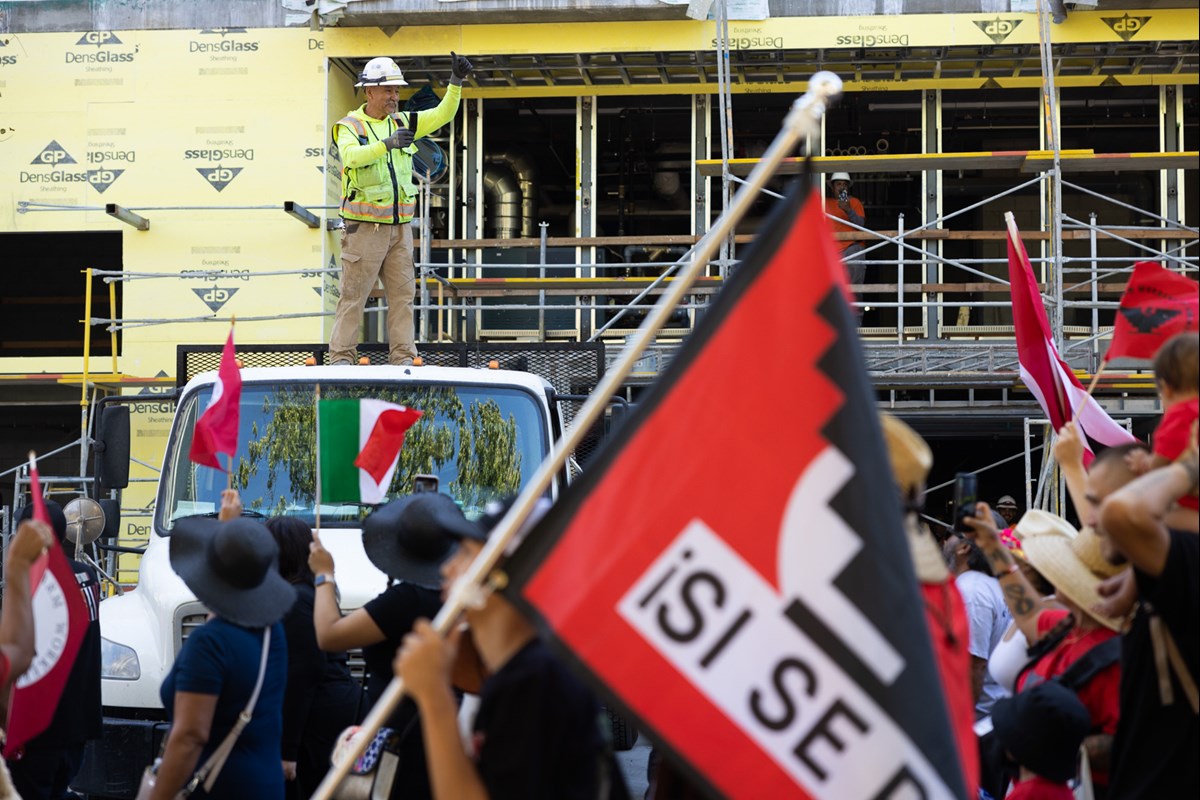 Workers on a construction site show support for UFW marchers and their supporters in Sacramento, Friday, Aug. 26, 2022.Andrew Nixon / CapRadio

Yessenia Mendez, another person attending the march, drove into Sacramento from Napa with her daughter, Mia. Mendez comes from a family of farmworkers and agreed that fear of retaliation is often a barrier for those interested in unionizing.

Despite Newsom’s recent statement, she said it was still important for her to march to the capitol.

“This does not intimidate us,” Mendez said. “No one should be walking 335 miles in pain, suffering, to make this happen.”

Legislators have until Wednesday to pass the bill, which Stone’s office says they think is likely to happen. If it does, Newsom’s decision will come sometime in September.