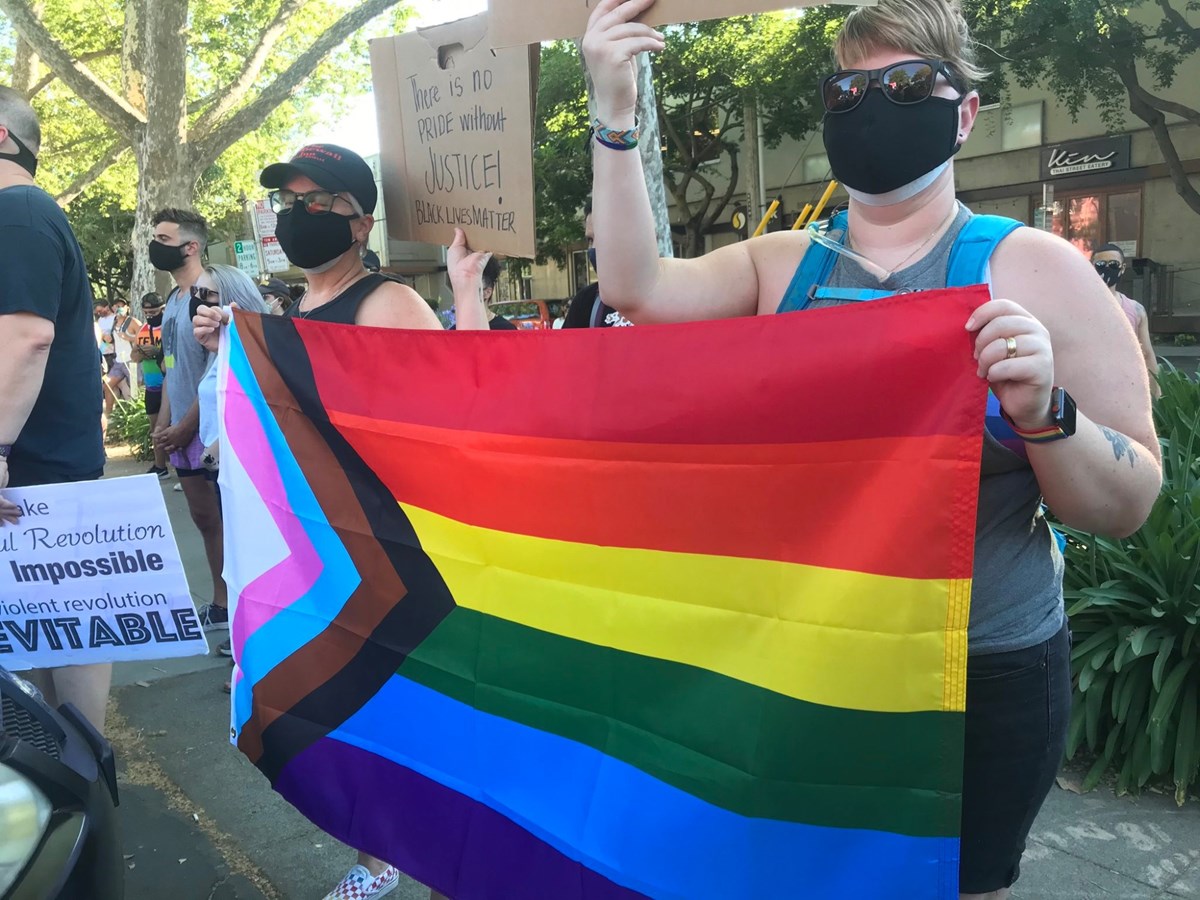 Rainbow flags, bandanas and backpacks are sprinkled through the crowd at Thursday's George Floyd protest, co-hosted by BLM and LGBTQ groups.

A proposed law protecting out-of-state transgender kids and their families from civil and criminal penalties when seeking gender-affirming care is advancing in the California Legislature.

But California's Senate Bill 107 is intended to establish the state as a refuge for families fleeing those states.

Molly Robson, with Planned Parenthood of California, a co-sponsor of the bill, says Senate Bill 107 ensures that her organization can offer care “without our providers being in fear of another state's law interfering with their duty as a medical professional.”

The bill passed the Assembly Appropriations Committee this week by a 12-to-4 vote. It heads next to the Assembly.

“This law codifies kidnapping and offers protections to a non-custodial parent who absconds with a child to California in order to get gender interventions,” said Erin Friday, with the group Our Duty.

“This whole notion of this being a kidnapping, I think that is a wild exaggeration,” he said. “These are families that are literally fleeing the possibility of being put in prison for 10 years because they allowed their child to have health care."

Tami Martin with Equality California, also one of the bill’s co-sponsors, says it is about keeping people safe.

“The goal is to protect people who may need to come to California, protect them from the laws of other states that restrict gender-affirming care to the full extent that we can here in California,” Martin said.

A recent study suggests that tens of thousands of transgender youth could lose access to care in states where Republican majorities have banned access.