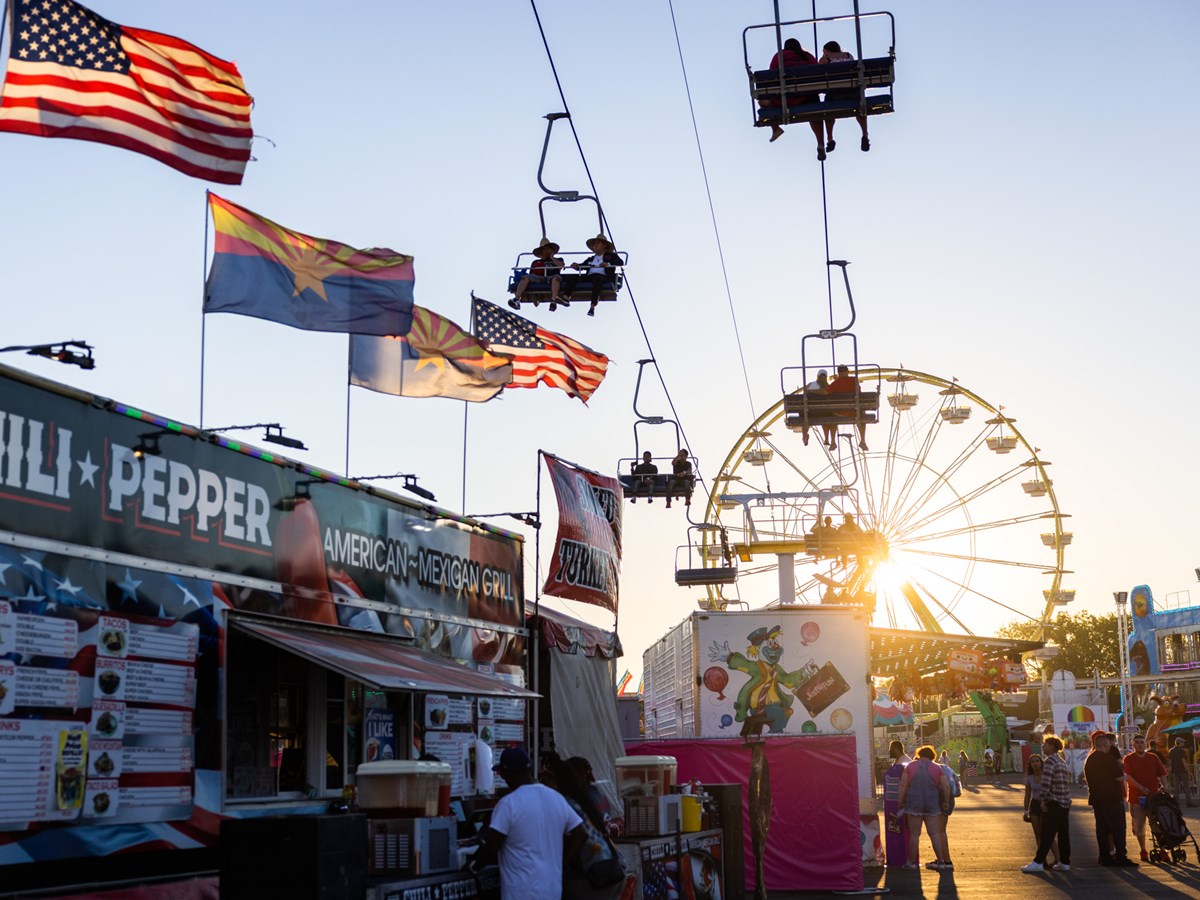 After a two-year hiatus, the Calif. State Fair returns to Cal Expo in Sacramento in July 2022.

The California State Fair and all that it brings — from carnival games to funnel cakes and livestock shows — is back at Cal Expo in Sacramento after being forced to close the past two summers due to the pandemic. 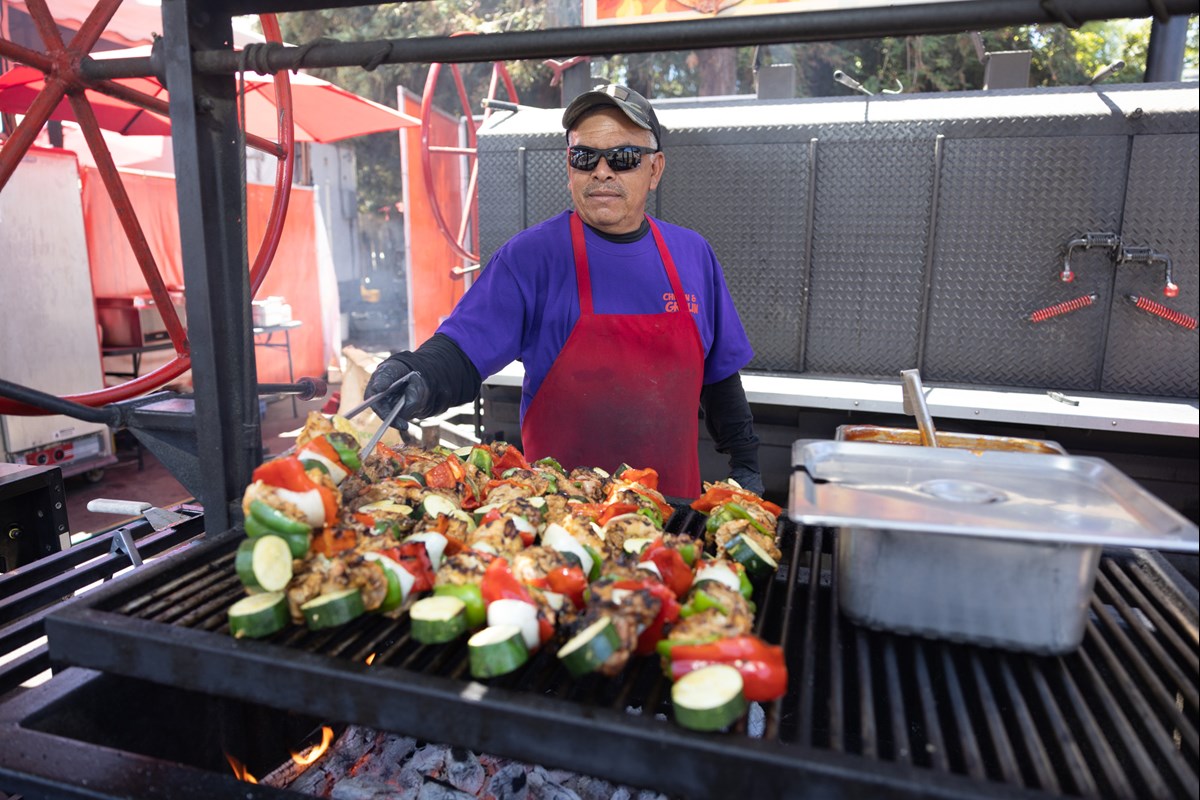 Some parents with toddlers were able to take their kids to the fair for the first time this week. Surrounded by miniature goats, sheep and wallabees at the fair’s petting zoo on Wednesday, Jeanne Cunningham of Roseville said her daughter Scarlett was excited to see farm animals up close.

“I grew up coming here my whole life,” Jeanne Cunningham added. “This is the first time since she’s been born that I’ve been able to bring her.” 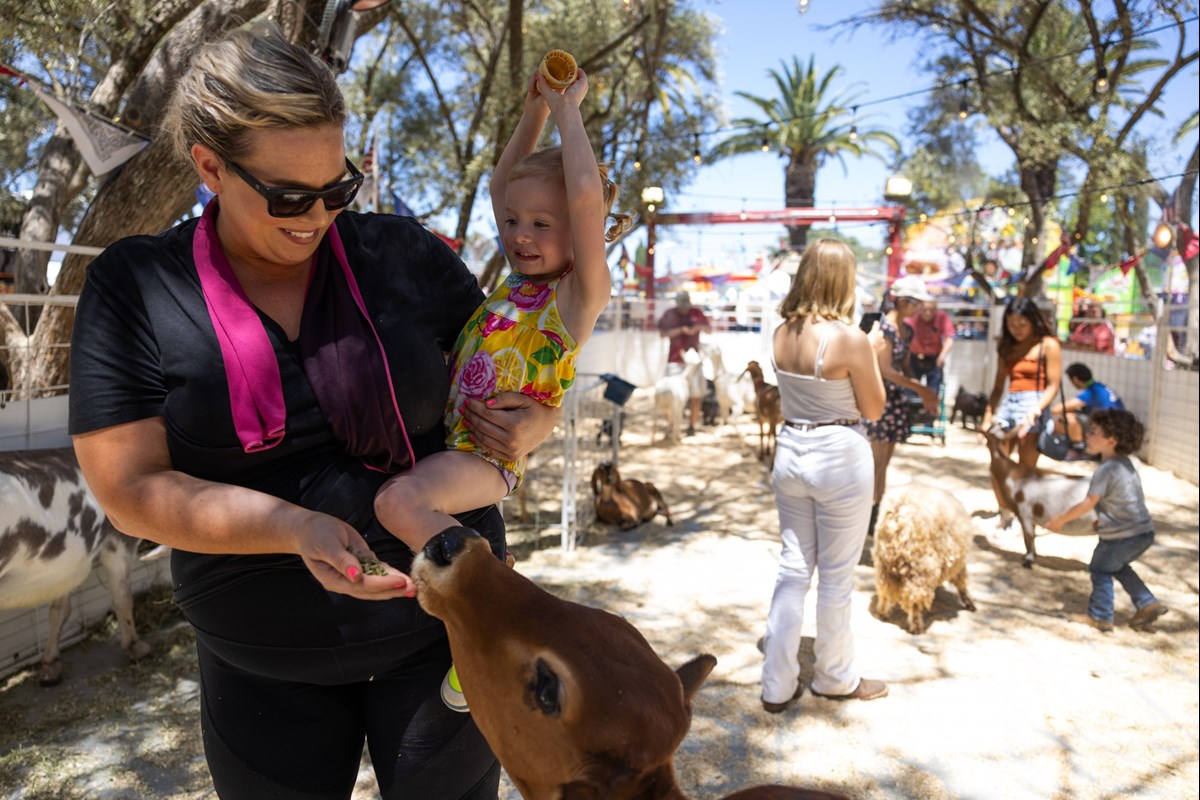 Temperatures have hovered near 100 degrees since the fair opened on July 15, and will remain in the high 90s until it closes July 31.

The scorching heat didn’t stop Bob and Sherry Kennedy from attending with their children. The Sacramento couple was chowing down on a turkey leg and spare ribs on Wednesday and planned to enjoy the Raging Waters water park inside the fairgrounds after their meal. 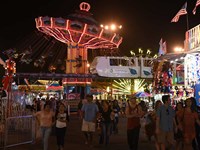 After 2 years, the California State Fair returns to Sacramento. Here’s what you need to know.

Bob Kennedy had this advice for prospective fairgoers: “Bring lots of money. Bring your shorts and get in the water when you’re done.”

For those interested in animals, there’s everything from alpacas and llamas to dogs, goats, cattle and sheep inside the fairgrounds barn.

Gina Miller of Humboldt County has shown her pygmy goats at the fair for two decades. She said she hopes families at the fair will spend some time learning about livestock.

“I think if every kid could go out to a farm for a week in their life and see where food comes from and see how it’s made and see how much responsibility and hard work it is, they would develop a relationship and empathy for animals,” Miller added. 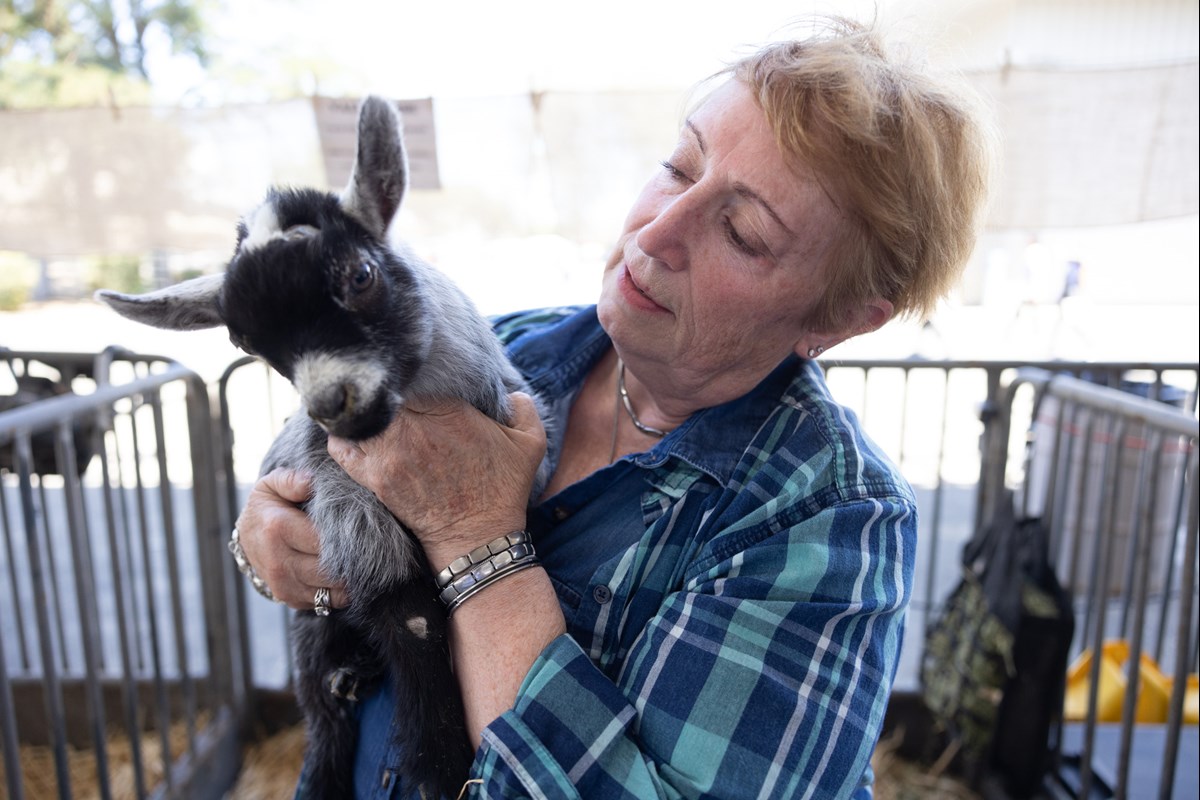 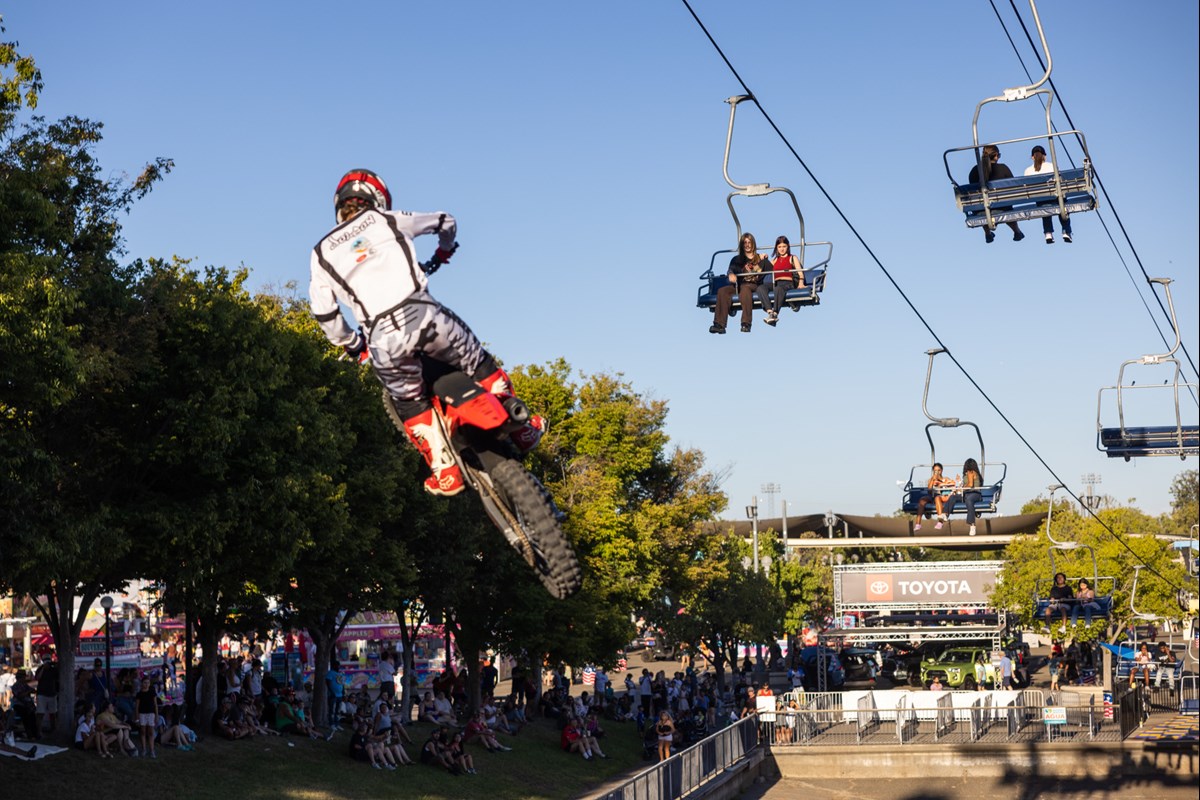 Tuesdays at the fair are free for kids under 12 and all rides are $2, regardless of a rider’s age. Children aged four and younger can always get in for free.

Parking is a separate cost from tickets and is $15 per day. 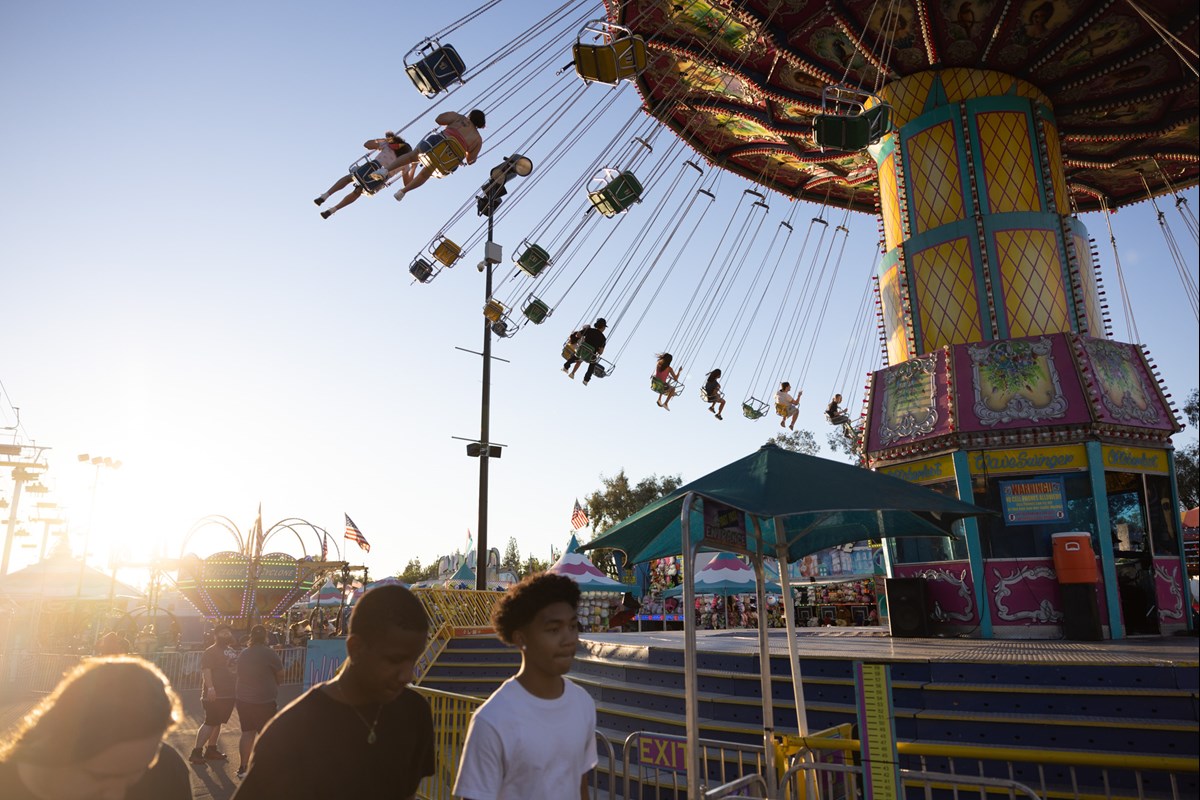