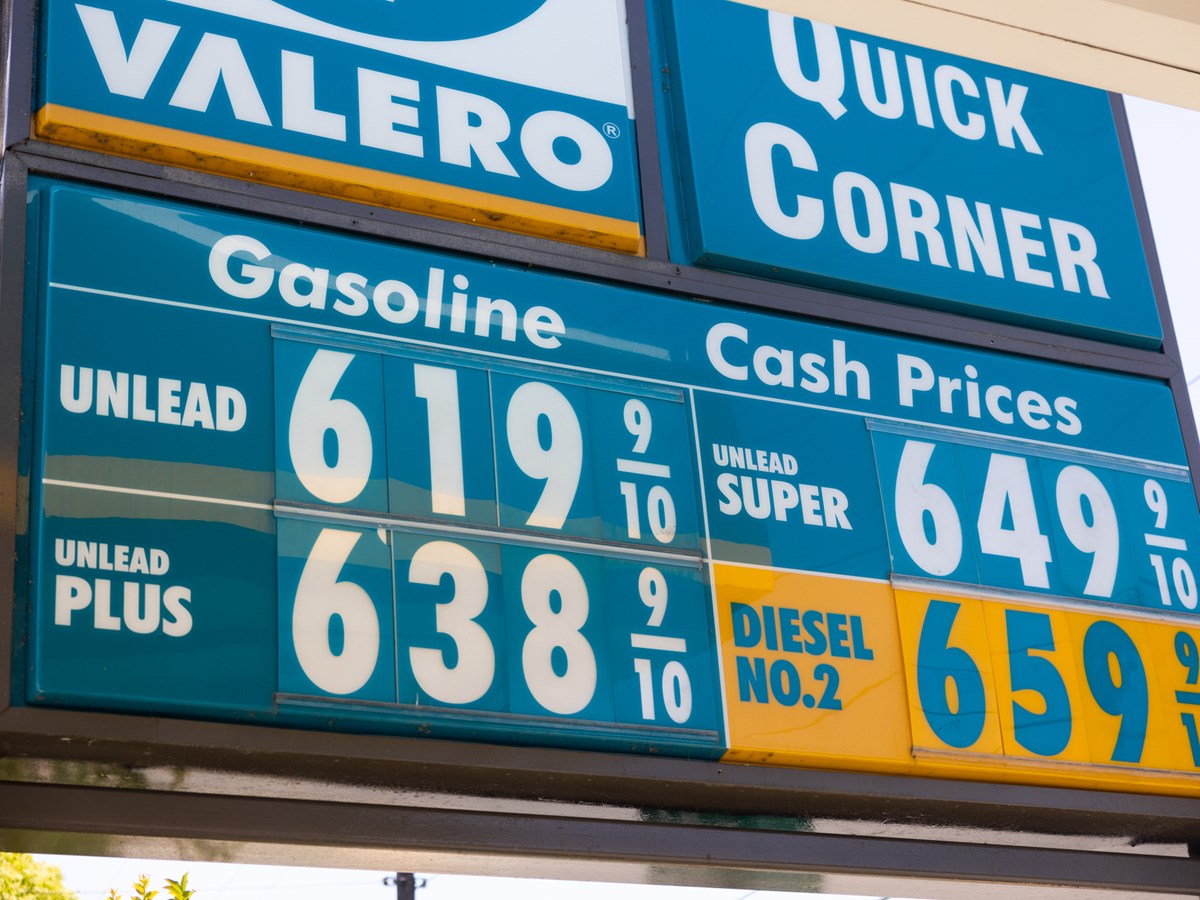 California has the highest gas prices in the nation, Wednesday, May 18, 2022.

Gov. Gavin Newsom and legislative leaders have agreed to provide as much as $1,050 to millions of California families to help with rising gas prices and inflation, they confirmed Sunday night.

The $9.5 billion in tax refunds, which CalMatters reported Friday, is part of a $12 billion relief plan that is central to a broader $300 billion budget deal that state leaders announced Sunday night.

“California’s budget addresses the state’s most pressing needs, and prioritizes getting dollars back into the pockets of millions of Californians who are grappling with global inflation and rising prices of everything from gas to groceries,” Newsom, Senate President Pro Tem Toni Atkins and Assembly Speaker Anthony Rendon said in a joint statement.

Under the tax rebate plan, households making as much as $75,000 for individuals or $150,000 for joint filers would receive $350 per taxpayer, plus an additional $350 if they have at least one dependent. So a single parent would receive $700 and two-parent families would receive $1,050.

Californians with incomes above $250,000 for an individual or $500,000 for joint filers would not receive a rebate. The relief package also includes $1.1 billion in aid for recipients of Supplemental Social Security or CalWORKs.

“The plan recognizes that some people are hurting more than others and gives them greater relief,” according to an email sent earlier this week to Assembly Democrats.

Differences in proposed spending for universities, housing and social safety net programs, as well as the details of a major climate package, lingered as the Legislature passed a placeholder budget earlier this month. But the biggest holdup to a bargain, which must pass before lawmakers leave for summer recess at the end of the month, had been the dispute over direct financial assistance for taxpayers.

Newsom and legislative leaders were at odds for months over whether to target the relief at drivers or the neediest Californians.

During his State of the State speech in March, the governor called for a plan to address spiraling gas prices, which have since reached an average of more than $6 per gallon. He proposed to send $400 debit cards to every registered vehicle owner in the state, up to two per person.

Legislative leaders firmly resisted that approach, which did not include an income limit. Progressive critics noted that it would benefit millionaires and billionaires while leaving out Californians too poor to own their own cars.

The agreement is much closer to the program that Atkins and Rendon devised, under which the state would have cut $200 checks for each eligible taxpayer and their dependents living in households making less than $250,000 per year for a couple or $125,000 per year for an individual.

Despite growing demands from Republican lawmakers, plus an increasing number of Democrats, the plan does not include a broad suspension of the state’s gas tax, which is set to increase by three cents on July 1. The relief plan does, however, include a suspension of a portion of the diesel sales tax, lowering prices by about 23 cents per gallon and costing $439 million.