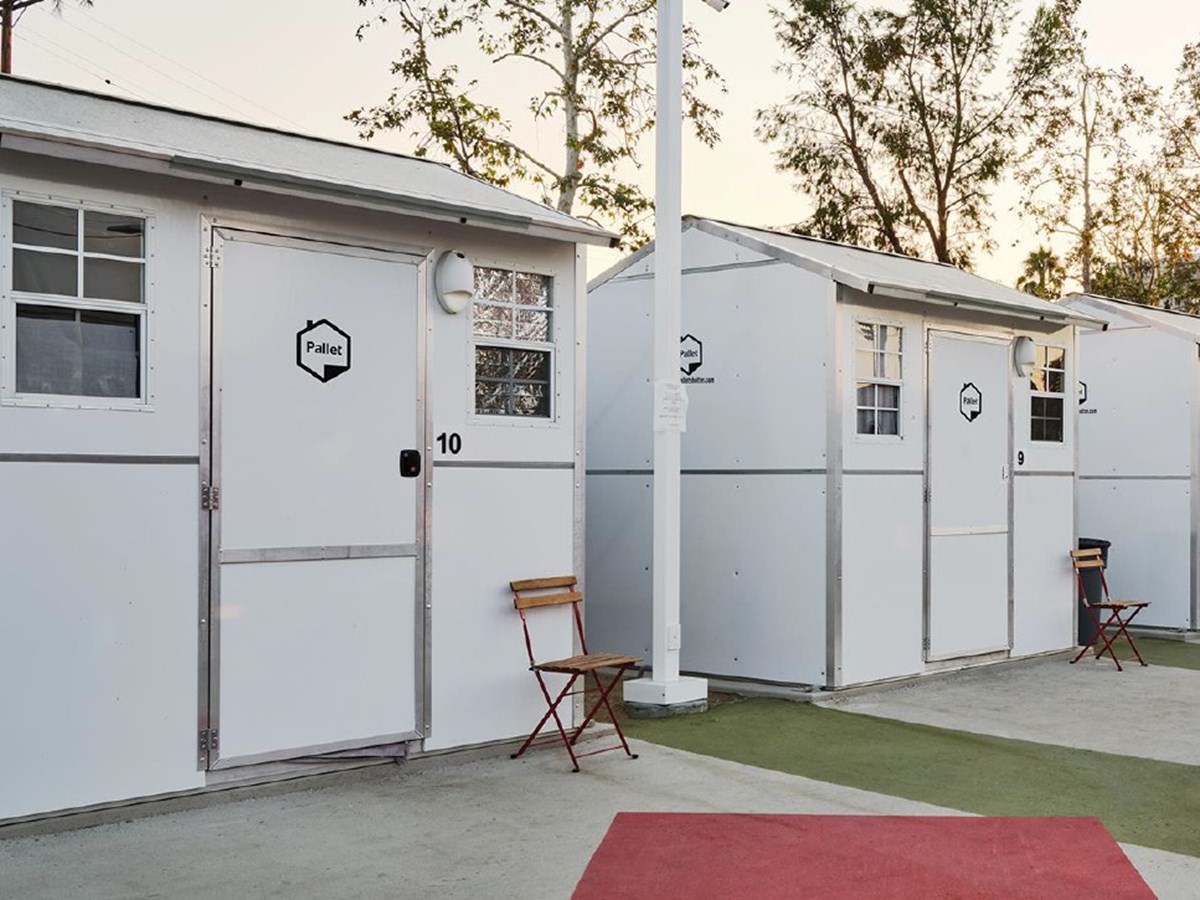 A model of what the finished tiny homes could look like.

It comes days after the Board of Supervisors narrowly approved 100 tiny homes for the same purpose about two and a half miles away. If eventually approved by the board, this would be the county’s second so-called Safe Stay Community, a model that aims to transition people from nearby encampments to more permanent housing.

Emily Halcon, the county’s homeless initiatives director, said in an interview that future sites will be spread across the county.

“We know that there’s an intense need throughout the county, and certainly the southern part of the county has more than its fair share of folks that are living unsheltered, and so we really want to address those needs,” Halcon said.

County officials hope to create hundreds of new shelter spaces by establishing these communities. They would provide guests with meals, laundry services, case management, restrooms, showers and 24/7 security to offer greater privacy and security for the homeless people who move in.

“I am glad to see the county is beginning to be proactive in creating safe places for our unhoused neighbors after two years of relative inaction,” Bob Erlenbusch, executive director of the Sacramento Regional Coalition to End Homelessness, wrote in an email on Monday, reacting to the new proposal.

Some neighbors near the first site at Florin and Power Inn roads leveled heavy criticism at county leaders. They said unhoused people would threaten the safety of children who attend a nearby church and daycare center. The board voted 3 to 2 to approve that first Safe Stay Community last week with Supervisors Sue Frost and Don Nottoli opposing it.

Halcon said supervisors will consider the new 44-unit community in mid-July. Before then, at 5:30 p.m. on June 22, the county plans to host a meeting via Zoom to answer questions for nearby residents and business owners.

“We feel confident that this gives us enough time to get people comfortable,” Halcon added. “Thus far, we’ve heard really good, positive feedback from some of the immediate, surrounding neighbors. So, we’re really hopeful that [other] folks will feel the same way.”

She said officials have already mailed notices to property owners within a 1,000 foot radius of the new site.

Sacramento County’s most recent Point-In-Time [PIT] homeless count in 2019 found more than 5,500 people were homeless, a 19% increase over two years. The survey is organized by the nonprofit Sacramento Steps Forward and usually takes place every two years but was canceled last year due to the pandemic.

The 2019 count also estimated that between 10,000 and 11,000 residents countywide experience at least one episode of homelessness during the course of the year. Those numbers far outstrip the region’s shelter capacity.

Currently, the county funds and operates approximately 1,200 shelter beds, Halcon said. Those include traditional group shelters along with a motel room program for unhoused people established during the pandemic by the state’s Project Roomkey. Meanwhile, the city has about 1,100 shelter beds.

Volunteers resumed the PIT survey in February. Results from that count will be published later this spring. Homeless advocates expect it will show a significant increase given the region’s continued lack of affordable housing.