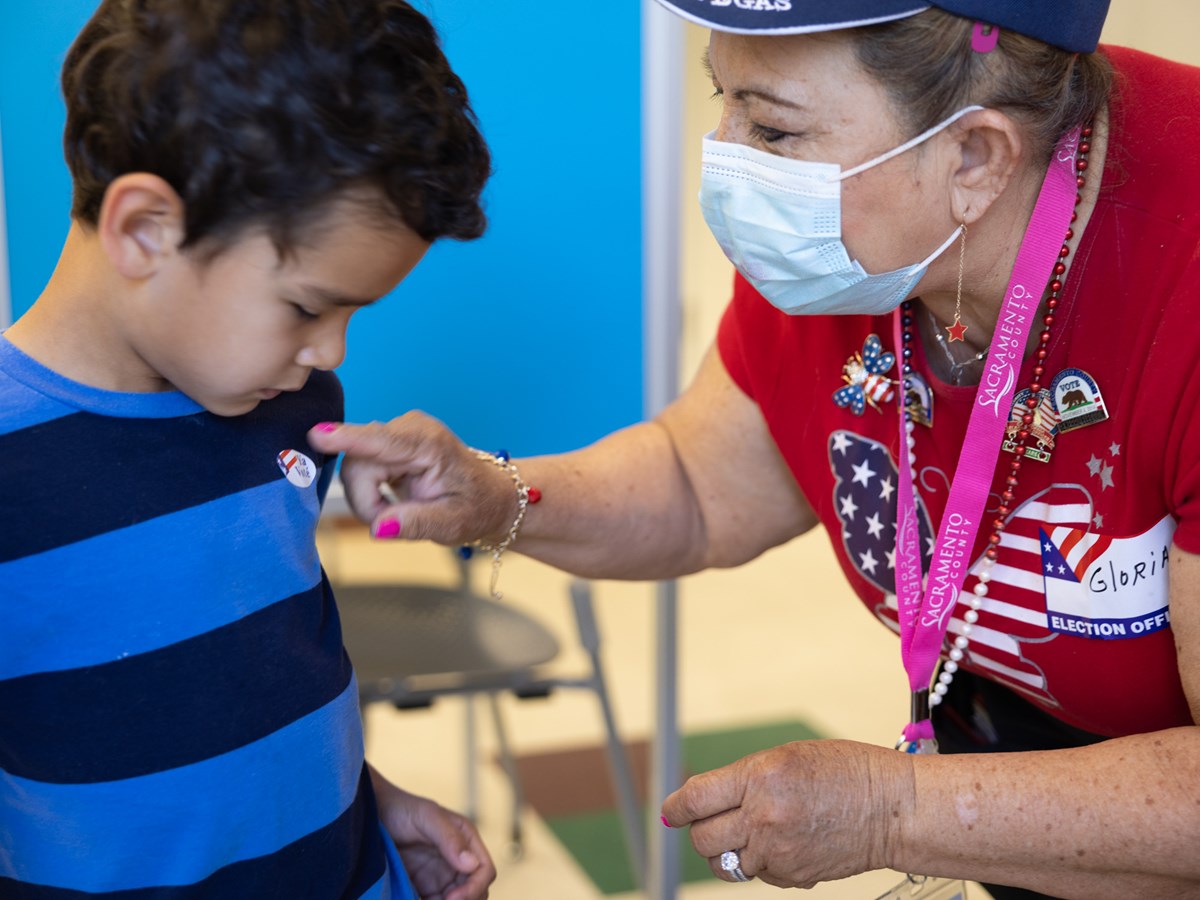 It's primary election day in California, the final chance to get your ballot in not only for statewide races like governor and U.S. Senate, but for dozens of local contests.

While many races will pick two candidates for the general election in November, some local races could be decided in the primary. In Sacramento County, that includes a new sheriff and district attorney. You can learn more in our 2022 Sacramento primary voter guide.

Last month county elections officials sent out more than 21 million mail-in ballots to registered voters around the state, and nearly 3 million have already come in. But whether you still need to turn in your ballot or haven't registered yet, there is still time to get your vote in before polls close at 8 p.m.

Here's how to make sure you're registered, research your choices and turn in your ballot.

When are the polls open on election day?

How To Check If You’re Registered To Vote

You can check your voter registration status on the California Secretary of State's website.

The portal requires some basic information, including your name, date of birth and the last four digits of your social security number. It also asks for your driver’s license or identification card number, so make sure to have that handy.

How do I register on election day?

Californians can register conditionally until  8 p.m. on election day. You can do this at your polling place or any vote center, if your county has them. You can find a vote center, also called early voting locations, by entering your county, city or zip code on this website.

You’ll receive a conditional voter registration because the traditional registration deadline has passed, but you can still cast a provisional ballot which will be counted once your eligibility is verified.

Can I still turn in my mail-in ballot?

You can also still put your ballot in the mail as long as it is postmarked by June 7 and arrives at your county elections office by June 14.

How can I research my ballot?

CapRadio put together a 2022 Sacramento primary voter guide. There, you can enter your address anywhere in California to get a preview of your ballot with information on the candidates you'll be voting on. It also has interviews with candidates for races in Sacramento County, including sheriff, district attorney, City Council and Board of Supervisors.

Can I track my ballot once I vote?

Once you’ve mailed your ballot back or dropped it off at an official ballot dropbox, you can keep an eye on its progress with the state’s ballot tracker website.

When will results be released?

California and counties will start releasing results after the polls are closed at 8 p.m., but timing will vary by county. For example, Sacramento County will release results at 8:15 p.m., 10 p.m. and midnight on election night. It will then update results every Friday at 4 p.m.

Counties have been able to process ballots that arrived early to check signatures, remove them from envelopes and feed them into counting computers. Officials are not allowed to tally votes until after 8 p.m.

Still, since California accepts mail-in ballots that arrive up to seven days after the election if they are postmarked on election day, it could take days or weeks to know final results in some cases.

"It's something that is frustrating because you still have this media culture that is all geared up on election night and wanting to get those immediate returns," said Kim Alexander, president of the California Voter Foundation. "And our voting system just doesn't deliver that anymore unless it's a really wide margin."

Where can I find results?

The election won't be officially certified by the Secretary of State until July 15. Before then, CapRadio and NPR will rely on the Associated Press to call if a race has been decided. Here's how that process works.

Will any races be decided in the primary election?

Yes, but only in specific cases.

In California partisan races, the top two finishers in each primary — regardless of political party — move on to the general election. In nonpartisan races, the top two finishers advance unless one candidate receives a majority, in which case that person wins outright and there is no general election runoff. Here's an article from 2018 that has more details on the system.

In local races, if no candidate receives a majority of the votes, the top two candidates move on to the November general election.