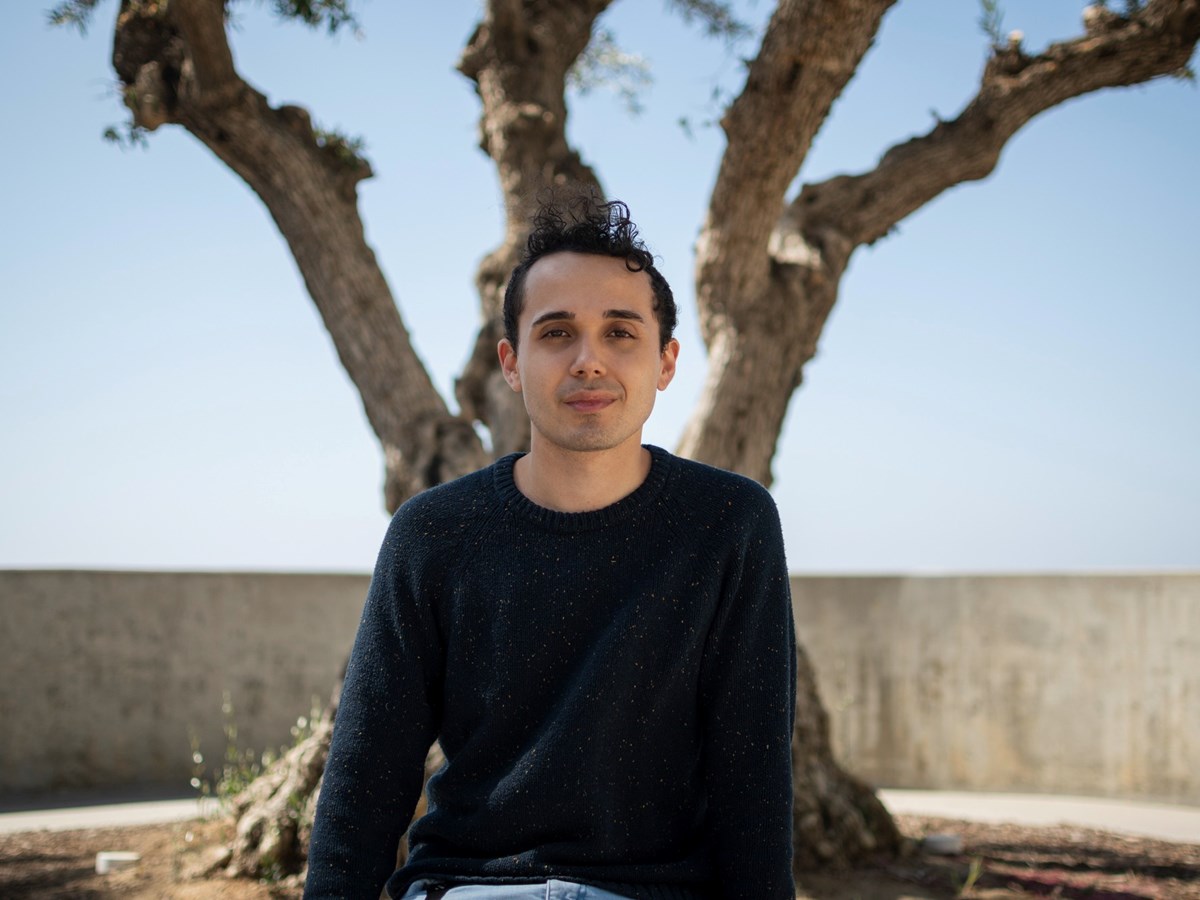 Joshua Elizondo, a student at Pepperdine University, says state aid has been vital to his educational success. March 10, 2022.

State lawmakers are considering a proposal to increase the amount of money private college students can receive through California’s main financial aid program.

Senate Bill 851 would stabilize state aid for these students by ensuring their award won’t be reduced if private colleges fail to accept a certain number of community college transfer students. It would also allow the award to grow with inflation — and make it possible for private college students to receive as much as $6,000 in supplemental aid if they are raising children or if they are current or former foster youth.

Supporters say the measure would help make private college more affordable for low-income students, increase diversity at those schools, and ease the capacity crunch in the state’s public universities.

Higher education researchers told the CalMatters College Journalism Network the bill is important to consider, as the University of California system and California State University system are overflowing with students. At least one advocacy organization warns, however, that aspects of the legislation could have the unintended effect of reducing the number of students who transfer from community colleges to private colleges.

Joshua Elizondo, an international studies major at Pepperdine University, is among those advocating for increasing state financial aid to private college students. A former foster youth, Elizondo said that the state aid, known as the Cal Grant, has been vital to his educational success at Pepperdine, where tuition is nearly $60,000 per year. Foster youth have to support themselves, and “in a lot of ways, the state is their parents,” he said in an interview.

“State aid is the access to private institutions that historically marginalized students wouldn’t have,” added Elizondo, who is set to graduate from Pepperdine in 2024. He is dual-enrolled at Santa Monica College, where he is the student body president and one of two student members of the California Community College Board of Governors.

The Senate Education Committee advanced the bill — which was authored by Sen. Anthony Portantino, a San Fernando Valley Democrat — unanimously on March 9 and referred it to the Appropriations Committee. Legislators must pass a budget by mid-June.

The Association of Independent California Colleges and Universities (AICCU), one of the bill’s supporters, estimates that it would cost up to $25.8 million annually, though the exact annual price tag depends on the student enrollment and population. The University of Southern California and the Loyola Marymount School of Education have also endorsed it.

The size of a Cal Grant award depends on the school a student chooses to attend.

At the public universities, the award increases along with tuition hikes. But the award amount for private colleges has remained relatively stagnant since 2001, when it covered about half of tuition and fees. It now only covers about a quarter, Portantino’s office said.

The state also cuts these awards by about $1,100 if the private college sector doesn’t accept a certain number of community college transfer students who have earned an associate degree for transfer, a special credential designed to provide a clear route for those students to attain bachelor’s degrees.

The bill would remove the possibility that the state could lower aid amounts if private colleges don’t meet the transfer target. In years when they do meet the goal, the award would increase along with inflation.

The measure also proposes a new method of calculating transfer targets, which would make them easier for private colleges to meet, Portantino said. Supporters of the bill say the targets have to account for enrollment declines that colleges can’t control, such as those caused by the COVID-19 pandemic.

The group hasn’t taken a stance on the bill yet, as talks about the transfer targets are continuing with the AICCU, said Jessie Ryan, the campaign’s executive vice president.

“I think the tension that I’m seeing right now is, with finite resources, how do we prioritize financial aid for both our public colleges and universities and our private not-for-profit colleges?” Ryan said. “I think that the state, frankly, and policymakers have to grapple with that tension.”

Portantino said the measure reflects the fact that private colleges in the state are educating a diverse population of students.

The majority of undergraduates on these campuses receive some form of financial aid, according to the AICCU, which represents more than 80 schools. More than 27,000 private college students receive Cal Grants, and the majority are students of color, according to 2022 data from the association.

“For upward mobility, these colleges are playing a great role,” Portantino said in an interview with the CalMatters College Journalism Network.

At Mount Saint Mary’s University, a women’s college in Los Angeles, all undergraduate students receive financial aid. Most are women of color, and 67% are first-generation college students.

State and federal funds close the gap between the aid students need and what the school provides, said President Ann McElaney-Johnson, who testified at the hearing.

“We do work with a lot of students who many institutions would consider a risk,” McElaney-Johnson said in an interview. “They come here, and because of the personalized educational experiences, the smaller class size and the mentoring they receive, they are able to succeed, graduate and then go on to prestigious graduate schools or get great jobs.” 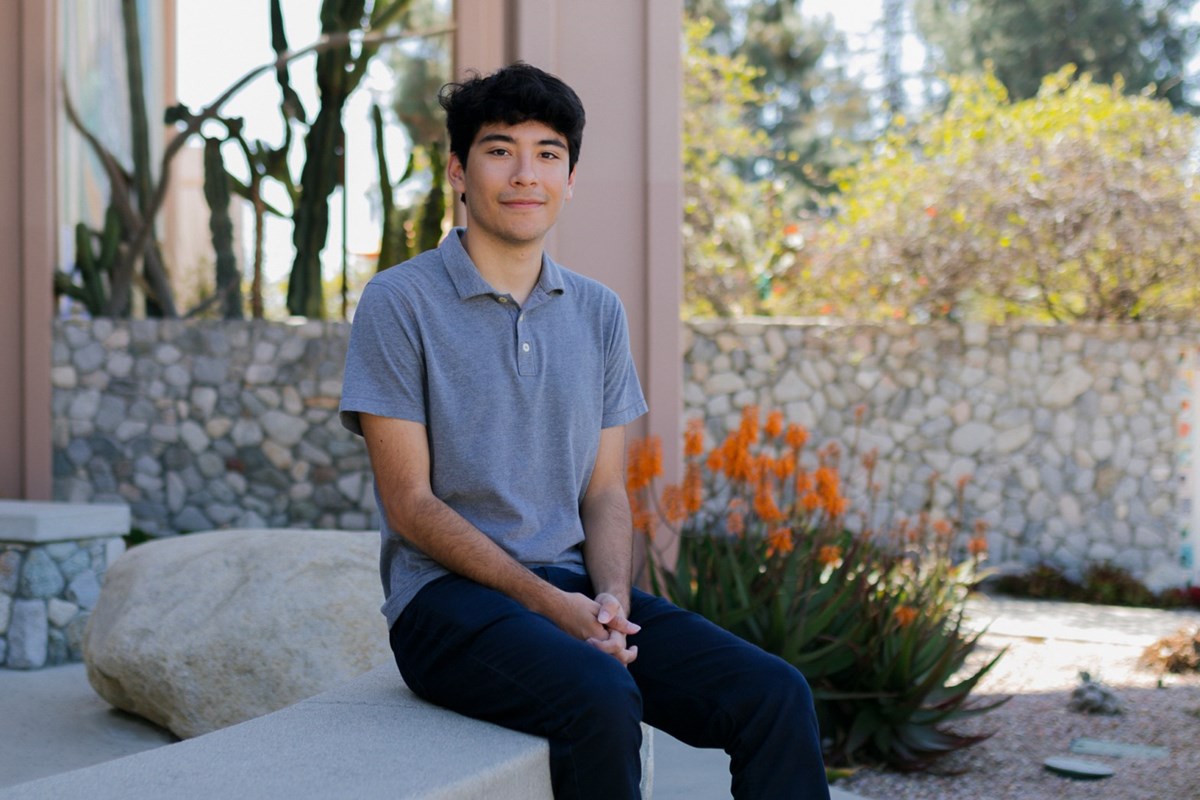 Pitzer College sophomore Diego Villegas, a Cal Grant recipient and first-generation college student, said he would feel more comfortable if there were more students like him on campus.

“There’s just not a lot of us,” Villegas said. At Pitzer, tuition is just over $57,000, though aid from the college itself covers some of that cost for about half of students.

Villegas mentors first-generation Pitzer students and spends his free time working on creative projects, including a mural, to illustrate the Latinx experience at Pitzer. He and his classmates are currently compiling their experiences into a book, which they plan to publish and sell. They’ll put profits toward mutual aid, he said.

The bill comes at a time when lawmakers are also considering a broader overhaul of the Cal Grant. AB 1746 would increase the number of eligible low-income students by lining the grant’s eligibility requirements up with those of the federal Pell Grant.

Gov. Gavin Newsom vetoed a similar measure in the fall, saying it should have been part of the state budget process, given its price tag. Newsom said in his veto that it would result in “significant cost pressures to the state, likely in the hundreds of millions of dollars annually.”

Measures like the private college proposal could be a step toward making those schools as affordable for low-income students as the state’s public universities, said Michal Kurlaender, an education professor at UC Davis.

That’s especially relevant given the pressing concern about colleges’ capacity and expansion in the state, she said.

The percentage of California high school students applying to the state’s public universities has been increasing steadily for years. But the percent enrolling has stayed relatively flat from 2001 to 2020, according to data from the Campaign for College Opportunity.

Still, Kurlaender questioned whether increasing aid to the relatively small population of Cal Grant recipients at private colleges will make a big difference in the state’s broader goal of increasing graduation rates for historically underrepresented students.

In 2020-21, 34,533 students at private nonprofit institutions were offered a Cal Grant — only 6% of all grants offered. Several previous attempts to increase Cal Grants for private college students have stalled in the Legislature.

“There’s just not an infinite pot of money,” Kurlaender said. “And so, you really want to think about, what is additional money here going to take away from?”

Kuimelis is a contributor to the CalMatters College Journalism Network, a collaboration between CalMatters and student journalists from across California. This story and other higher education coverage are supported by the College Futures Foundation.