Interview: Here are some Sacramento-based intervention services for survivors of domestic violence and sexual assault 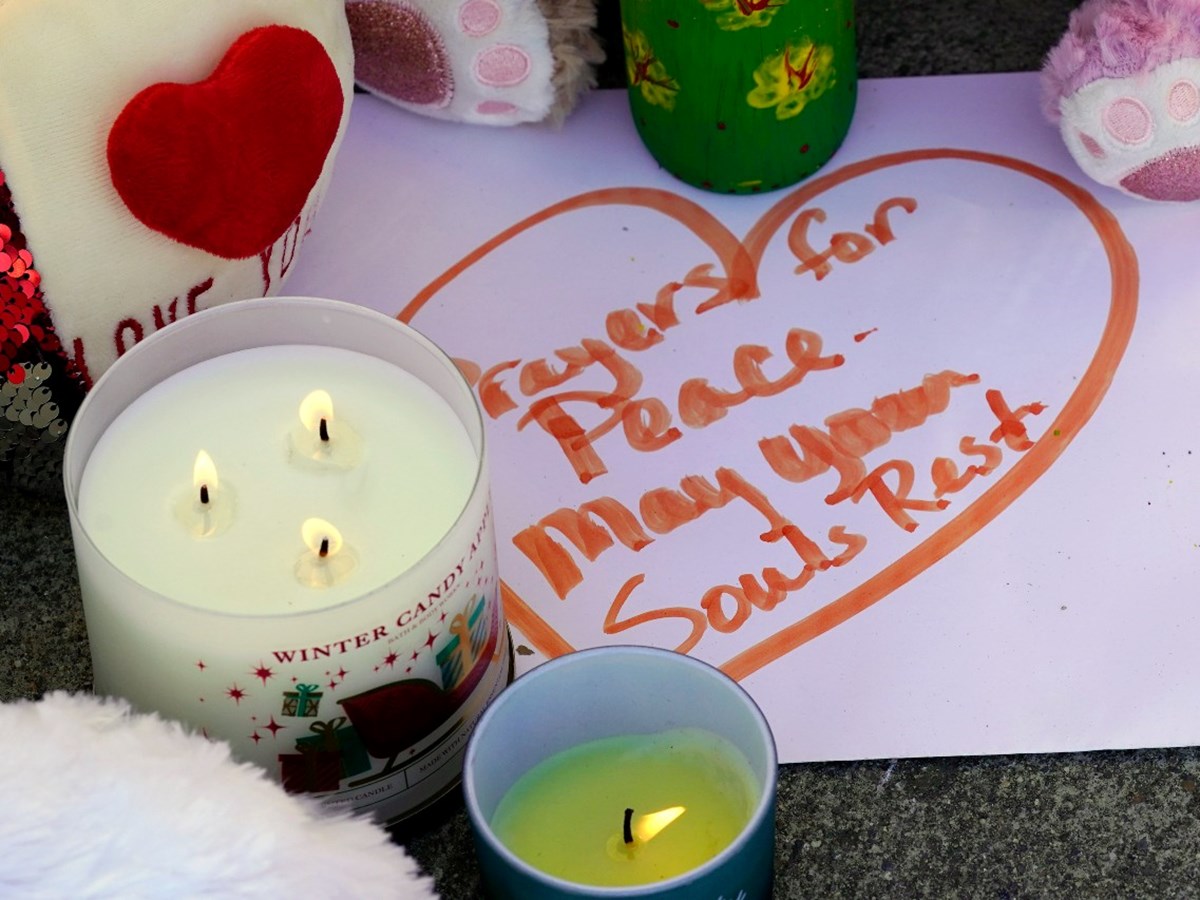 Candles and a note are part of a memorial left Tuesday, March 1, 2022, for the three young girls who were slain by their father at The Church in Sacramento, in Sacramento Calif.

Domestic violence and sexual assault can happen to just about anyone.

According to WEAVE, Sacramento County’s crisis intervention provider, 1 in 3 women experience domestic violence, while 1 in 4 men experience some form of physical violence by an intimate partner within their lifetime. That includes emotional, financial, sexual, technological, or spiritual abuse.

Last week, a man in Sacramento shot his three children, a chaperone and himself in a church during a supervised visit. The children’s mother had an active restraining order against their father, but he was still able to get a gun into his possession.

According to the Sacramento Bee, the gunman was armed with an “AR-15-style rifle.” His restraining order prohibited him from legally owning a gun.

“I really look at this situation as highlighting where we regularly let victims down in our society,” Beth Hassett, CEO of WEAVE, said on CapRadio’s Insight. “We don’t take guns away from people who have been told they can’t have a gun.”

Hassett spoke with Insight host Vicki Gonzalez about the issues of domestic violence, how it affects everyone and how we can help protect those seeking help.

On how to make sense of the shooting

I really look at the situation as highlighting where we regularly let victims down in our society. We don't take guns away from people who have been told they can't have a gun. We rely on them on an honor system where they're just going to turn them in. And we don't give them enough resources to help themselves stay safe in these situations, and the whole supervised visitation system is just broken. So I see it as a wake-up call for all of us to do better.

On how a shooting like this is possible, despite the gun ban on the shooter’s restraining order

There is no good system for getting guns out of the hands of people who are prohibited persons who have been told they can't have a gun. There just isn't a system for that unless law enforcement — when they're serving a restraining order — takes the guns right then, they just don't get taken. So I think that's one huge flaw, since we know that a domestic violence perpetrator with a gun is very, very lethal and very dangerous, as we saw here.

The other big problem is the supervised visitation judges have a lot of leeway in what that looks like, and it can range from anybody in the family providing that supervision to somebody who is a paid supervisor, which frankly, is not a very difficult certification to get.

So you've got a situation where somebody is supervising a very dangerous person in seeing their children.

And I want to be clear — there are only a few reasons that a supervised visitation would be required. One is if the person has an addiction issue and they're afraid that they will interact with the children under the influence. One is if there's a mental health issue and they're afraid that the person will do or say something dangerous and the other is domestic violence. So we're not talking about non-volatile situations where we're allowing somebody to come in and have a supervised visitation by just pretty much anybody. And that's broken.

On solutions to fix the current system of parental visitations

I think there are some procedural and policy changes that need to be made, which we're certainly looking at. You know, how can we shore up some of these laws and processes?

Because what we're doing a lot of times is leaving a victim to fill out 52 pages of paperwork and ask for protections for themselves and their children, when they aren't equipped to do that in a way that is certainly going to keep them safe.

So we just need to be throwing more resources and making sure these families are safe from the get-go and that a restraining order covers all of the things that need to be covered to keep victims and their families safe.

On how to practice self-care after witnessing traumatic news

It's interesting, we've been talking a lot about self-care at WEAVE this week and the thing that we don't talk enough about is the vicarious trauma of hearing these stories over and over.

The community feels that vicarious trauma and experiences it as well, which can cause us to just shut down and don't want to think about it, to be angry or, you know, to really feel discouraged.

I like to think I'm good at self-care. I think I ignore the vicarious trauma sometimes, and it's something that we all really need to pay attention to because this has been a heavy, heavy week and we're hearing stories about Ukraine. We're hearing these stories. We're still in a pandemic. I mean, it's just been tough for everybody.