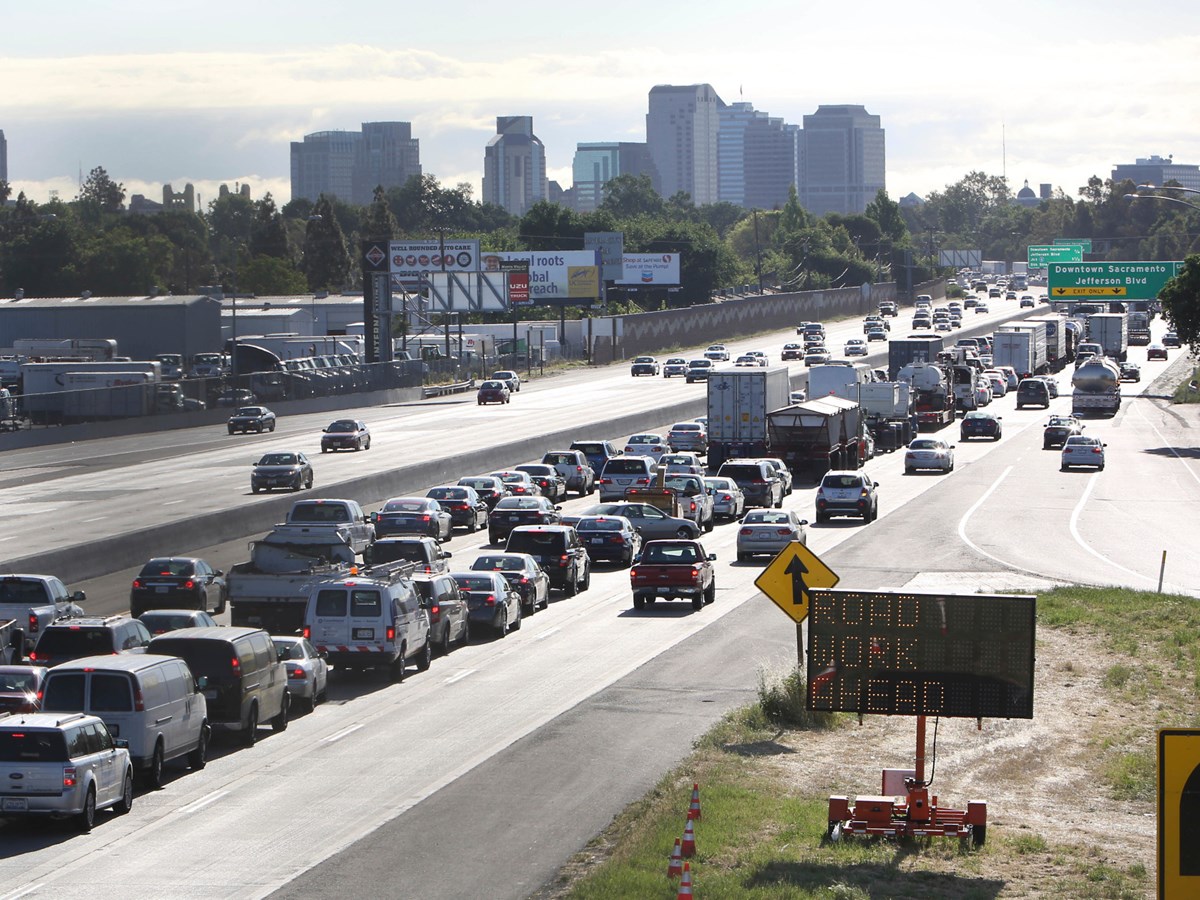 In this April 22, 2014 file photo, drivers enter Sacramento on Highway 50 to come to a near stand still as traffic backs up in West Sacramento, Calif.

Sacramento County’s climate action plan is almost finished. When it’s complete, it will join the dozens of other California cities and counties that have created plans to combat climate change on a local level in the last couple decades.

But despite their growing popularity, these plans aren’t without criticism. Environmental justice groups often find faults in their approach – or lack thereof – when it comes to including equity in their planning, like how they address affordable housing or funding public transportation.

“Cities aren’t really getting outside of their comfort zone,” said Adam Millard-Ball, an associate professor of urban planning at UCLA. “They don’t force the city to do something it wasn’t already going to do.”

A new study published in late January surveyed 170 of the existing climate action plans throughout the state, noting a rise in the inclusion of language around equity. In the study, that meant any time a plan mentioned a desire to combat “historical or present inequalities between groups.” But even when a plan did mention equity, it was not necessarily tied to definite action. 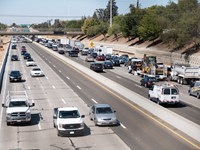 Millard-Ball says that waves of plans aimed at addressing climate change in cities first began in the 2000s, as conversations around climate change began to spread in local governments.

But efforts to cut back on the state’s highest sources of emissions – like transportation and energy production – have remained controversial. During the time of their research, 66 of the 170 plans they reviewed did not include any language about social equity. Even in those that did, Millard-Ball sees cities stalling.

The report sorted the actions laid out in these plans into “green” and “gray” categories as a way to analyze their main focuses. The “green” category described efforts like creating parks or planting trees. These efforts are often more likely to be seen as environmental by local governments.

“The green stuff is kind of ubiquitous,” said Hillary Angelo, who led the report and is an associate professor of sociology at UC Santa Cruz. “I [saw] bias toward green stuff even when it’s often not the most effective solution to problems these plans are purportedly trying to address.”

Angelo says that there are myriad reasons why a city might lean less-ambitious with its climate action plan. The most obvious is that primarily “green” plans are less contentious and easier to implement. She says it’s often simpler to plant some trees, for example, than to push for affordable housing.

But Angelo also noticed that smaller cities that don’t have teams dedicated to creating these plans will often outsource this work to consultants. This causes another issue: These plans will often be more generic as a result and lack approaches addressing specific local issues.

“In a city with a really high cost of housing or really big transit problems, you don't necessarily see a plan that's focused on housing or transit,” Angelo said.

Researchers noticed that another consequence was repetitive language in some of the climate action plans. One boilerplate phrase about the need to “proactively” address social equity issues was found, in nearly identical form, in eight different climate action plans they reviewed, including Elk Grove and Walnut Creek.

“The less the cities have come to this conclusion themselves and have identified this policy as something they are prepared to do — just having someone else paste it into your plan — it's unlikely to change the city's decision making,” Millard-Ball said.  “It doesn't tell me that the city is really invested in that issue.”

Then there are “gray” actions, which are plans that the report describes as being less obvious but key contributors to emissions in California. These plans include changes to city infrastructure, such as the approach to transportation or housing.

Angelo says that these plans are frequently less popular, more expensive to implement and tend to be the most politically contentious.

This came as no surprise to Angelo; plans to discourage use of personal vehicles, for example, are often much less appealing than creating a new park. But Angelo found that “gray” plans more frequently included equity as part of their thinking.

“The appearance of equity language does kind of correlate with an increase in policies related to housing and transit and so on,” she said.

Areas with progressive voter populations tended to include more equity language in their climate action plans and were often earlier adopters of these plans overall. But one positive finding of the report was that more cities, including conservative ones, have begun to adopt climate action plans as a whole.

Alongside that, more have begun to include equity language in their plans in recent years as well, even if those plans are still primarily “green” in their approach.

“It's a sign that things are changing, and it's a kind of political opportunity,” Angelo said.

When looking at Sacramento County’s plan, Millard-Ball sees the draft-in-progress as being “in the middle of the pack” in terms of its ambition, a mix of green and gray with a heavier emphasis on the green. He and Angelo looked at Berkeley and Oakland as examples of plans that are ahead of the curve.

CapRadio reached out to both the city of Oakland and Berkeley to discuss their plans and the study’s findings, but did not receive a response.

She says this often comes down to how she explains the problem.

She sees a definite need for more “gray” policies, although she says that doesn’t mean throwing out the “green.”

“Absolutely, these communities need trees,” she said. “And I think the takeaway is not quite just giving communities trees, but it's like they need trees and more.”

Angelo agrees with this sentiment, adding that what’s needed overall is attention to local needs.

But Millard-Ball says that if these plans are to be effective in the future, it means radical change from what’s currently the status quo.

“In order to make change, there's not going to be 100 percent agreement on these difficult decisions if cities are serious about reducing emissions,” he said. “We've already done most of the kind of easy, cheap, quick fixes that everyone can agree on.”