Community members and organizations stood with Wanda Clark, 71, and her family in the driveway of her Oak Park home as she spoke about her fight to keep her house during a press conference on Oct. 20, 2021.

Just months ago, on a chilly October morning, Wanda Clark stood in front of her Oak Park home struggling to hold back tears. The 71-year-old was on the verge of having the house she’d owned since 1995 sold without her approval, after unfinished construction left her with mounting debt and fines from the city of Sacramento.

Fast-forwarded to Jan. 17, and the house is now rubble — completely demolished after Clark was left with few other options to escape the grips of a court-appointed receiver, or someone to legally oversee the property in lieu of Clark.

While the house is gone, the land remains her’s, and Clark considers that a win.

“Even though I'm not able to live in my home at the present time, I am thankful — at least I have my land and will be able to rebuild,” Clark said at a press conference. “Dealing with this receivership has been very hard for me.”

Clark’s house had sat vacant for nearly three years with significant structural issues and toxic mold before it was demolished. In 2005, she says she took out a loan to add two bedrooms and a bathroom on top of her garage. Her daughter’s husband was killed, and she wanted to give her family a place to live.

But she says the contractor took off with the money before completing the renovation. The addition on top of the garage sat bare for more than a decade.

In April 2019, the city boarded up the home and the Sacramento Municipal Utilities District shut off the power. Two years later, after the city tried to work with Clark on a solution, the courts appointed a receiver, who filed paperwork to put the home on the market.

Several Sacramento organizations — including the Sacramento NAACP, the local Habitat for Humanity group, the Sacramento-Sierra Building Trades, Sacramento Housing Alliance and more — stepped up to help. 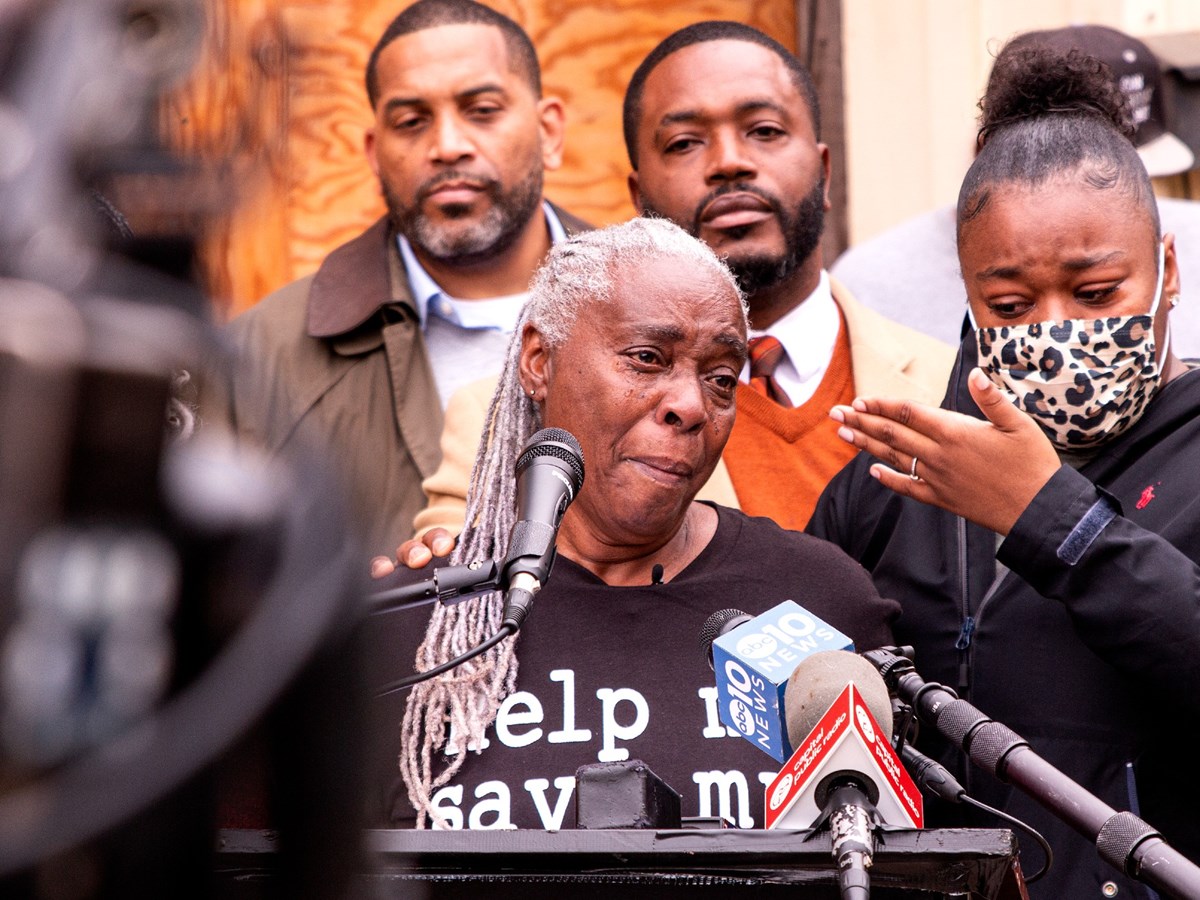 Wanda Clark, 71, stood in the driveway of her Oak Park home surrounded by family as she spoke about her fight to keep her house during a press conference on Oct. 20, 2021.Kris Hooks / CapRadio

Kendra Lewis with the Sacramento Housing Alliance said the groups worked with the city and receiver on a solution that would allow Clark to keep her land. The deal would release the home from the receivership once it was torn down and suspend fees Clark incurred from the city of Sacramento, Lewis said.

“Ms. Clark has worked incredibly hard her entire life. Her story is one of hope and perseverance and of the community coming together,” Lewis said in a press release. “This outcome not only allows her to maintain ownership of her land, it allows her to maintain her dignity. I have no doubt these efforts will lead to more programs that help local homeowners avoid similar situations.”

Lewis added that the city would pay for the receiver’s fees through an anti-displacement program created ahead of the completion of the billion-dollar UC Davis Aggie Square project.

Sacramento-Sierra Building and Construction Trades Council demolished the home Jan. 17 at no cost to Clark.

“We think this is a sad story of someone who fell victim to a less than desirable contractor and caused her a lot of misery,” said Kevin Ferreira, Executive Director of the trades council. “We look forward to doing what we can to help Ms. Clark move back into a new home.”

Habitat for Humanity of Greater Sacramento also worked with Clark and her mortgage lender to ensure she keeps the home after the demolition and removal of the receivership.

“This is a middle chapter in the ongoing advocacy for Ms. Clark, not the ending,” said Leah Miller, President and CEO of Habitat for Humanity. “While Ms. Clark is no longer incurring costs and will be able to retain ownership of her land, there is much more to be done.”

The Sacramento NAACP and Lift Love Up Always are looking for financial support to help Clark rebuild her home. To donate, mention “Wanda Clark Project” at www.naacpsac.com.