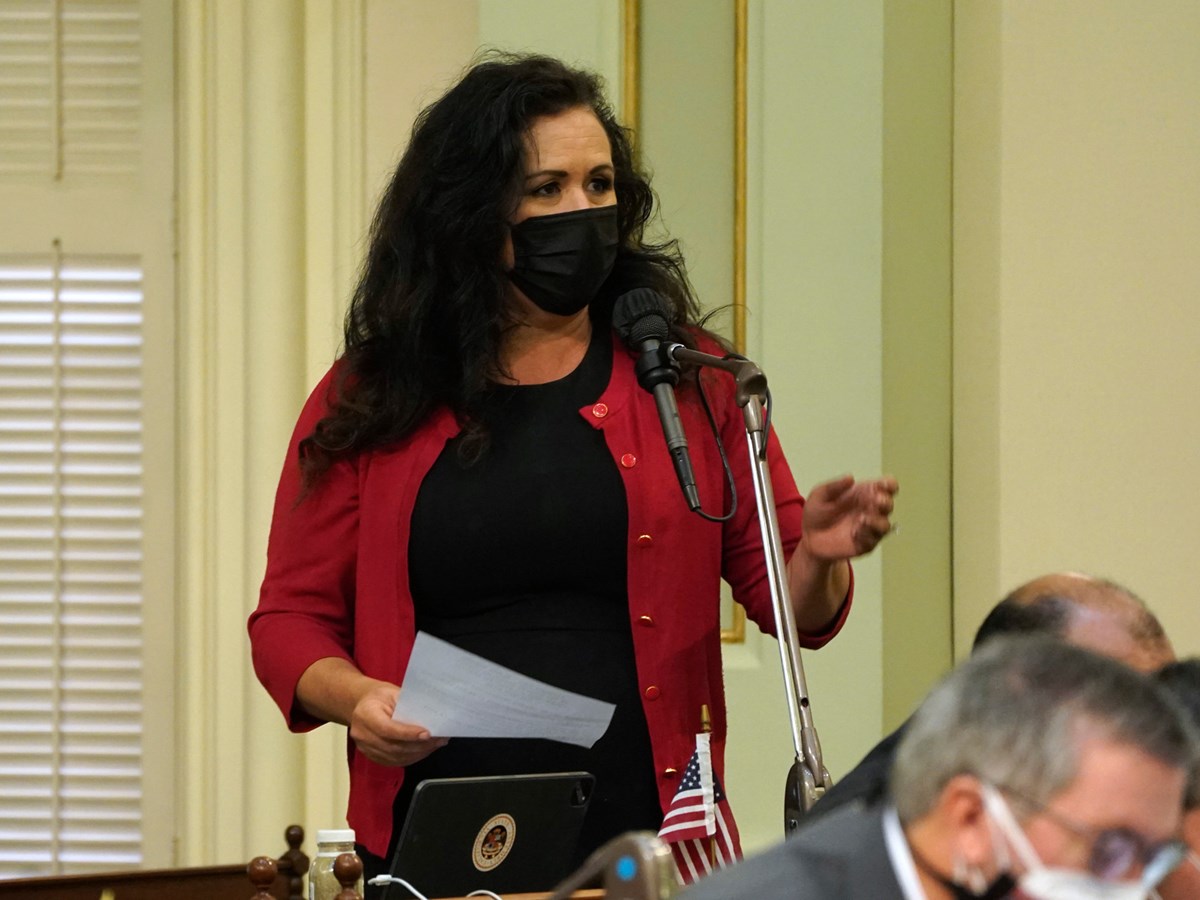 Less than a week into the new year and the start of California’s legislative session, COVID-19 has sidelined a handful of lawmakers, including the Assembly speaker.

Speaker Anthony Rendon is one of at least six lawmakers quarantining after potential exposure while attending a farewell party Tuesday night for former Assembly member Lorena Gonzalez, who stepped down this week to lead the California Labor Federation.

Sen. Josh Becker (D–Menlo Park) was also at the event and tested negative several times this week, including Tuesday night. But he reported a positive test Wednesday morning and is isolating.

This morning, before attending a speaking engagement, I tested positive for COVID-19. Thankfully, I am feeling fine and am grateful to be vaccinated and to have received my booster shot. I will be quarantining at home and look forward to returning to work as soon as possible.

“I'm glad I attended the event wearing an N95 mask and that I tested negative each day since Sunday. I tested daily as a precaution with our return to session this week,” Becker said in a prepared statement to CapRadio. “In fact, on Tuesday I tested negative that morning and tested negative again, right before attending.”

Health officials have said that rapid tests are good for in-the-moment results, but are not always as accurate in detecting COVID-19 compared to PCR tests.

He added: “I'm grateful to have had access to tests and urge their broader availability for everyone, in addition to continued widespread availability of the vaccine and booster shots in our communities.”

Senate and Assembly leaders say members who were at the gathering have been instructed to quarantine for at least five days and get tested.

About a dozen lawmakers attended the gathering, according to a source with knowledge. Staff for six members, including Speaker Rendon, have confirmed their attendance:

Assembly members Lisa Calderon (D–Whittier), Rudy Salas (D–Bakersfield), Reggie Jones-Sawyer (D–Los Angeles) and Steve Bennett (D–Ventura) had attended and were quarantined. Each has since tested negative, according to their staff.

Gonzalez, whose final day in the Legislature was Wednesday, said in a tweet that she has tested negative.

The California Department of Public Health and the Centers for Disease Control and Prevention do not require fully vaccinated individuals to quarantine if they come in contact with someone who tests positive. Legislative leaders are taking that step as a precaution.

“Out of an abundance of caution, the Speaker asked Members who attended Tuesday’s event to stay home from session today,” said Katie Talbot, spokesperson for the speaker, in an email. “ They will test again Monday morning before being admitted to floor session.”

In a memo to members and staff Thursday, Secretary of the Senate Erika Contreras announced on-site staff would be limited to one per office due to the statewide surge in COVID-19 cases. All other Senate staff are required to work remotely.

Thirty-five state lawmakers were absent on Thursday, according to Assembly roll and a review of Senate votes, though not every absence was necessarily COVID-related.

Legislative members and staff have access to free testing most days of the week.

At previous times in the pandemic, Senate and Assembly leaders have implemented temporary remote or proxy voting options, though neither chamber has announced such measures during the latest surge.

In a statement to CapRadio, Contreras, who oversees day-to-day operations in the state senate, said the state constitution includes “numerous requirements for public access” by the Legislature.