New California redistricting maps are out. Here’s why they might change elections — and how you can offer feedback. 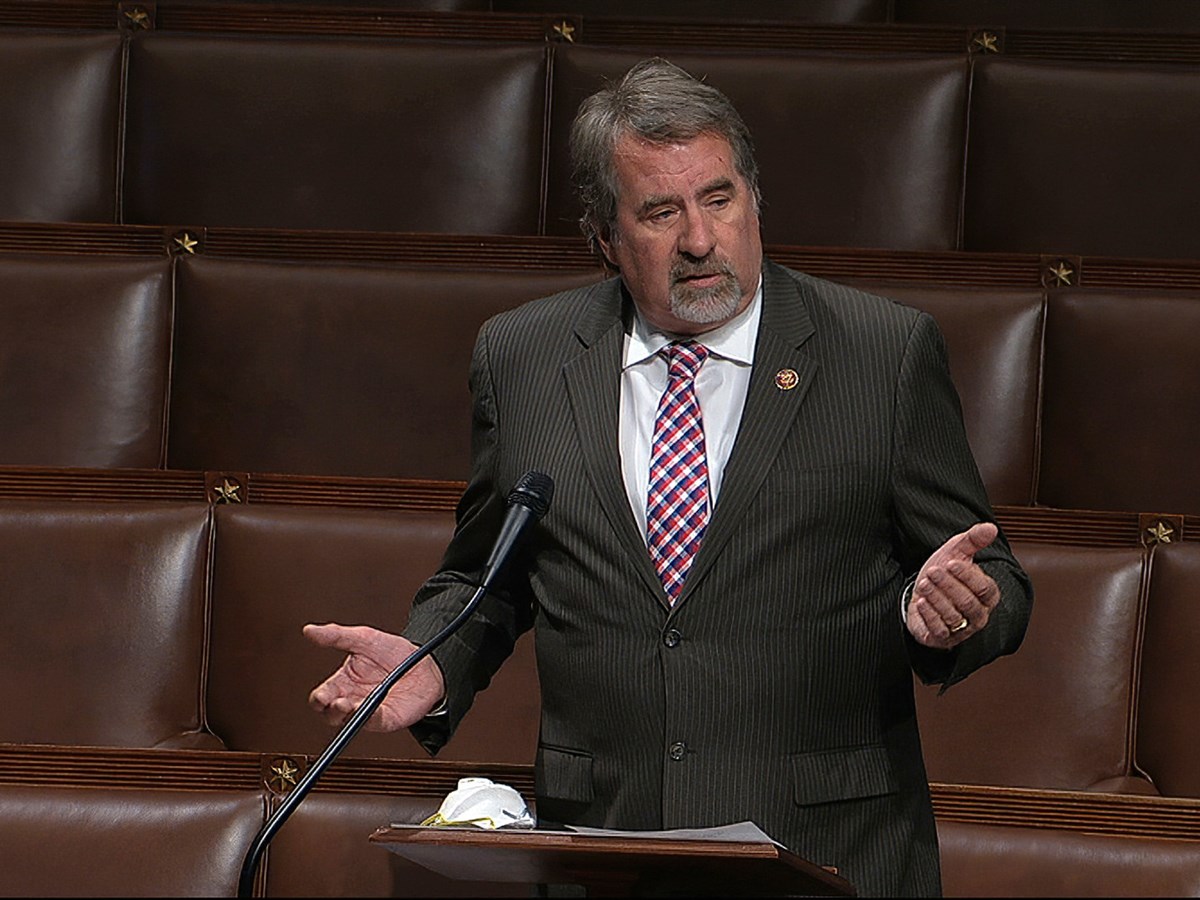 In this image from video, Rep. Doug LaMalfa. R-Calif., speaks on the floor of the House of Representatives at the U.S. Capitol in Washington, Thursday, April 23, 2020.

Davis has been moved out of a district encompassing rural northeastern California and into a district that includes parts of Yolo, Solano and Contra Costa counties.

West Sacramento is also in that district, now separated from the city of Sacramento. San Joaquin County is split between two congressional districts, rather than three.

And while the maps still contain a district that combines northeast Sacramento County communities with cities in western Placer County, the city of Folsom has been moved to a district that includes most of the Sierra and the far eastern reaches of the state.

View the latest drafts and leave feedback for the commission through their final Dec. 27 deadline.

California’s citizen redistricting commission this week unveiled a proposal of what congressional and legislative districts could look like for the next 10 years — and they show some big shifts among Northern California’s districts for the House of Representatives.

“There's a lot of wackiness in Northern California” in the latest round of unofficial drafts — or “visualizations,” as the redistricting commission refers to them — said Paul Mitchell, a Democratic consultant who works on redistricting for governments including the city of Los Angeles and New York state. 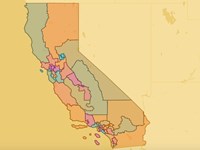 What you need to know about redistricting in California

The visualizations will likely change significantly as the commission takes public feedback and refines its maps in the coming weeks. Official first draft maps are due by Nov. 15 and final versions will be adopted by the end of the year.

“The visualizations for Northern California were created as a result of public input received over the summer,” said commission spokesperson Fredy Ceja. “We ask that the public visit our website to review proposed visualizations and send commissioners feedback.”

Californians can submit feedback on the proposed maps through the Dec. 27 deadline.

“We are fluid, we are responsive to comments we are receiving,” said commissioner Trena Turner.

The cities of Sacramento and West Sacramento would make up a single congressional district, with lines similar to the one currently represented by Rep. Doris Matsui (D). That district would swap out the Arden and North Highlands area for Rancho Cordova to the south.

A major possible change? Arden, Carmichael and other northern Sacramento County communities would be combined with the western Placer County communities of Roseville, Rocklin and Folsom to form a potentially-competitive swing district.

According to data from Mitchell’s company Redistricting Partners, voters from this proposed district chose President Joe Biden by four percentage points in 2020, but Gov. Gavin Newsom lost these suburban voters by 6 points in 2018.

State of Jefferson … plus Davis?

Perhaps the biggest head-scratcher according to Mitchell is the state’s northeastern-most district, currently represented by Republican Rep. Doug LaMalfa. Under the commission’s visualization, the district remains a sprawling mass covering Redding, Chico and other rural inland areas, but it also includes a piece that reaches down to encompass Yolo County’s Clarksburg wine region and liberal college city Davis.

“There's going to be a lot of lefty vegetarian, latte-drinking Davisites calling into the commission, I think, to tell them that they do not want to be put into that district,” Mitchell said. 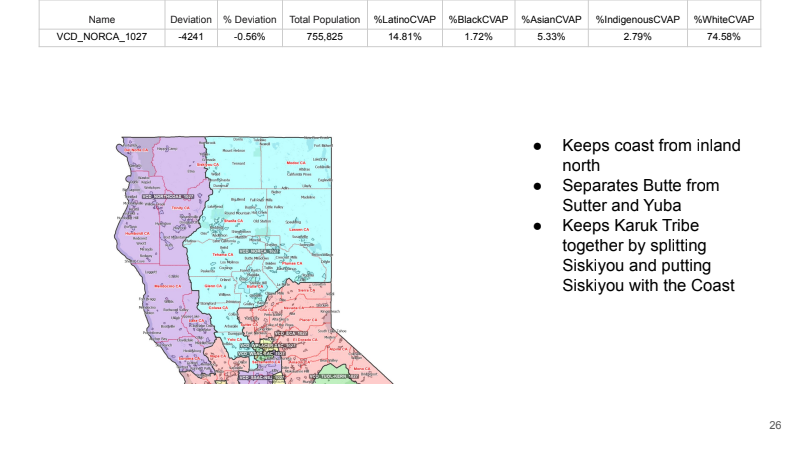 The proposed congressional district would stretch from the northeast part of the state, along the Oregon border, into the college town of Davis.Courtesy of California Independent Redistricting Commission

Indeed, several Davis residents called into the commission’s public comment period Thursday evening and asked to be grouped with communities in Yolo and surrounding counties, citing shared transportation, water sources and interests with those areas.

Some commission members also questioned why Butte County was separated from neighboring Yuba and Sutter counties, which also have shared interests.

Dozens of San Joaquin residents asked the commission to keep the county intact to give its residents a stronger voice in Congress.

Under the current map, Democratic Rep. Josh Harder would face a tougher re-election. His Turlock-Modesto district would shift from favoring Biden to slightly favoring Trump, according to Cook Political Report editor Dave Wasserman.

Aside from some of the eyebrow-raising districtsin Northern California, the visualizations don’t appear to include several items on the commission’s wishlist, including maintaining both of Los Angeles’ Black-majortity districts and a new Asian-majority district in the East Bay Area, something several community groups have supported.

“We're continuing to call on the commission to keep communities of interest together and ensure that their diverse voices and interests are empowered — not silenced — by new district maps,” said Julia Marks with Asian Law Caucus.

Mitchell predicts the congressional district boundaries around the state will shift in the coming weeks as the commission and their staff of line-drawers get their footing for this once-in-a-decade process.

“They’re learning as they’re doing,” he said. “There are huge challenges when you're trying to divide a state of 40 million people into 52 nice little boxes for Congress.”