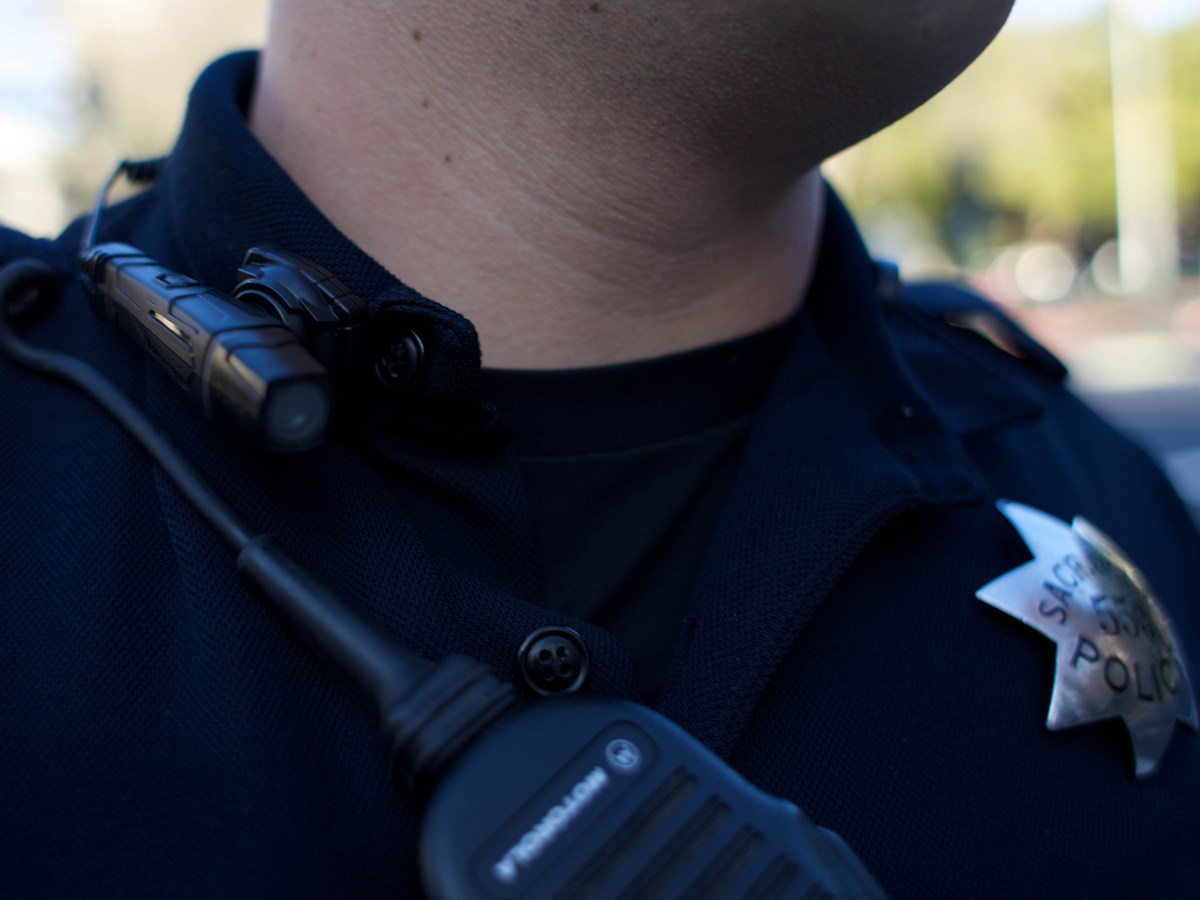 More than a year after the murder of George Floyd by police in Minnesota, California Gov. Gavin Newsom signed a package of sweeping new police reforms into law Thursday.

The governor, backed by lawmakers and family members of at least two men killed by California police in recent years, said he hoped the new laws provide “a little hopefulness” and “soften the edges a little bit” for victims of police brutality.

Among the new laws is Senate Bill 2, which creates a process to strip the badges from cops found guilty of certain crimes or misconduct. The bill’s author, Sen. Steven Bradford (D-Gardena), said it’s meant to keep bad police from bouncing between departments.

“This bill is not just about holding bad officers accountable for their misconduct, it’s also about rebuilding trust between our communities and law enforcement, and that’s critical right now,” Bradford said.

The Los Angeles-area Democrat said teachers, hair stylists and medical providers can have their state licenses pulled if they do not meet certain standards. Now police will be subject to the same rules and accountability.

Until now, California was one of just four states that did not have a process to decertify police, a shortcoming Newsom acknowledged.

“We’re in the juxtaposition of being a leader on police reform and a laggard on police reform," the governor said. "We have a lot to be proud of but there are some areas where we have nothing to brag about.”

The original version of SB2 attempted to end qualified immunity for police officers, but that provision was stripped out as the bill made its way through the Legislature. Qualified immunity shields many public employees from civil lawsuits.

The governor also signed measures to ban certain chokeholds, raise the minimum age to be a police officer from 18 to 21 and stop police from using tear gas and “nonlethal projectiles” such as rubber bullets on protestors.

Many of the bills signed Thursday were introduced late in the summer of 2020, after protests over Floyd’s death rocked the nation. But a shortened legislative session and attention diverted to the COVID-19 pandemic left police reforms on the shelf when lawmakers’ session ended that year.

The state’s largest police union had mixed views on SB2. Brian Marvel, president of the Peace Officers Research Association of California, or PORAC, said while the state needs to crack down on “officers who demonstrate gross misconduct,” he is unhappy with the makeup of the new advisory board which will weigh in on decertification decisions.

The nine-member board will be made up of two current or former law enforcement officers. The rest are required to be members of the public who have experience working with or studying police accountability. For two of the slots, people or family members of those who experienced wrongful excessive force by police will be given special consideration.

“The PORAC looks forward to addressing our remaining concerns as we continue to work with the Governor’s office, Senate President Pro-Tem’s office and the Peace Officers Standards and Training Commission (POST) as they develop and implement California’s new officer licensing program,” Marvel said.

The signing ceremony took place at a park in Gardena where 25-year-old Kenneth Ross Jr. was shot and killed by police in 2018.

According to reports, police found a loaded gun on Ross, but his family members say he was suffering a mental health crisis and was not a danger.

Bradford said the officer involved in the killing had been involved in other “questionable shootings” before he transferred from Orange County to the Gardena Police Department.

Ross’s mother, Fouzia Almarou, said the new law will “protect families” from the heartache of losing loved ones to police violence.

“I’m tired of seeing mothers crying,” Alamarou said. “Every day I feel this pain and agony. But I’m very strong and my son’s with me spiritually. That’s why I’m here today because I will fight to get justice for my son.”

The family of Angelo Quinto, a 30-year-old Bay Area man who was killed by police in his mother’s home in December 2020, was also at the signing.

Quinto’s mother, Cassandra Quinto-Collins, shook with emotion and embraced Newsom after he signed the legislation.

Her husband, Robert Collins, said the new laws will bring accountability and transparency.

“This is hope that change is possible,” he said. “The loss that we had is not in vain if we can prevent other people from suffering the same fate.”