As UC Makes Room For More Californians, Can It Afford To Lose Out-Of-State Students? 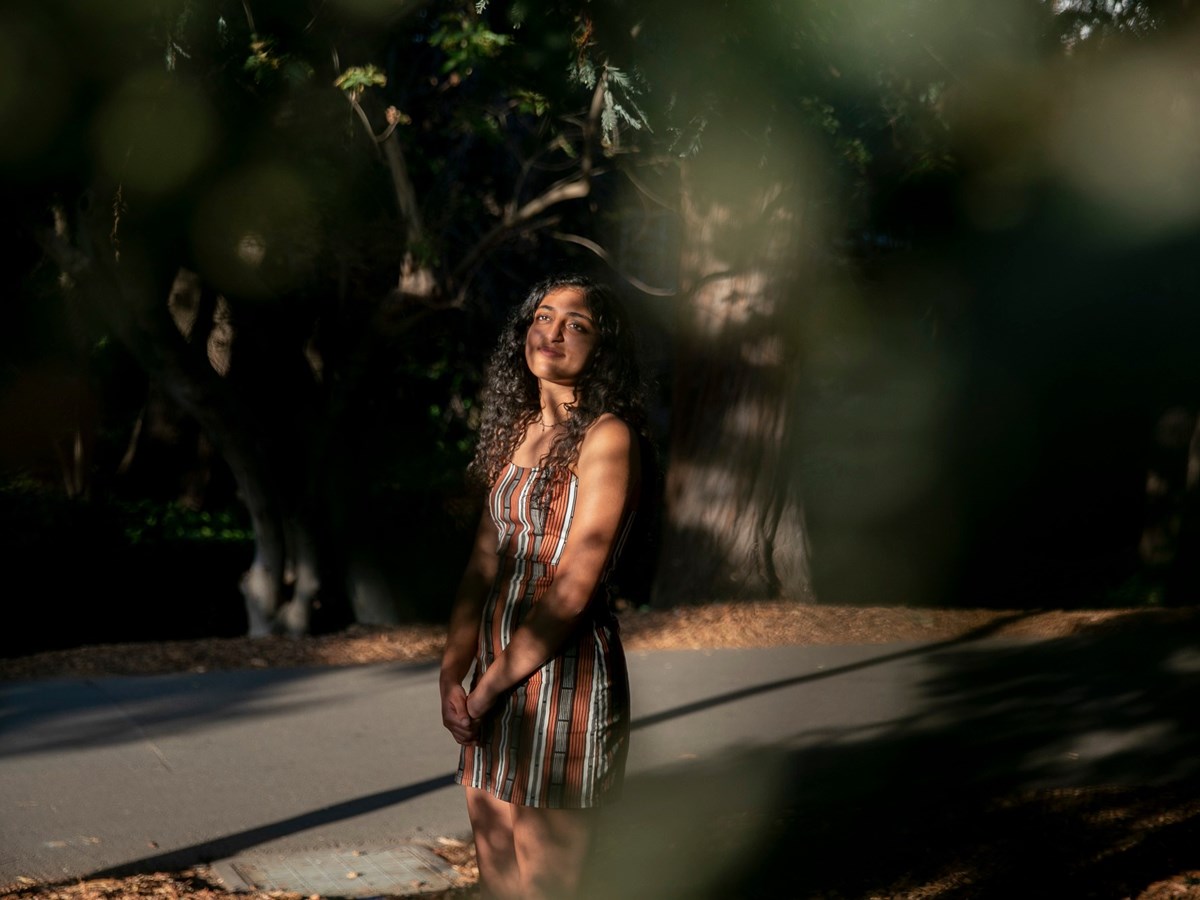 That’s why lawmakers approved plans this summer for the UC to enroll an extra nearly 11,000 California residents, in part by removing 4,500 out-of-state slots over five years.

The enrollment growth for California residents would kick in next fall, conveniently during an election year in which Democratic legislators will seek easy wins to reinforce their political advantage among voters. Extra slots at the UC for in-state residents can shore up the votes of parents, who’ll be delighted to know their children have a better shot of getting into a top public university.

In many ways, the UC is one of the best deals for state taxpayers: a public good that for more than half of California undergraduate students is free. But in the past decade access to that public good has gotten harder as the percentage of out-of-state students soared from 5% to 17%. Lawmakers say that trend pushes out resident students. But the UC’s reliance on out-of-state students, who pay a lot more to attend, is a response to a lower level of financial support from California lawmakers.

The Legislature has “heard loud and clear that too many of our UC campuses are elusive for students who have amazing grades and academic credentials, especially at the marquee campuses of UCLA San Diego and Berkeley,” said Kevin McCarty, a Democrat and assemblymember from Sacramento who chairs the Assembly’s budget subcommittee on education, at a June legislative hearing.

The price tag for McCarty and other Democrats in the Legislature deciding to add more slots for California undergraduates at Berkeley, UCLA and UC San Diego by removing the same number of nonresident students? About half a billion dollars over five years and $153 million annually thereafter. That’s on top of a separate plan for next year to add almost 6,300 new slots for California undergraduates at the UC at a cost of $68 million annually. Gov. Gavin Newsom signed off on both.

The enrollment plan, which will be formally funded next year, though has at least one bitter dissenter: The official voice of students of the UC. The student association of the UC opposes any move that decreases access to nonresident students.

“The UC Student Association opposes any reduction in enrollment of nonresident students,” messaged Josh Lewis, chair of the association and an undergraduate at UC Berkeley. “Unique perspectives, important contributions and access to a world-class education for all who seek it are values that the university and the state should uphold.”

Nonresident students feel like pawns in the endless fiscal battles between the UC and Legislature. Riya Master, a Berkeley undergraduate in student government who comes from Virginia, said it’s exhausting to always have to look over her shoulder, or, as an advocate, over future students’ shoulders to make sure the UC will continue to welcome nonresident undergraduates.

To them, out-of-state students should be welcomed not just as tuition-paying people, but as respected members of the student body.

And as tuition will go up, and fewer seats will be available to them, they find it disheartening.

The UC has its own concerns.

The system doesn’t want the Legislature to cut off a key source of revenue because of the higher tuition nonresident students pay. And though the Legislature promises to send the UC more money to make up for the loss of out-of-state students, UC officials fear that lawmakers won’t keep these funding promises when the next recession hits.

Master came to UC Berkeley for a few reasons.

She didn’t find her major, integrative biology, at any universities at home in Virginia. Nor could she find the Bay Area’s diversity near her hometown; because both her parents came from India, Master craved a campus community where more students looked like her.

A student body where “people that have similar backgrounds to you, or understand what it means to be a brown woman, was a big pull,” she said. Her state’s flagship, the University of Virginia, enrolls far more white students than does Cal.

But Master still feels torn as a student who lives here but is considered out-of-state.

She believes the Legislature is creating a false choice between in-state and nonresident students by propagating a narrative that “these nonresidents are coming in and they’re taking our seats, they’re stealing our seats,” Master said.

The UC Student Association thinks the state should restore its past financial support for the system and help the UC add more classroom space and dorms to make room for more students — both in and out of state.

“I think it’s very justified to have additional spaces for California students,” said Loretta Whitson, executive director of the California Association of School Counselors, which represents Pre-K-12 counselors. “We’re the taxpayers, right? And we want that.”

She’s worried not only about the California high school students who’ll be eligible for the UC but also the ones who graduated in the last two years but didn’t enroll in college because of COVID-19 and the uncertainty it wrought. “It was sort of a forced gap year,” Whitson said. In her view, lawmakers and the UC need to look out for those students who are college-ready and want to enter as freshmen after a long COVID-19 pause.

In fact, a portion of revenues from out-of-state students are rerouted to provide financial aid for California students. And there’s a good reason for that: Far more in-state students come from low-income settings. Nearly half are in households that earn less than $60,000.

Of the nearly $1 billion the UC spends on gift aid including grants and scholarships, about 93% goes to resident students and the rest to those from out-of-state, according to data UC provided to CalMatters.

After the state budget slashed UC support by a billion dollars between 2007 and 2012, the university system looked beyond California for added revenue. Between 2009 and 2020, the share of nonresident students at the UC more than tripled, to 17%.

Despite a budget agreement in 2016 that the UC would limit its share of nonresident students to 18% at most of its campuses, Berkeley, UCLA and UC San Diego were allowed to keep their nonresident enrollment steady at about 23%. Other top public universities in the U.S. average closer to 30%.

“California’s first obligation is to our residents,” said Nancy Skinner, a state senator from Oakland who leads the Senate’s budget committee. “Given space constraints at various UC campuses, the best way to boost the number of California students as quickly as possible is to reduce the number of nonresident undergrads and fill those slots with in-state students.”

Bakur Madini, a UCLA undergraduate from Saudi Arabia and also in student government, thinks the Legislature should instead spend money on adding and expanding classrooms and labs to create added space for students without removing nonresident students. “They’re just taking the easiest route,” he said.

The UC, like other public campuses in the state, is struggling to provide affordable housing to students. Nor could UC Berkeley expand even if it wanted to: A county judge ordered the campus to keep its enrollment flat after siding with community groups who sued the school over the environmental impact of its increasing footprint.

What the UC thinks

The UC argues that it could lower the share of nonresident students “without reducing nonresident enrollment at those campuses,” said system spokesperson Ryan King. Still, the current plan is consistent with the system’s goals of adding more California students “and we do not oppose it,” he added.

That’s a more measured appraisal of the Legislature’s plan than what the UC told lawmakers in May, back when the Senate unveiled a plan to reduce the nonresident share of UC undergraduates down to 10% by 2033.

Forcing the system to rely less on nonresident tuition revenue “would limit the university’s ability to respond to inflationary cost pressures and create a financial vulnerability in a future recession,” said Seija Virtanen, a UC government affairs official, back in May.

But there are hints of that concern even under the 18% plan. “We hope that future Legislatures would share that commitment” in paying the UC to not enroll out-of-state students, said King.