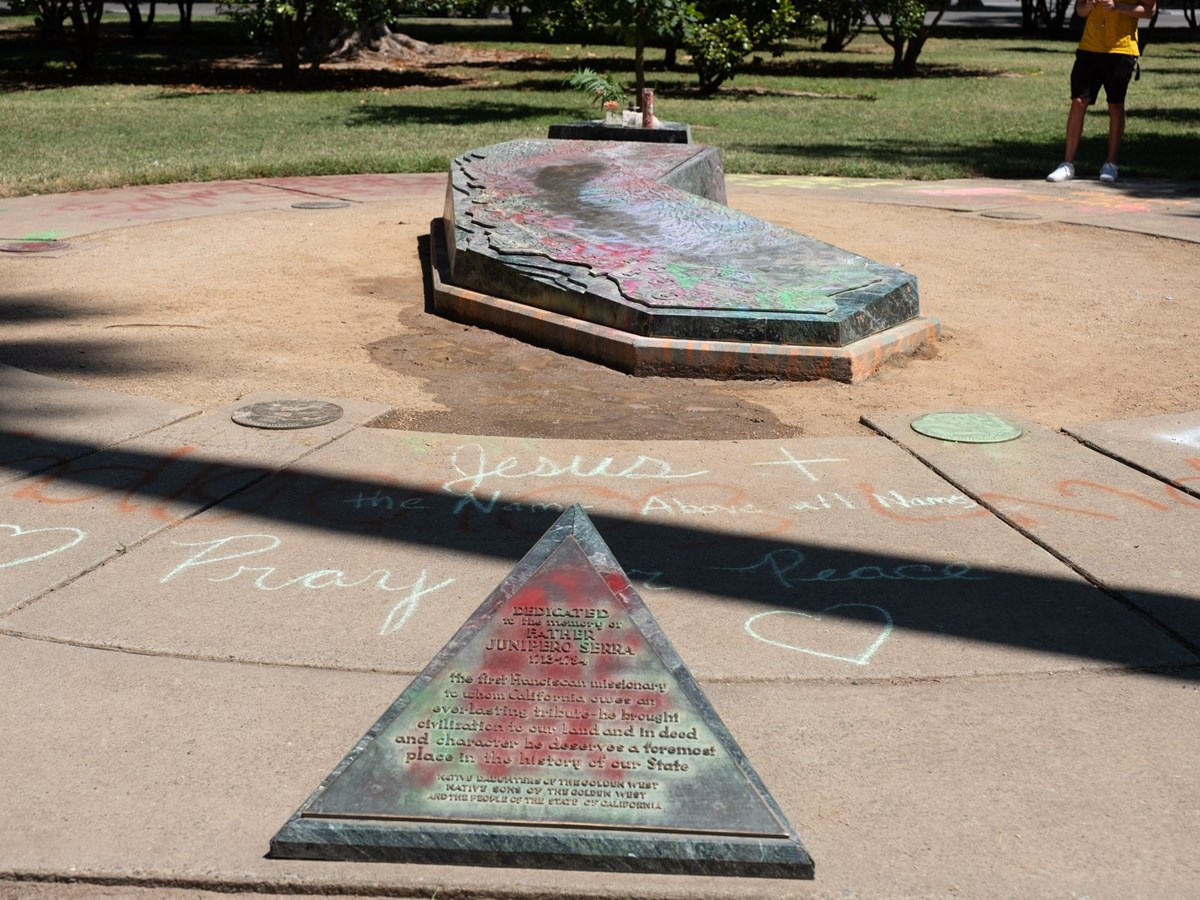 Demonstrators damaged and tore down a statue of Catholic missionary Junipero Serra on the east side of the state Capitol grounds according to the California Highway Patrol.

The statue was toppled by demonstrators in July 2020 after the police killing of George Floyd and during racial justice protests on the Capitol grounds.

The bill creating the process for replacing the controversial monument was authored by Assemblyman James Ramos, the first California Native American elected to the Legislature.

“We do not condone the vandalism that resulted in the toppling of the Serra statue last summer, but it did provide an opportunity for us to explore why this figure from California’s founding has become a symbol of the enslavement and genocide for Native Americans,” Ramos said.

The Serra monument has remained in storage since it was torn from its foundation by protesters. 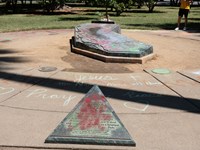 The bill was among six signed by Newsom during a virtual ceremony attended by leaders of Native American tribes from around the state. The governor proclaimed every fourth Friday of September "Native American Day."

“Today’s action sends a powerful message from the grounds of Capitol Park across California underscoring the state’s commitment to reckoning with our past and working to advance a California for All built on our values of inclusion and equity,” Newsom said in a prepared release.

It will be years before a replacement monument will be built. The bill calls for trial leaders to work with the state department of General Services “to plan, construct, and maintain a monument to the California Native people of the Sacramento, California, region on the grounds of the State Capitol.”

The legislative joint rules committee and department of finance would also have to sign off on a plan to privately fund the construction of the monument.

“When the Serra statue was established through state law, Native Americans did not have the opportunity to tell their story about the devastating impact of the mission period on California Indians,” Ramos said. “As AB 338 progressed through the legislature, California tribal people rallied to tell their history.”