Thunderstorms In The Forecast Could Complicate Efforts To Contain Caldor Fire 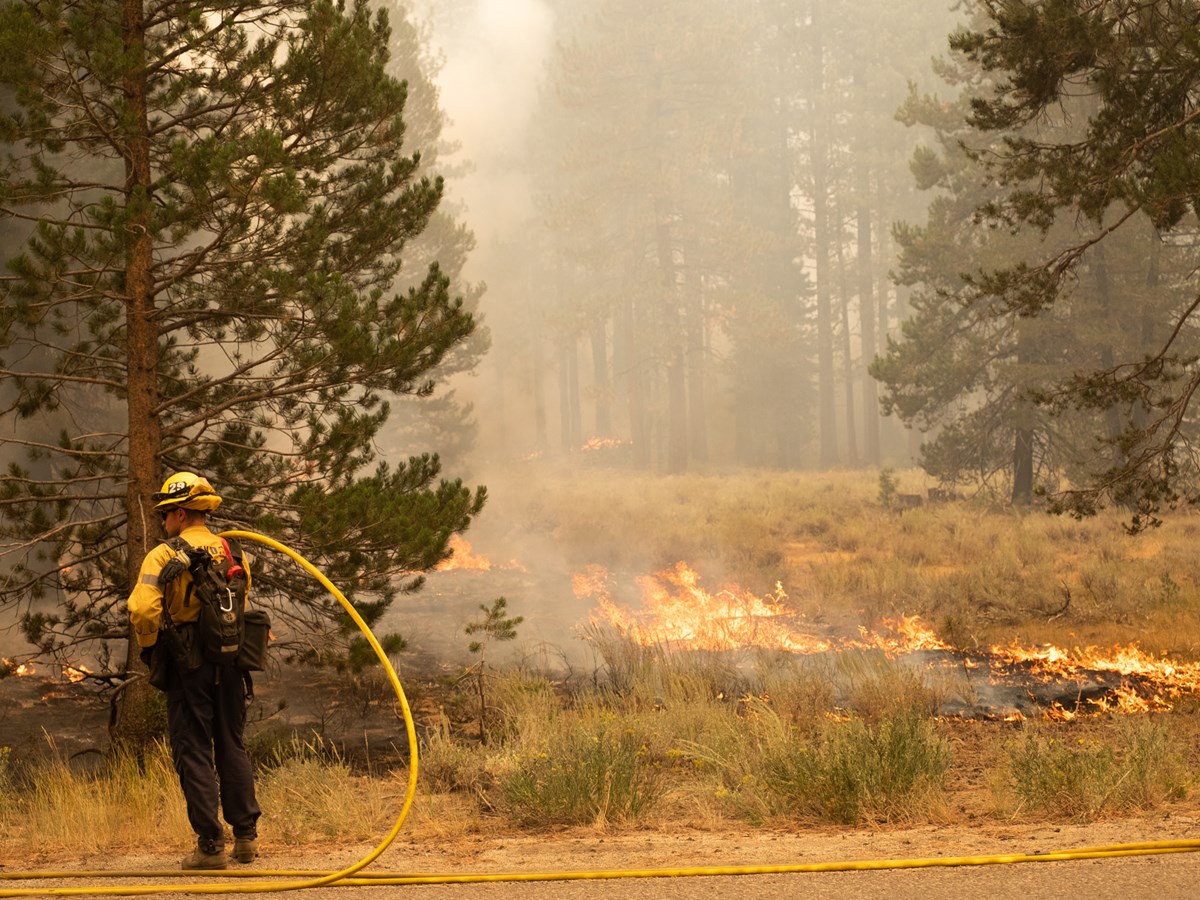 A low pressure system on the way could produce strong thunderstorms for a lot of Northern California, but very little rain — potentially bad news for firefighters.

“We’re just gonna be left with lightning, possibly, with those thunderstorms," said Craig Shoemaker, a meteorologist at the National Weather Service in Sacramento. "And we’ve had such an extended period of dry and hot weather. And it’s been dry for the last six months. Any lightning strike is like throwing a match.”

The National Weather Service is also predicting winds to pick up through late Friday night, with the biggest gusts along mountain ridges, which could impact progress on the Dixie and Caldor Fires.

"Particularly Friday afternoon, where we could have some gusts up to maybe 20 to 30 miles an hour,” said Shoemaker. “And that could especially impact the Caldor Fire and the Dixie Fire, which are burning at pretty high elevations right now.”

The Caldor Fire is now 50% contained, and more than 40,000 people have returned to their homes after being evacuated. But on Wednesday, firefighters said they were concerned about the shift in the weather.

"While things are going good on the fire fight right now, that wind is very concerning to us, especially on the higher country," said Cal Fire unified incident commander Charlie Blankenheim. "Several other fires in Northern California in the last day or two have gotten some wind, and some fires that were in fairly contained status have blown out and we had a lot of fire spread."

That's also difficult for the more than 10,000 people that remain evacuated in El Dorado County, and residents waiting for Highway 50 and Highway 88 to reopen.

"We understand it's very difficult being out of your homes and we're doing everything we can to get residents back in their homes as soon as possible," said operations section chief Kyle Jacobson. "With those predicted winds, there still is potential for these communities to be impacted and we don't want to pull the trigger too soon and put people back in their homes."