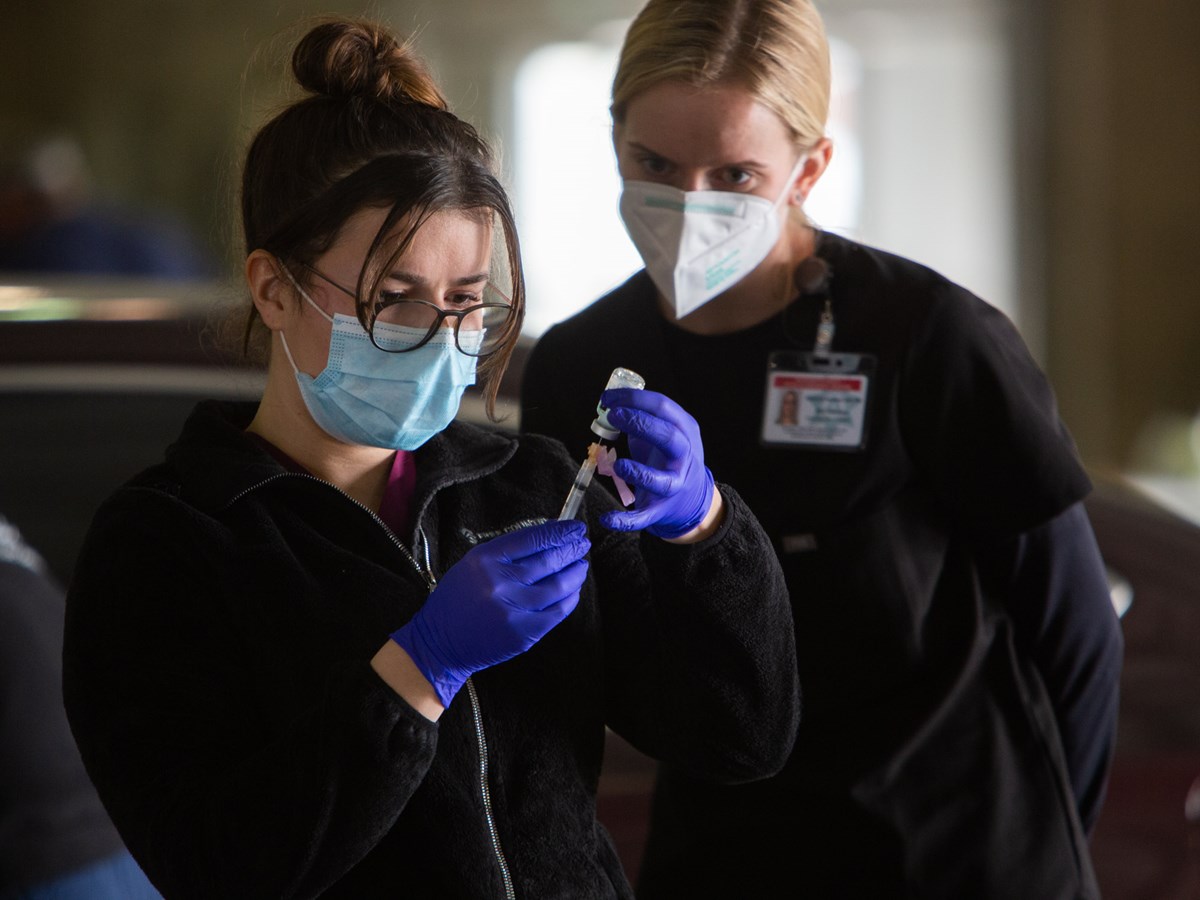 Students returning for in-person classes at California’s publicly-owned four-year colleges and universities this fall will be required to show proof of vaccination. Most students attending community college in California won’t have the same safeguards.

Of the 75 California community college districts, Sierra College in Rocklin is among the 41 districts that are not requiring students to be vaccinated as they return to on-campus classes.

“We feel very strongly that if you vaccinate yourself and if you wear a mask and you follow proper protocol, the chance of transmission is very, very small,” said Willy Duncan, the superintendent and president of Sierra College.

Beginning on Aug. 23, school parking lots, halls and classrooms returned to service as general education classes resumed on the Placer County campus. Classes serving about 25 to 30% of the expected enrollment of 16,000 are being held in-person. That’s up from last semester when only a handful of mostly hands-on courses were held in person.

The campus is mandating that students wear masks while indoors. Additionally, students are required to take (and pass) a health screening every time they visit campus. Students' movements are tracked as they scan a QR code in each classroom.

Several students interviewed near campus this week said they were comfortable with the safety measures and were eager to resume in-person learning for at least some of their classes.

“For me, face-to-face is preferable,” said Ginneral Bright, who expects to graduate in 2025. He said attending class on campus is still “somewhat of a risk” but that risk was diminished by the mask requirement.

At San Joaquin Delta College, the Board of Trustees initially voted for a vaccine mandate in June, then overturned it in early July with a 4-3 vote. But on Aug. 17, the board voted 6-1 to reinstate the requirement. Student trustee Lance Elliott said that the Associated Students of Delta College had mixed sentiments on a vaccine mandate.

Students raised concerns about a mandate’s infringement on freedoms and liberties and barriers to marginalized groups getting vaccinated that would prevent them from being unable to attend college in person.

“This is one of my issues with the mandates — these are being decided by people who have rooms available for them to call into these meetings and be uninterrupted,” he said. “Being able to get away from your home and experience school in person, it’s a more conducive environment, and we want to make sure that is available to all students.”

Elliott was the dissenting vote in the decision to implement the vaccine mandate, adding that the majority of ASDC was against it.

“I know that they made the right decision for the college,” he said. “As we learn more and more and more about this delta variant, we have to adapt and adjust to that.”

The state community college system does not have similar legal authority to issue a mandate, said Rafael Chavez, a spokesman for the California Community Colleges Chancellor’s office.

“Beating the spread is our highest priority to preserve the health and safety (of) our campuses and the communities we serve,” Chavez said. He said the chancellor’s office is urging “all local districts to exercise their authority to require vaccinations.”

In 2020, the 75 community college districts in California served 1.3 million students.

Several campuses have enacted new requirements in the days since the Centers for Disease Control and Prevention gave its full authorization to the Pfizer vaccine and more are expected to adopt requirements, Chavez said.

The Los Rios Community College District, which includes the Sacramento City College campus, is among the 34 districts that are requiring proof of vaccination for students. It announced that requirement on Aug. 4.

The rule goes into effect on Oct. 1, with students and employees needing at least their first dose of any two-dose vaccine by that date.

“Our district, led by our Board of Trustees, feels strongly that Los Rios has a responsibility to protect the health and safety of our college communities,” said Gabe Ross, the district’s associate vice chancellor of strategy and communications.

He said the district is offering on-campus clinics in order to increase vaccine accessibility and incentives for students to get the vaccine before Oct. 1.

Other colleges are creating incentives for students to get vaccinated, with or without mandates: San Joaquin Delta College students with records of vaccination have access to free textbooks for the coming semester.

“I know that obviously it'd be better if everybody was vaccinated,” Duncan said. “We're going to work really hard to encourage people to vaccinate, but trying to stop short of that mandate.”

Elliott said that conversations that community colleges continue to have about vaccine mandates need to emphasize open dialogue.