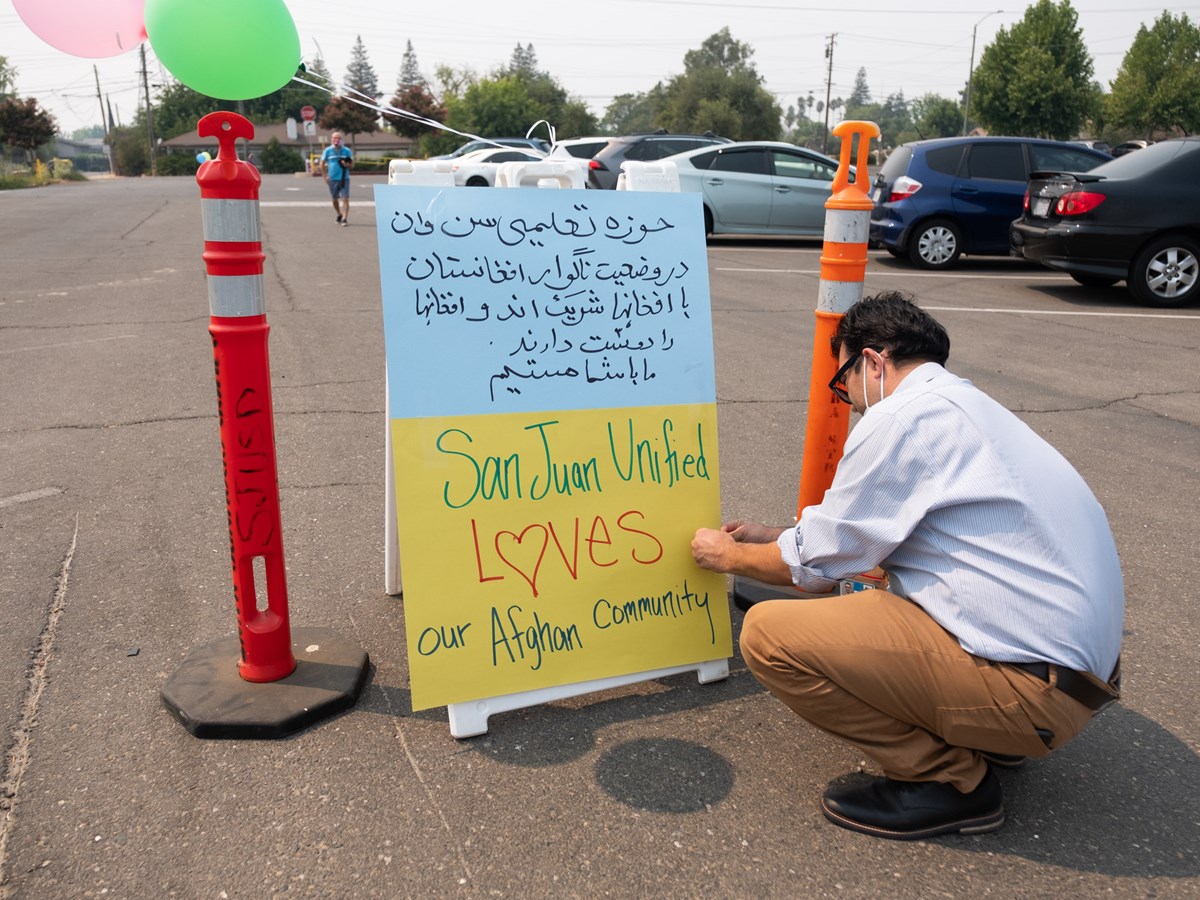 “I have hundreds of messages in WhatsApp,” he said. The Afghan American, who immigrated to Sacramento in 2017, played one audio message of a Kabul resident trying to get a visa for her father who aided the U.S. Military.

“They are asking, ‘Naweed, please guide us how to get out,’” Yousufi explained. “They say ‘Hi, I hope you’re fine. Help us.’”

Sacramento is one of the largest resettlement hubs for new Afghan refugees in the United States. Most are like Yousfi and have immigrated in the past decade on Special Immigrant Visas (SIVs) after aiding the U.S. military effort.

But when the Taliban swifty overtook Afghanistan earlier this month as the American military pulled out of the country, many in Sacramento began fearing for their family and friends abroad. Nonprofit refugee organizations in the county are now bracing for an influx of new families fleeing the Taliban regime.

Yousufi, who once worked doing intelligence work for the U.S. military in Kabul, the capital city of Afghanistan, now works as a packer at a large distribution company and runs an Afghan weekly newsletter.

He said he has friends, family and strangers reaching out to him after reading his blog trying to get information on how they can get out of Afghanistan.

“Everyone is asking for a case, every Afghan is asking for help,” he said. “Now, we don’t know how many thousand people will be killed in the next week by the Taliban.”

He continued: “I know of a guy who called me today, he was crying. He said ‘What should I do? The Taliban came into my home and they searched everything.’ As an Army researcher in Afghanistan, I sacrificed my own life for this government, I got tortured, my friends got killed. I said the government will protect our country, but the government didn’t do that.”

A 2017 report from George Mason University’s Institute for Immigrant Research estimated there were around 4,000 foreign-born Afghan immigrants living in the Sacramento region, and identified it as one of the top five metro areas in the country where foreign-born Afghans settled.

The Council on American Islamic Relations estimated the total population of Afghan refugees and Afghan Americans who currently live in the region to be around 30,000.

Opening Doors, a local refugee resettlement agency, said that the majority of these immigrants arrived in the past decade and live in the Arden-Arcade neighborhood.

Jessie Tientcheu, the CEO of Opening Doors, said that many in the community still have ties to Afghanistan.

“For the community that already exists here, these are just devastating events for the vibrant Afghan community here in Sacramento,” Tientcheu said. “This is not a humanitarian crisis in some distant place in the world, these are people’s brothers and sisters that they’re worried about.”

Now, the unrest in Afghanistan is causing many more to seek asylum. How many refugees will immigrate is unclear, though some local advocates said it could be as little as a few dozen or as much as several hundred.

Regardless, some are concerned about resources for new refugees, especially during the pandemic.

Usama Khalil, president of the Refugee Enrichment and Development Association (REDA) which helps with resettlement, said that all refugee agencies in the region over the next few weeks would need a comprehensive plan and a coordinated effort to help resettle families.

He said the biggest hurdle in helping many new refugees land on their feet in Sacramento will be finding housing.

“If there are a number of families that come, there’s an extreme shortage in housing right now, so that will be a serious challenge that will be facing the community in the coming weeks,” he said.

He added that with the pandemic restrictions, many local aid organizations are still working remotely, which would make it difficult for families to find help in person. 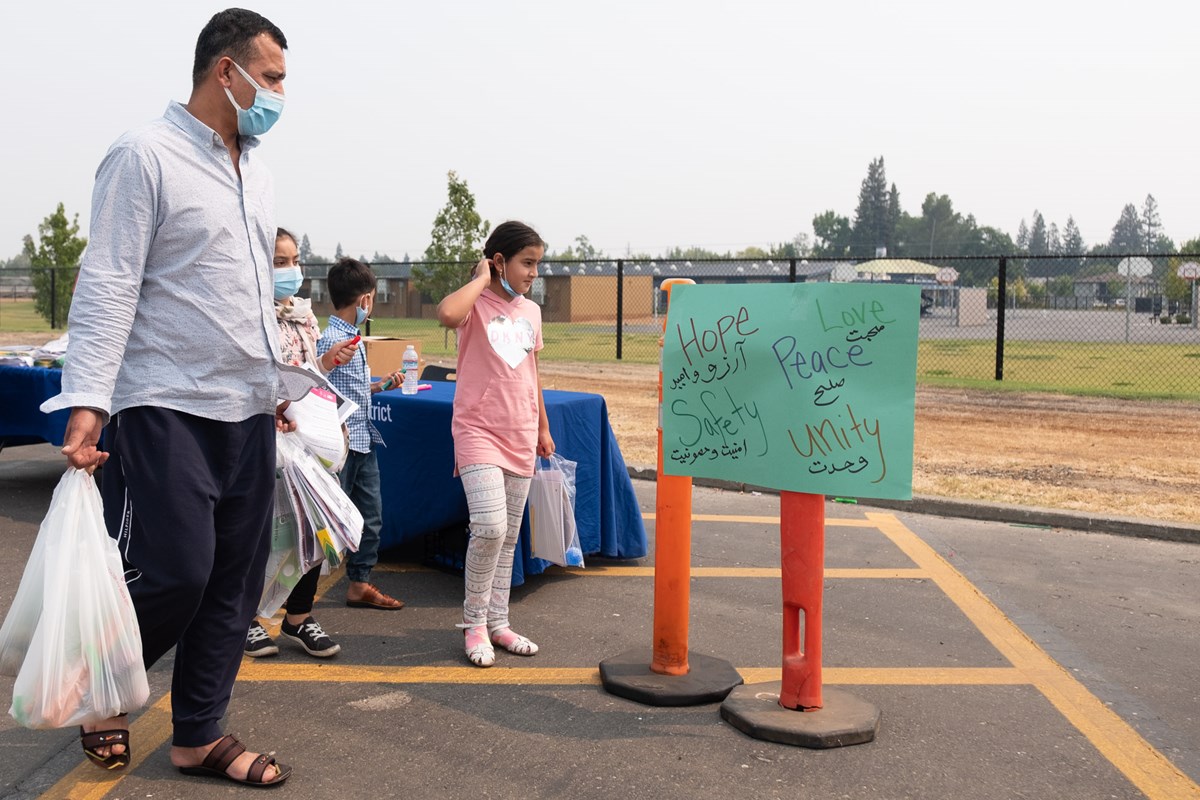 Abdul Safay works as the Community Resource Assistant for San Juan Unified School District, which serves the majority of Afghan families who have been resettled. He said he’s anticipating seeing a bump in the number of Afghan students in the coming months, but he’s unsure if the right resources and support systems are in place currently.

“There are people who are struggling, women are illiterate, they do not have driver’s licenses, so just one person — the dad or the leader of the family — is working, and that work is not enough,” he said.

Safay said he hopes there can be more resources — specifically ones for Afghan women — that will be put in place to help with things like teaching English and job training.

But before that, he said officials must help the Afghan Americans who are stuck in Afghanistan after visiting home before the crisis.

“We want to make sure that they are safely coming back to home in the United States and Sacramento,” he said.

For Naweed Yousufi, who immigrated four years ago, he said he had held onto hope of eventually going back to Kabul to return to his job as a journalist, but not now.

“Before, I had hope — 6 months ago,” Yousufi said. “But right now, I got hopeless. I cannot see Afghanistan anymore.”