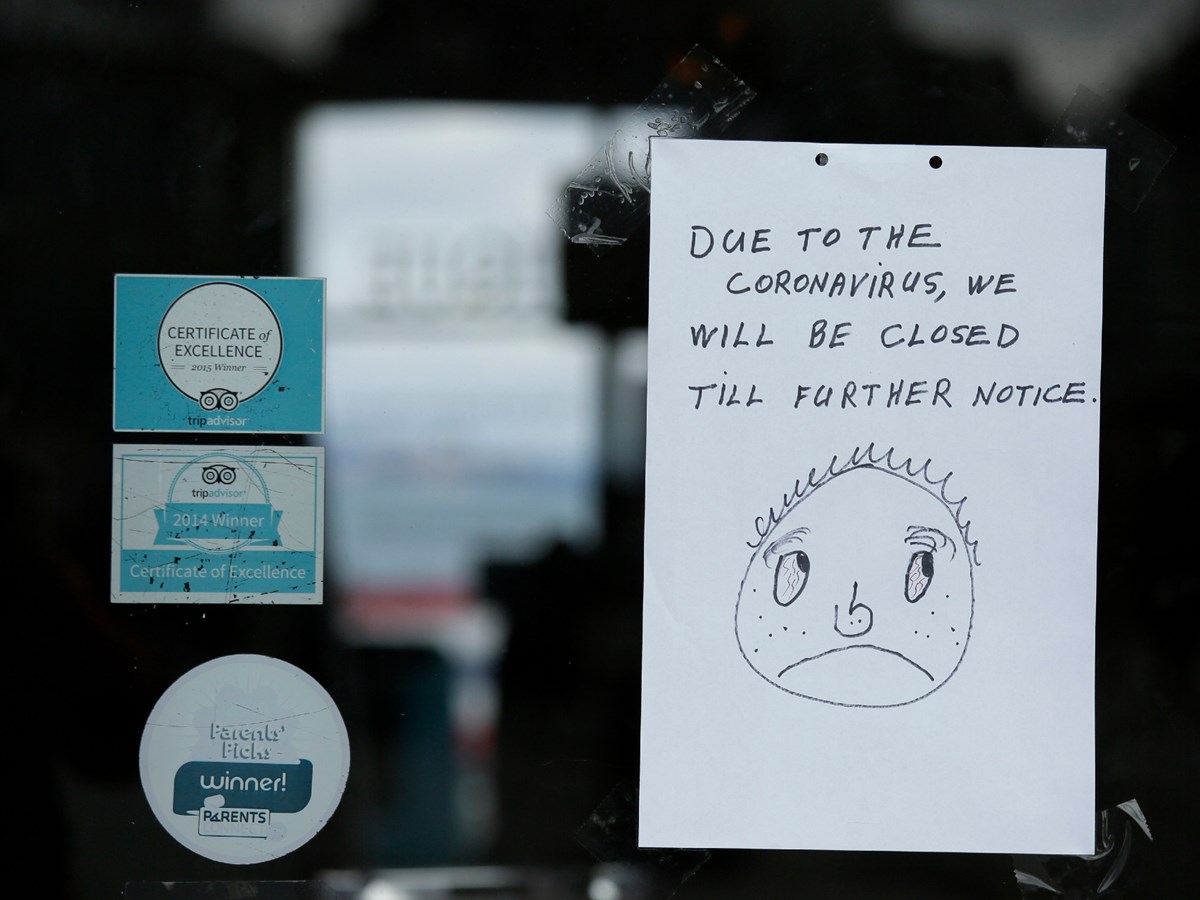 A closed sign is posted to the entrance of the Musée Mécanique penny arcade at Fisherman's Wharf Monday, March 16, 2020, in San Francisco.

If You're Short On Time

There’s no doubt small businesses have suffered during the COVID-19 crisis, especially those that rely on walk-in customers like restaurants, cafes, salons and barber shops.

But what percentage shut their doors during the pandemic?

Vice President and former California Sen. Kamala Harris claimed during a recent interview on MSNBC that a huge chunk had closed.

“Sadly, during the course of the pandemic, one-third of our small businesses have closed,” Harris said in the interview that aired June 1.

She did not say whether she meant one-third had closed permanently or at some point during the past year.

Even so, we decided to check the facts on this important topic.

Economists say it’s difficult to pinpoint the percentage of small businesses that have closed and whether those are temporary or permanent. Official closure statistics lag and might not be known until later this year or next.

But there are some places to look for early indicators.

To support the vice president’s statement, Sabrina Singh, a spokesperson for Harris, pointed to a Harvard University-based project called The Economic Tracker. The online platform provides data about real-time economic trends and uses financial transaction activity to suggest whether a business has closed.

As of this week, the Tracker showed there were 37.5% fewer small businesses open nationwide compared with January 2020, two months before the pandemic hit the United States. In California, the share of small businesses decreased 39.1% over this period.

The online platform doesn’t say why businesses shut down or whether the closures are temporary. The Tracker relies on data from the software company Womply, which counts a business as closed after observing three consecutive days without credit card payment transactions and open once transactions resume, explained Michael Stepner, a postdoctoral fellow at Opportunity Insights, the Harvard based nonprofit that runs the platform.

“Some of those closures are surely temporary,” Jeff Michael, executive director of the Center for Business and Policy Research at the University of the Pacific in Stockton, said in an email, noting that Harris’ statement lacks this context. “But I don’t think that takes away from the factual accuracy that small businesses have been disproportionately hit.”

Michael said larger businesses were better equipped to adapt to a world of e-commerce, curbside fulfillment and drive-through windows. They also had more financial resources “to weather the economic shock,” he added.

An April study by the Federal Reserve Board somewhat complicates Harris’ statement. It examined how many businesses shut down for good during the pandemic. While it doesn’t offer a definitive answer, it said permanent closures are “likely to have been lower than widespread expectations from early in the pandemic. Moreover, businesses have recently exhibited notable optimism about their survival prospects.”

We found one more data point that supports Harris’ assertion.

A survey published last May by the Small Business Roundtable found 31% of small businesses reported that they were not operating. That’s close to the “one-third” figure Harris used in her statement.

Those doing the worst at the time were hotels, restaurants, cafes and similar businesses, according to SBR, which advocates for small businesses. Representatives for the organization did not immediately say whether they had updated the survey or determined how many closures were temporary.

Vice President Kamala Harris claimed one-third of the nation’s small businesses have closed during the pandemic.

A survey by the Small Business Roundtable and data tracked by Harvard University generally support Harris’ statement. But they don’t offer clear information about how many small business closures were temporary and Harris didn’t either.

A recent Federal Reserve Board study found more businesses than expected reopened after initially shutting down.

Harris’ statement could have used some additional context, but is generally accurate.

We rated it Mostly True.

MOSTLY TRUE – The statement is accurate but needs clarification or additional information.

Marketwatch, Facebook survey finds almost one-third of small businesses have stopped operating in the pandemic, May 19, 2020.