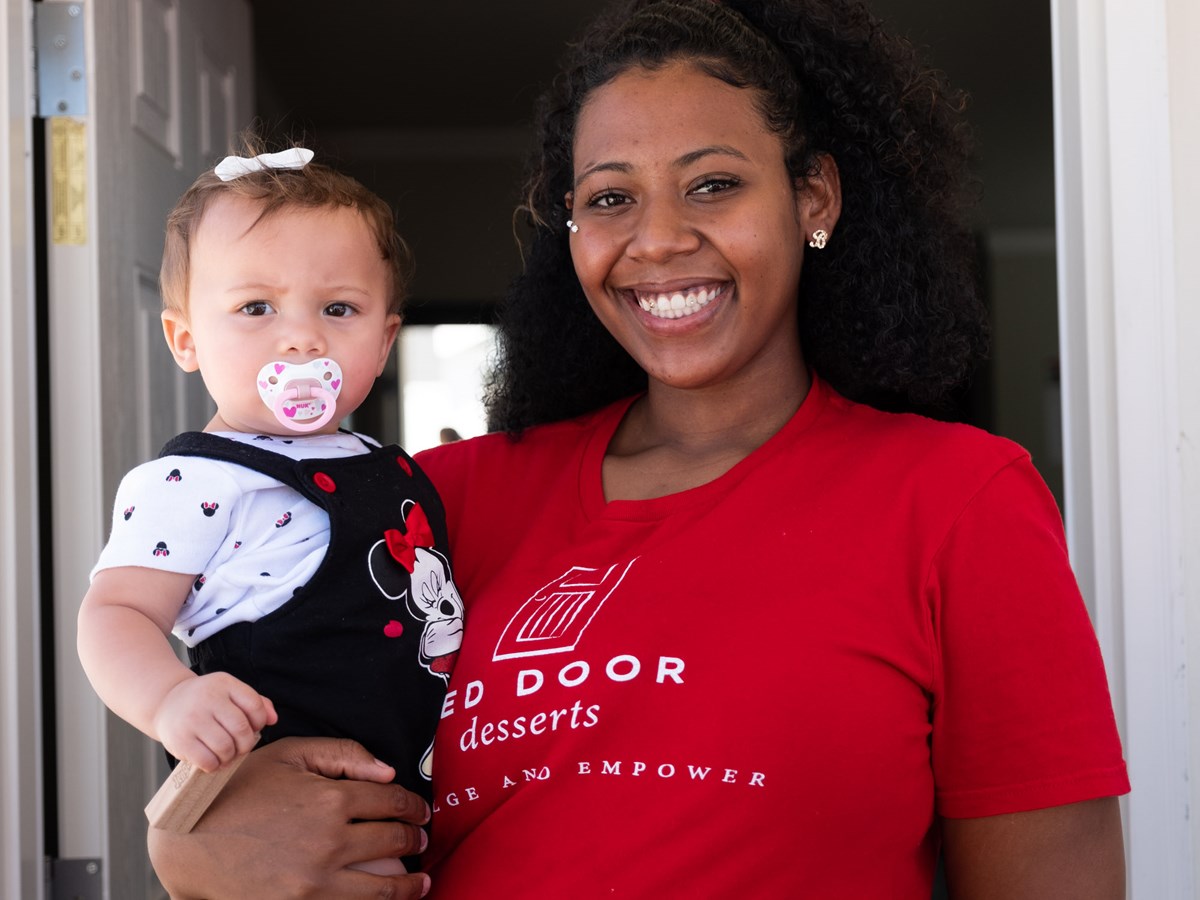 Beyanse Martinez spent more than three years without a home, bouncing from Los Angeles to Fresno to Sacramento. At times the 22-year-old lived in her car, other times in hotels.

Then 10 months ago she gave birth to her daughter and knew she needed more stability.

“It was unpredictable, scary and very confusing,” Martinez said as she held her baby on a recent warm afternoon. “I was running out of options.”

Now, she and dozens of women like her could have a shot at a permanent home in Sacramento.

Later this month, Saint John’s Lutheran Church plans to open 11 modular homes in what organizers call an independent living community for up to 55 formerly homeless women and children. They describe it as one small, but important step in addressing the region’s homelessness crisis. 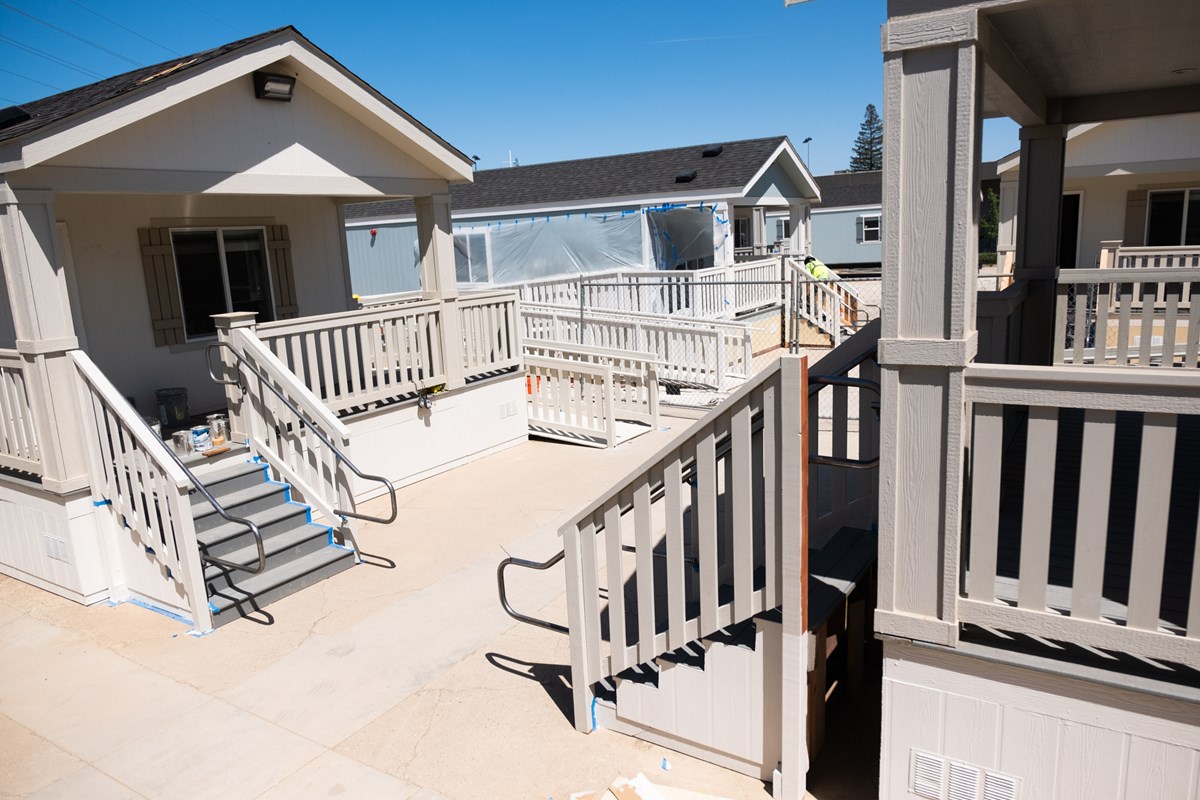 The project received $2.8 million from the state’s Homekey program to buy and refurbish motels and other permanent housing for homeless residents.  It also received $1.1 million from the city of Sacramento’s COVID-19 relief funding.

“This model here shows that you can actually have dignified living, a home setting,” Guerra said last week, as he toured one of the long, rectangular homes, which include a kitchen, two bedrooms, one bathroom and 850 square feet of space. “I mean this is probably nicer looking than some of my own homes in my own neighborhood.”

The modular homes sit on a former parking lot near Saint John’s Program For Real Change, which offers a separate dorm-style residential living for women as they get job training or drug and alcohol treatment. Many of its clients are victims of domestic violence.

Organizers say the new community will include a security fence, gate and eventually lush landscaping offering a village atmosphere.

Each modular unit will house up to two adult women and five children. 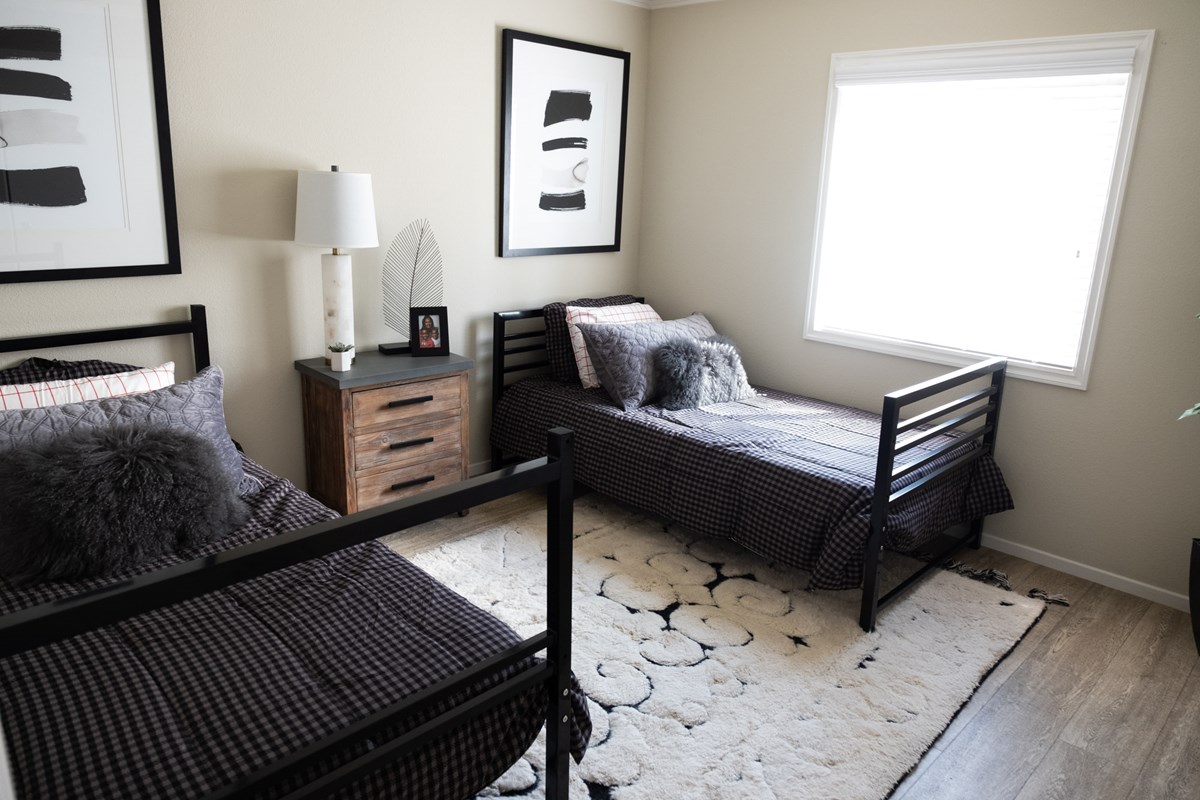 The interior of a manufactured home at Saint John's Program for Real Change, Friday, May 6, 2021.Andrew Nixon / CapRadio

The adult residents will be required to complete employment and rehabilitation programs and pay approximately $500 in rent, a subsidized amount, according to church officials.

By using a modular design, organizers say the project moved from idea to near completion in just five months.

“It’s built faster. It’s built cheaper. It can get here quicker with the same standards of construction,” added Guerra. “We can provide dignified living for folks if we just think outside the box.”

Construction costs for the modular units averaged about $90,000 each, said Julie Hirota, CEO of Saint John’s Program for Real Change.

By comparison, the average cost to build an affordable housing unit in California in 2016 was $425,000, according to the UC Berkeley Terner Center for Housing Innovation. Much of that cost includes land. In this case, Saint John’s owns the former parking lot where the homes were built.

Organizers say it is a first-of-its kind modular home village for formerly homeless residents in Sacramento.

For young mothers like Martinez, the new homes offer the potential for more independent living.

“This new living community, just seeing them bring in the homes was just amazing to know that this is real,” said Martinez, who is still completing a job readiness program through the church.

Saint John’s officials said there is a waiting list for the new homes, including women from their Program for Real Change.