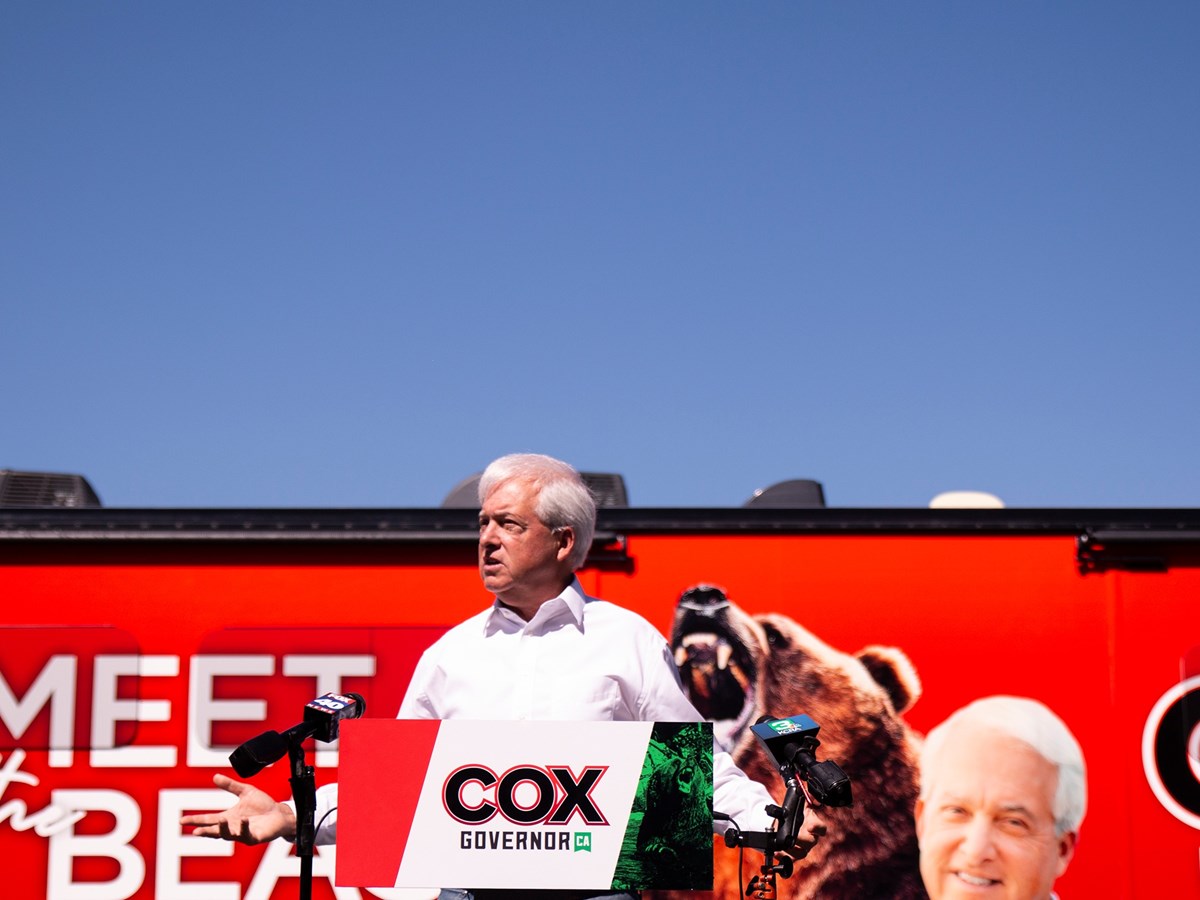 CapRadio’s PolitiFact California reporter Chris Nichols spoke with anchor Randol White about that and other claims in this week’s Can You Handle The Truth segment.

On who John Cox is and his claim

Cox is a San Diego County businessman. He ran and lost to Newsom back in the 2018 governor’s race.

He made this statement about inmates during a kick-off event for his campaign in the recall election. More memorable than anything he said is the live 1,000-pound Kodiak bear that Cox brought to the event.

But even so, here is the statement that caught our attention:

“[Newsom] just let 76,000 inmates out of jail with almost no warning,” Cox said. “Many of those are going to commit other crimes. I mean, what are we going to do then? I want my daughter to feel safe. I want everybody to feel safe.”

On if Cox’s claim is correct

No, he really did not [get this right]. In fact, we found that Cox distorted things.

Here’s what actually happened. Late last week, the California Department of Corrections and Rehabilitation expanded a good behavior program for inmates — and Cox was right, that there wasn’t much public notice on this.

But no one was let out of prison. The change makes 76,000 inmates eligible for somewhat shorter sentences. They can reduce their time by one-third. Before this change, they could reduce it, but by a smaller amount.

But they’ll need to demonstrate good behavior and in some cases complete a rehabilitation program.

A state prison spokesperson told us it could be months or years before anyone is released through this change.

On how much the recall election could cost

Here's what Newsom said at a press conference Tuesday

“Now is not the time to waste hundreds and hundreds of millions of dollars on a recall effort that is nothing more than a partisan power grab,” Newsom said.

And it looks like he did get those numbers right. I spoke with Donna Johnston about this. She is the Sutter County registrar. She’s also president of the California Association of Clerks and Election Officials.

Her group has been crunching the numbers on the potential cost of the recall election. Right now, if counties have to follow social distancing rules required in last fall’s election, Johnston’s group says the recall could cost $400 million.

“Yes, it is a correct figure,” Johnston said. “Especially if we’re falling under the same protocols and mandates as November.”

It’s not clear what rules will be in place this fall, but Johnston says elections are expensive. Everything from labor and training to printing all the ballots, paying for all the postage really adds up.

So, the governor’s statement is a prediction, but he’s on the right track.