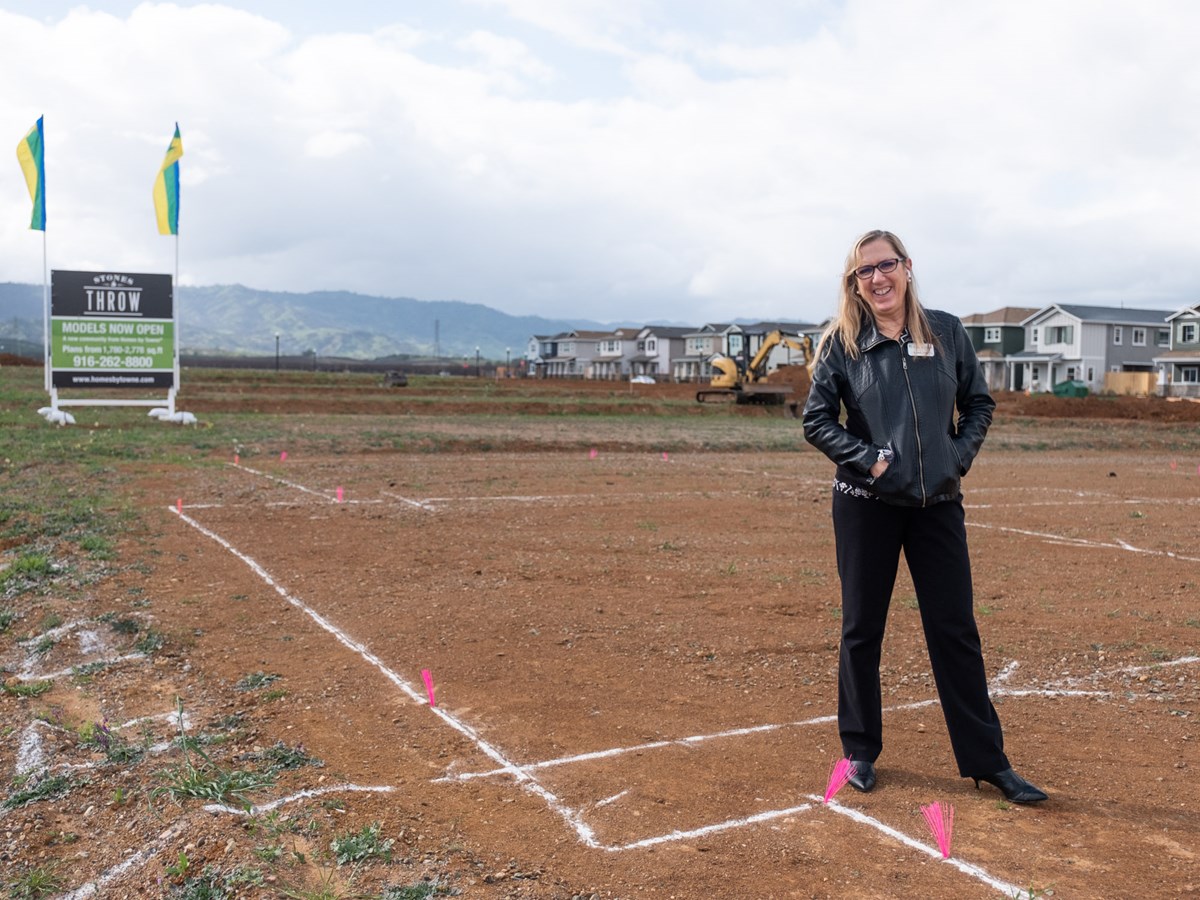 Laura Pope, sales consultant for Homes By Towne stands where homes will be built in Winters, Calif., Monday, March 8 2021.

On the edge of the Vaca Mountains west of Sacramento, construction crews are digging utility trenches for dozens of new homes in a subdivision in the Yolo County city of Winters.

A small fraction of them will be duplexes. These two-unit homes with a shared wall will sell in the $400,000s, about 20% percent less than the standard single-family homes in the subdivision.

In a state where homeownership can seem like a far off dream due to exorbitant costs, that savings might just make the difference. Especially for middle-income families like young couples trying to buy their first home.

“To be able to get into the Northern California housing market in a brand new home in a very desirable location under $500,000 is a very unique situation,” said Laura Pope, a sales consultant for Towne Development of Sacramento, the company building the neighborhood.

California housing advocates say these lower-cost, multi-family units are an example of what communities across the state could build if they eliminate single-family zoning. The change, they say, would allow for so-called “missing middle” homes such as duplexes, triplexes and townhomes in areas that for decades have been restricted to one type of housing that’s incredibly expensive: single-family detached homes.

But as cities from Sacramento to Berkeley move forward with plans to eliminate single-family zoning, some opponents question whether these desired housing options will truly be affordable, or will even get built.

The answers aren’t clear. Only two major cities, Minneapolis and Portland, have eliminated single-family zoning citywide and there’s not much data yet on how they’ve fared.

The lack of hard evidence has led some critics like Sacramento resident Chris Jones to push back against his city’s proposal.

“The ideals of increasing affordability and diversity are good ones,” Jones wrote in an op-ed in the East Sacramento News in February, “but we need to really examine whether the changes proposed in [Sacramento’s plan] are going to get us there, or if they’re just empty words to make us feel good.”

Jones is an IT professional who lives in the city’s mostly single-family Colonial Heights district.

He pointed to a 2019 study that examined similar zoning reforms in parts of Chicago. It found existing property values went up five years after the changes, but new housing construction did not increase.

Housing experts say it’s too early to draw any big conclusions about whether allowing greater density in single-family neighborhoods will boost housing supply and affordability. They note there hasn’t been a single study on the citywide changes in Minneapolis or Portland, which approved the reforms two years ago.

The issue is further complicated by the vague term of affordability, said Carol Galante, a UC Berkeley professor in affordable housing and urban policy, in an email.

A duplex or fourplex will be “significantly less expensive than a McMansion on the same lot of the same total square footage,” she added.

That housing might still not be affordable for very low income people, said Galante. But it could “be paired with other changes” to accomplish that.

City planners in Sacramento expect the new housing will cost less than renting or buying a single-family home and could be in reach for young couples or people looking to downsize. But they’ve generally refrained from calling it affordable.

Sacramento was the first major city in California to support eliminating single-family zoning, though a final decision won’t come until December.

Will These New Homes Actually Get Built? 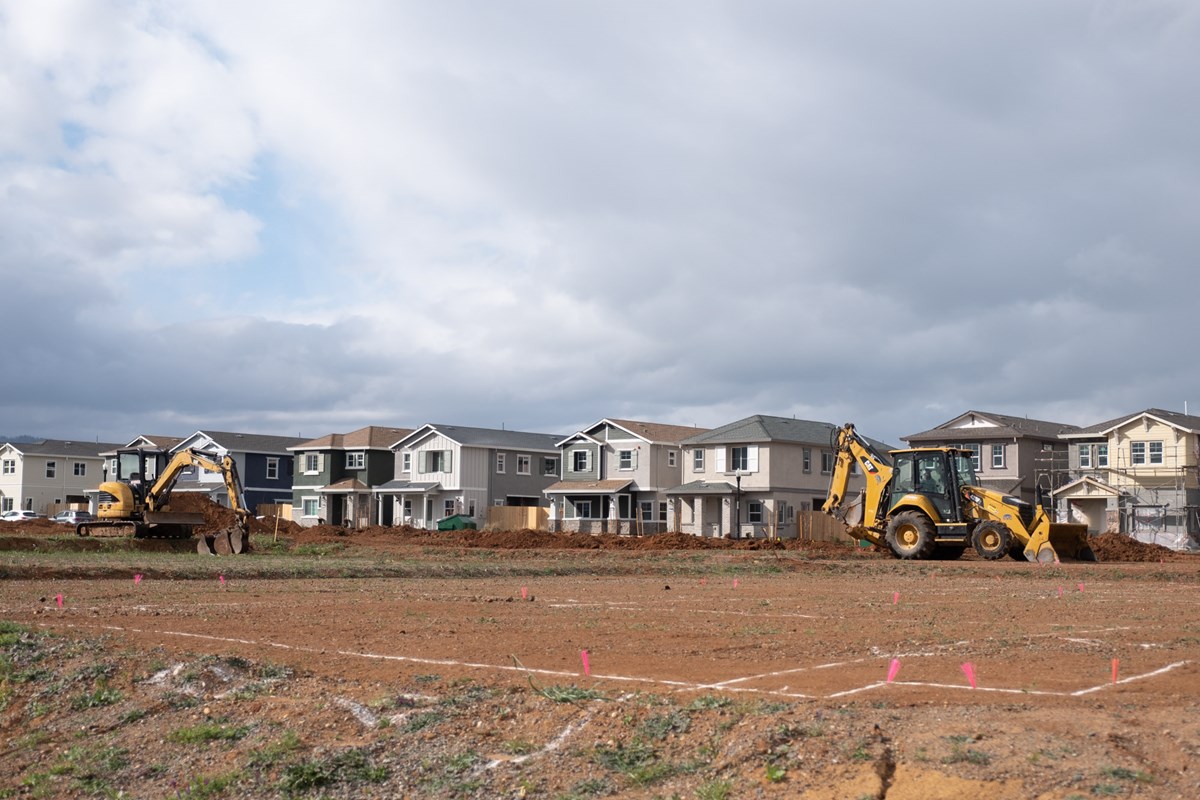 Dan Dunmoyer, president of the California Building Industry Association, said his industry welcomes the opportunity to build any new housing. He cautioned, however, that so-called missing middle homes won’t drive down California’s stratospheric home prices that much.

The state’s median single-family home price was $699,000 in February. That was up 20.6% from the same time a year ago, according to the California Association of Realtors. Meanwhile, the median price for condos and townhomes was $530,000.

There are also questions about demand, he said.

“If you’re out in a more rural or suburban community, single-family detached [homes] are going to sell better, faster, quicker,” he said. “If you’re in an urban core where you can put together some really attractive fourplexes, assuming (municipalities) don’t over-fee it, you might be able to see something pencil-out better.”

As the push for zoning reform grows in California, many supporters point to Minneapolis as a model. That city gained national attention in late 2018 when it became the first in the country to eliminate single family zoning, followed shortly after by Portland, Ore.

But the results so far have been underwhelming, said Margaret Kaplan of the Housing Justice Center in Minnesota, which advocates for affordable housing. Kaplan said in the first nine months of last year, Minneapolis issued just three permits for triplexes.

“They’re something. But they’re not enough,” Kaplan said. “Triplexes aren’t the sweet spot to get more affordability.”

She said land use restrictions such as setback requirements and height limits have hindered the growth of more missing middle homes. She said communities in California considering similar zoning changes should make sure developers have enough flexibility to build these homes.

While there hasn’t been a boom in Minneapolis, one Sacramento-area developer says the demand for duplexes is already strong, at least in parts of Northern California. 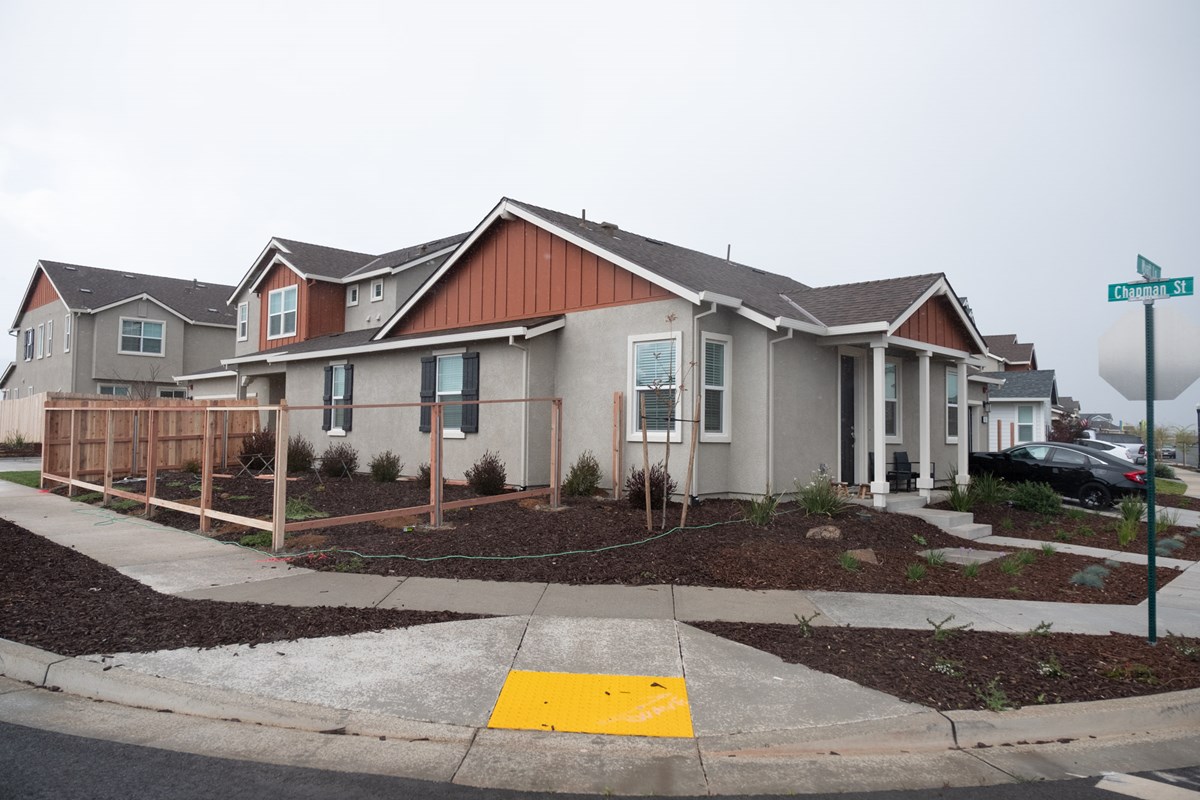 Jeffrey Pemstein is division president for Towne Development, whose company is building the duplexes in Winters. Though he’s “not bullish” on building triplexes or fourplexes, Pemstein estimated duplexes could represent about 25% of the company’s business in the Sacramento area by the end of the year due to high consumer interest.

He said the company is considering an all duplex development on a 44-lot parcel in Grass Valley, a small city about an hour north of the capital.

‘The Status Quo Is Not An Effective Strategy’

Jennifer Fearing lives in the Sacramento single-family neighborhood of Elmhurst, where she said about 30 neighbors have banded together to support the city’s plans. She runs a lobbying firm that represents nonprofits at the state Capitol.

“None of us are really experts in this but we really want to speak up,” said Fearing.

Fearing says many of California’s wealthiest and whitest suburbs were crafted by racially restrictive covenants created 100 years ago, which kept people of color out of certain neighborhoods, including many older single-family neighborhoods like hers.

Eliminating single-family zoning will lead to changes over time that will create more affordable and diverse neighborhoods, she says.

“We probably all had Black Lives Matters signs in our windows last year,” Fearing said about her neighbors. “But at some point this has to be meaningful in our own front yard.”

Fearing believes the zoning change won’t be “a panacea” for solving all housing problems, but it’s a start.

“The status quo is clearly not an effective strategy,” Fearing added. “Those of us who were fortunate enough to buy in earlier are watching our wealth increase at the expense of so many people who will never be able to get in.”

In recent years, state lawmakers have proposed but failed to pass several bills that would revamp single-family zoning. Senate Democrats unveiled a package of bills in December to try again this year.

But it’s possible several cities including Sacramento will take the first leap in eliminating single-family zoning. Several others including Oakland and San Jose are studying related plans.

No city, at this point, has called for mandating affordable housing as part of their zoning changes.