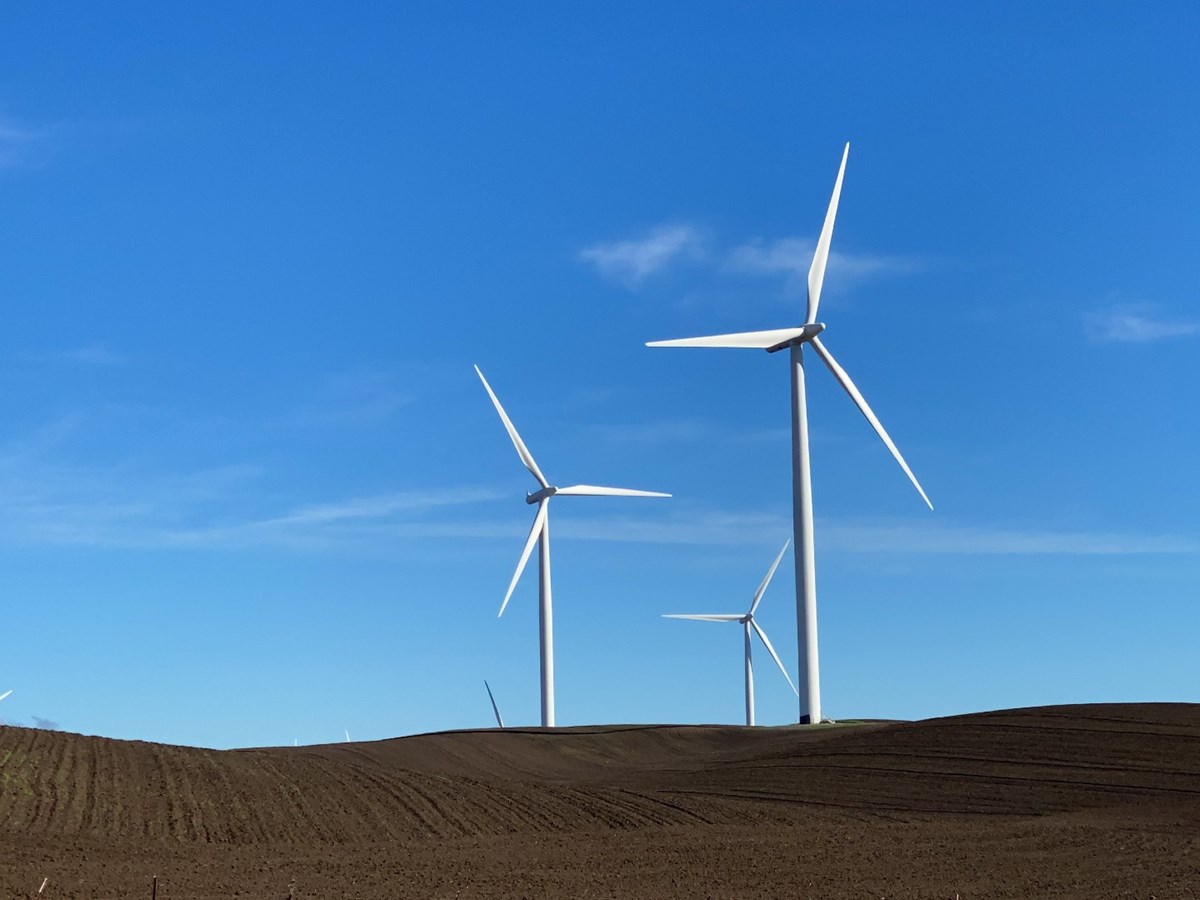 About an hour-and-a-half southwest of Sacramento, hundreds of nearly 20-stories tall windmills line the Montezuma Hills in Solano County. On back roads through these rolling peaks, the windmills’ shadows steadily move with the sun over farms, sheep and cows.

This mechanical forest alongside the Delta mirrors what California lawmakers want to replicate out on the ocean: an idea is being floated to allow wind turbines to be built about 20 miles off the coast from Santa Barbara to the Oregon border. It is seen by many as a necessary move to help California reach its climate goals — perhaps the most important carbon neutrality by 2045.

“The signs of the climate crisis are all around us,” said Assemblymember David Chiu, a Democrat from San Francisco. “With offshore wind, we have an opportunity to counter the threat of climate change, meet our clean energy goals and create thousands of new, good-paying jobs in the process.”

There are many hurdles ahead for offshore wind — impacts to marine life and birds, the basics of how to build turbines in California's deep waters, even the military — but research from environmental groups suggests a quarter of California’s energy needs could come from wind. That’s a big deal, because as the state moves away from fossil fuels it will need to find ways to harness around-the-clock power; not all the state’s energy needs can come from the sun.

“For something like this, it's more of a like a ‘go big or go home’ kind of situation,” said Eddie Ahn, executive director of the environmental group Brightline Defense.

For something like this, it's more of a like a 'go big or go home' kind of situation.

In late 2020, his group came out with a study saying a large transition to wind energy would have a dual impact: stripping the state of its reliance from fossil fuels while removing unfair pollution burdens off low-income communities.

“We really want to make sure there's not a need for those gas … power plants, the vast majority of which are located particularly in frontline communities, meaning typically low income households that are disproportionately burdened by environmental pollution,” he said.

A group of California lawmakers, including Chiu, have introduced a bill this session that would set a goal of producing 10 gigawatts of power from wind energy by 2040. It also would create a “short-term” goal of 3 gigawatts of power from offshore wind by 2030. The California Energy Commission would have until June 2022 to come up with a plan on how to reach the target.

Chiu says the East Coast is embracing offshore wind development in a way that wasn’t even happening five years ago. “We believe the state of California needs to take a leadership role,” he said.

This is how offshore wind works: Turbines sit on floating platforms, which are tethered to the ocean floor. As wind spins the turbines, the energy flows through cables underwater to a substation and then to shore.

The first offshore wind farms being considered in California are near Morro Bay, the Diablo Canyon nuclear power plant and Humboldt County. At least two other sites are being considered, including an area close to the Oregon border.

But how many wind turbines will it take to get 10 gigawatts of energy?

“The bigger the turbine size, the fewer you need,” said Mohit Chhabra, a senior scientist with the Natural Resources Defense Council’s climate and clean energy program.

What sets these turbines apart from their terrestrial cousins is that they will be sitting on a body of water that is ever-changing, moving both from below and above. California’s deep waters and changing winds will be a challenge, and building enough floating windmills to make a dent in California’s energy needs could be difficult, said professor Seongkyu Lee, who studies aerodynamics and wind energy at the UC Davis Mechanical and Aerospace Engineering Department.

“You need to consider a combination of the meteorological conditions and oceanography environment,” he said. “That makes modeling very, very complicated. Especially when you deal with irregular waves, atmospheric stability or tropical storms. You’ll need to model all of these, because all of them are important.”

But Lee says investing in wind and figuring out the issues, including where to buy or create the wind turbines, are all important for making life on Earth more sustainable.

“I am very confident that the direction is correct,” he said. “If we have continuous research, continuous support, maybe in the future — 2050 or beyond — we can get 100% of energy from offshore wind turbines.”

Many California agencies and universities are considering how to properly invest in offshore wind. The California Energy Commission has collected data, held meetings and studied floating wind turbines since 2016.

“We certainly need to learn a bit more to understand how this could work,” Commissioner Karen Douglas said.

Even with models in Europe and on the East Coast, Douglas says more California-specific research is needed. Oceans are deep here. And there’s another issue.

“The real challenges for us have been we don't have scalable, buildable areas off the California coast,” she said. “That's because we really needed to resolve issues with the Department of Defense.”

Potential sites, especially along the Central Coast, are often used as military training areas, according to Douglas. But she thinks that pushback will be eased with support from the Biden administration.

‘We Really Should Be Cheering’

There’s also the issue of how a city of oceanic wind turbines will impact wildlife.

The bird advocacy organization Audubon is in favor of offshore wind because climate change itself will do more harm to birds than wind turbines, according to Garry George, director of the national group’s clean energy initiative.

“So, 389 species of birds might go extinct in North America” due to the climate crisis, George explains. “So, yes, we need to do that, but we need to do it smartly.”

Since the wind turbines will be 20 to 30 miles out to sea, where there’s less biodiversity in the sky, he thinks the impacts to birds will be less. But they could affect migrating birds from other parts of the world.

“We don't know exactly how they're going to behave around floating turbines,” he said. 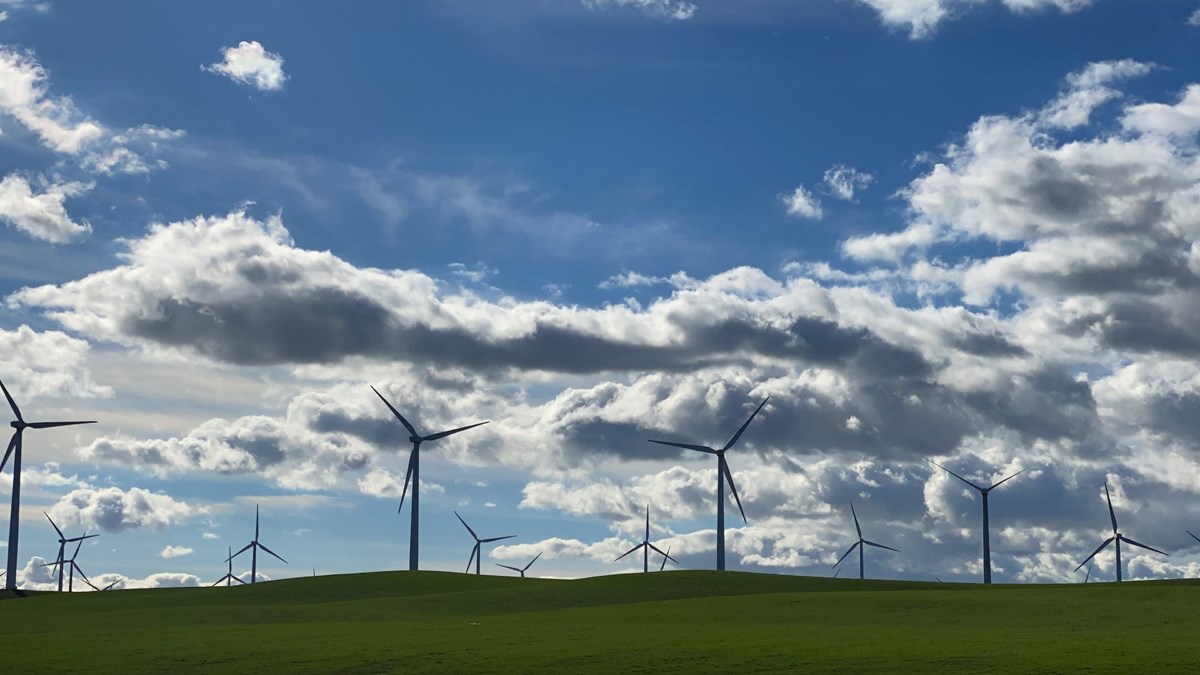 This mechanical forest of windmills alongside the Delta in Solano County mirrors what California lawmakers want to replicate out on the ocean.Ezra David Romero / CapRadio

A nearly thousand-mile-long wind farm on the sea will also likely affect the state’s fishing industry and marine life.

While many environmental groups support offshore wind, they want to make sure projects won’t harm ecosystems too much. Others believe that with proper planning the effects could be limited.

“We believe that there is enough sea space off of our coast to make sure that we both protect marine life and tap into this renewable energy that we need,” said Laura Deehan, state director for Environment California.

A massive wind project would likely bring thousands of short-term and long-term jobs to the state, as many as 14,000 of which would be for construction, according to Chiu.

One of the areas under consideration for offshore wind is near Humboldt. Jeff Hunerlach, district representative at the Operating Engineers Local #3 labor union in that area, sees offshore wind as a much-needed boost to the economy.

It would be huge for our community, our kids and for jobs, jobs, jobs.

“It would be huge for our community, our kids and for jobs, jobs, jobs,” he said.

Offshore wind would put Humboldt on the map again, Hunerlach argues, after seeing divestment in industries like timber.

‘“From a labor standpoint, the project would bring numerous jobs, apprenticeship programs, training programs, statewide,” he said. “They've already got the area picked out of where they want to build the new docking station.”

With all of this in mind, advocates like Nancy Rader with the California Wind Energy Association contend investing in wind is a no-brainer.

She’s lobbied for wind energy in the state for more than two decades and hopes the Biden administration’s desire to increase reliance on wind energy speeds up the adoption process in California.

“We really should be cheering every time a wind turbine goes up because it means less fossil fuels killing the planet,” she said.

Establishing offshore wind in California will take years of research and planning. It could also cost billions and there’s no guarantee that it will happen, but in a decade or less Rader wants Californians to flick on their lights and know their homes are powered by wind.