California Now Has A Futures Market For Water. Some Farmers Are Skeptical 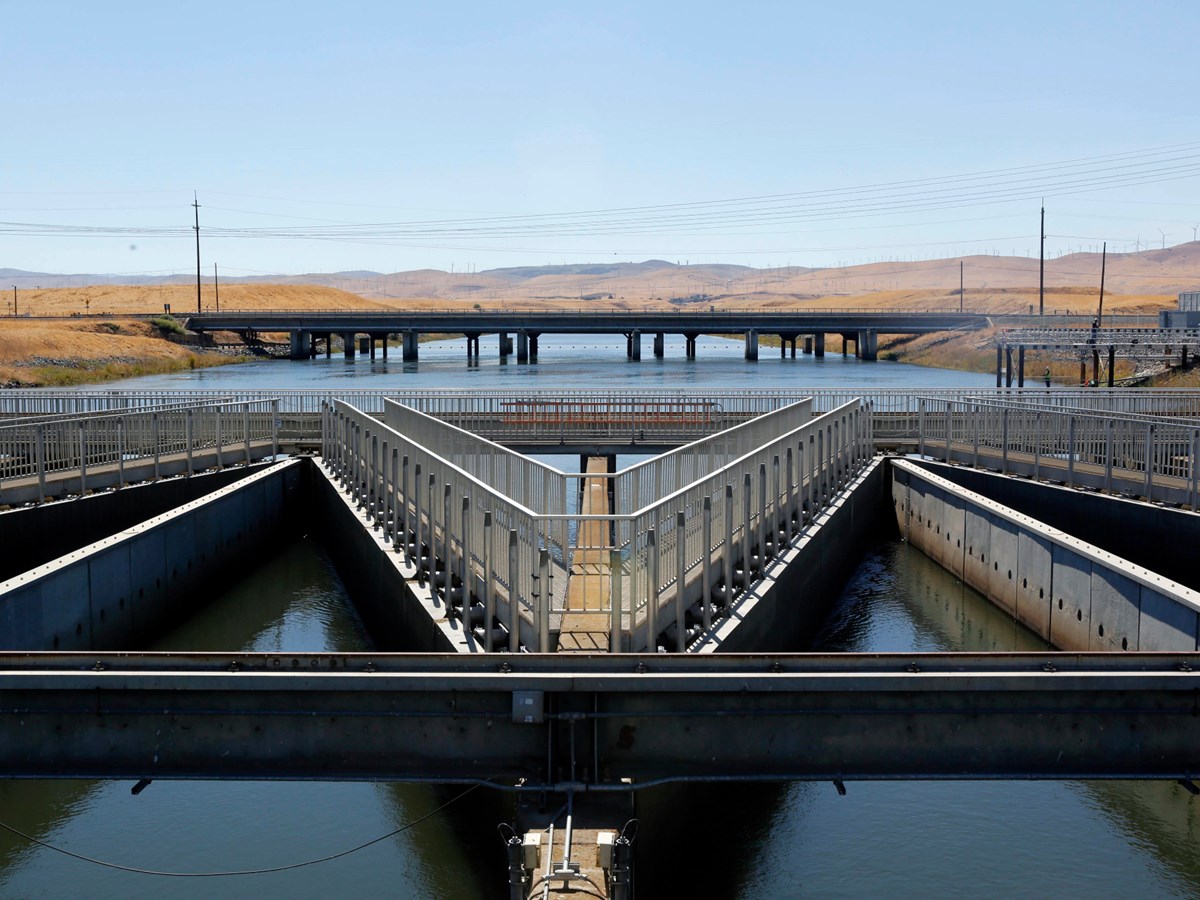 Investors, farmers, and Reddit users can now all hedge bets on the price of water in California thanks to the launch of the first water futures market in the country late last year. It represents a new financial outlook on water in California — one driven by the market.

Since its launch Dec. 7, the futures the market has seen 180 trades — equivalent to over 550 million gallons of actual water. But the water futures market has nothing to do with the movement of real water: it’s just about money.

“We’re not delivering water,” Tim McCourt of the CME Group, which manages the marketplace, said at the California Department of Food and Agriculture last week. “This is really the financial value.”

The financial analysts and consultants who pushed to create the market say this could be a way for some big water users — like almond farmers, mining companies, and urban utility districts — to save money in dry years when water is more expensive, what they call hedging risk. But some are skeptical of how effective or accessible the futures market will be for Californians.

What Does A Futures Market For Water Look Like?

The water futures market is built around a Nasdaq index that tracks the price of water in the state. The index price changes weekly, and represents a weighted average of the price of water. How much it rains, seasonal demand for water, investment activity and other factors can influence the price on a given day.

The market portion involves forecasting what the future price of water will be in a given month, and signing a contract agreeing to pay that price for a certain amount of water. So an almond farmer might decide to bet that water will cost $500 an acre foot  — enough to cover a football field with a foot of water — in six months. They sign a contract to lock in that price and wait.

“If people had to actually deliver water at the end of these futures contracts, they would be incredibly unwieldy, and probably not really that useful to anyone,” said Andrew Ayres, a research fellow in the Water Policy Center at the Public Policy Institute of California.

Moving water around California can be incredibly complicated and expensive. It might involve a bevy of regulations and environmental reviews depending on the source. Keeping the water futures market separate from the physical movement of water could make the marketplace more appealing to interests who don’t actually want to buy physical water, Ayres said. Namely, it represents a new opportunity for investors and traders.

'Water is going to be a hot commodity'

Some big water users in California also have doubts about how effective the system will be at meeting their needs: principally, securing enough water at a good enough price to stay in business. To some, the market seems ill-suited to the realities of how big water users buy and sell actual water already in California.

Eric Averett is the general manager of the Rosedale Rio Bravo Water Storage District in Kern County. He doubts how well an average price, even a weighted average, could reflect very different realities in water markets across the state.

Not all water trades are reflected in official data — sometimes two parties will agree to trade water on informal terms difficult to capture in pure price information. A water market in Yuba County looks wildly different from one in Los Angeles.

“There are so many factors that go into the pricing of water,” he said. “You may give me your tractor as partial payment.”

Averett doubts the ability of a Nasdaq index to capture the variability in water pricing across California in a way that would be useful for people who are trying to actually buy water.

"It’s financial folks recognizing that water is going to be a hot commodity and they’re trying to figure out how to get in on it,” Averett said.

Moreover, the kind of price forecasting that a futures market requires is complex and new to many farmers. At a meeting last week, Jared Plumlee of Booth Ranches near Fresno told the California Department of Food and Agriculture last week that farmers need to understand how the market works to benefit.

“It's all going to be very, very fast and very, very difficult for your average user to really throw his hat in that ring,” Plumlee said. And while he, and others, would love to pay less for water, they are more concerned with accessing enough water to fuel their businesses.

“We need new water, and we need new conveyance. And this doesn't help us,” he said, referring to the need some farmers feel for more irrigation canals and ways of physically transporting water across the state.

Rather than turn to the speculative futures market, some water users are exploring local strategies to use markets to manage the limited resource. Those markets are not purely financial — they involve the actual buying, selling, and movement of water — and could come to play a more significant role as California moves towards regulating groundwater for the first time.

But some remain dubious about the potential of markets — whether speculative or material — to address one deeply rooted problem in how California distributes and manages water.

“We've known for a long time that we've given out more water rights than we actually have water,” said Peter Gleick, the president of the Pacific Institute, an Oakland-based environmental organization. “And there's no market that addresses that.”

Correction: A previous version of this story misspelled Andrew Ayres and misstated how often the water index gets updated. It updates weekly.