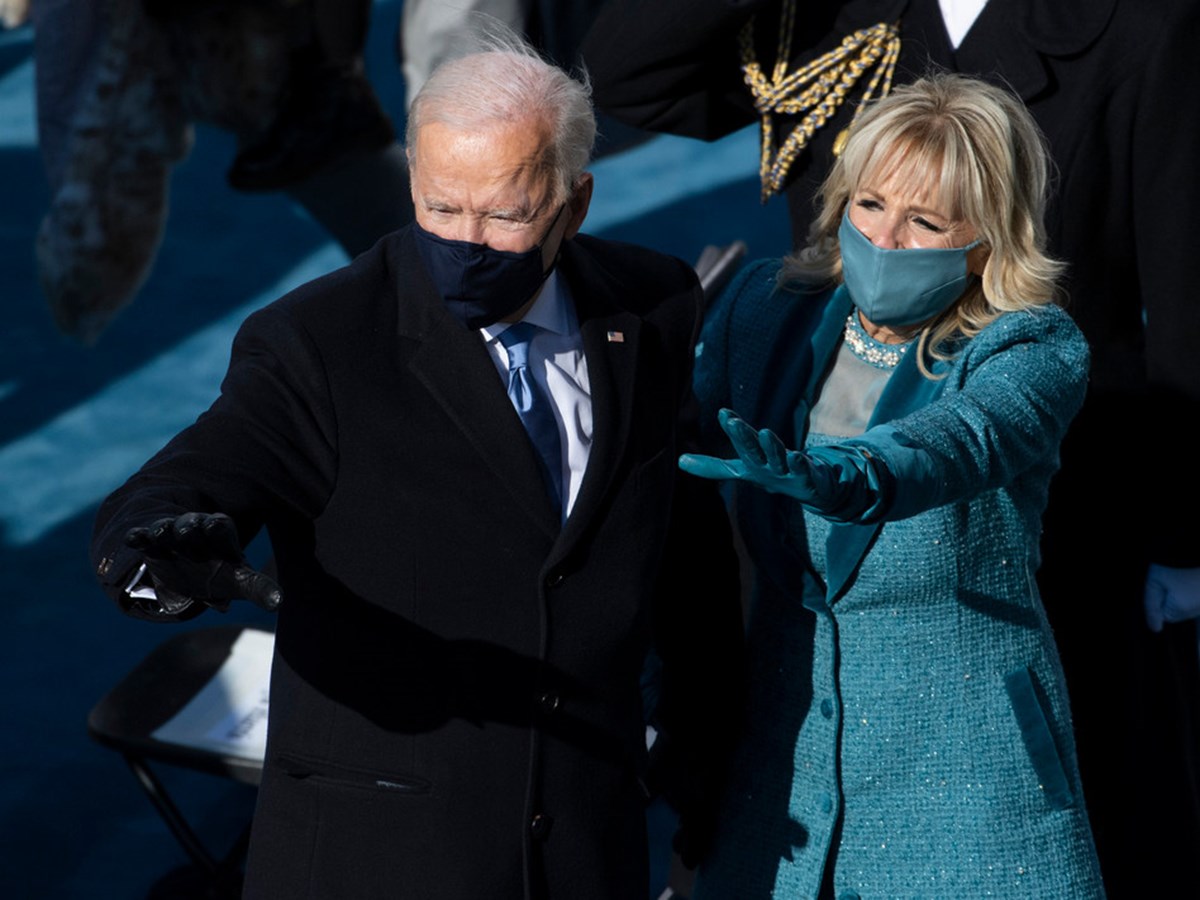 President Biden and first lady Jill Biden wave as they depart from the inaugural stage at the end of the inauguration ceremonies at the U.S. Capitol on Wednesday.

Joe Biden will become the 46th president of the United States on Wednesday, having defeated Donald Trump in an acrimonious, divisive election last November.

Biden will be sworn in alongside Vice President-elect Kamala Harris in an unusual inauguration ceremony, conducted amid the ongoing coronavirus crisis and heightened physical security risks.

Events for the day include:

Biden will come into office facing a public health crisis, a battered economy and deepened political rifts, as well as global concerns such as climate change. Still, he projects optimism, vowing to help heal the nation.

As part of his promise to the American people, Biden has sought to make his Cabinet the most diverse in U.S. history, reflected in part by Harris, who will be the first woman, the first African American and the first Indian American to hold the office of the vice presidency.

Biden's election victory marked the end of the Trump White House era, which was plagued by personal and political scandals, two impeachments and a call to action at the U.S. Capitol that was answered by violent, pro-Trump insurrectionists. Trump is not attending Wednesday's ceremony.