There’s A Lot Of Misinformation About California’s General Election. Here Are The Facts.

False news continues to spread about California’s general election, from unfounded claims by President Donald Trump that the state’s mail-in voting plans will lead to massive fraud to social media posts that recklessly allege people will be turned away from the polls this fall.

In recent months, PolitiFact California has debunked these and many other claims and demystified several confusing election issues.

Through November, we’ll continue to fact-check questionable statements and social media posts about the election through November.

Send us your request through our Ask PolitiFact California form. We’ll consider it in future updates.

Here’s a look at our fact checks so far:

No, California Is Not Sending Mail-In Ballots “To Anyone In The State,” As President Trump Falsely Claimed 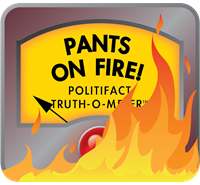 On Twitter in May, President Donald Trump claimed that Gov. Gavin Newsom "is sending millions of ballots to anyone living in the state, no matter who they are," while adding "This will be a Rigged Election. No way!"

In reality, Newsom ordered counties to send mail-in ballots only to registered voters in California, hardly to "anyone living in the state." He later signed a state law codifying the requirement.

Trump’s claims led Twitter, for the first time, to add an advisory to one of the president’s tweets.

“We believe those Tweets could confuse voters about what they need to do to receive a ballot and participate in the election process,” the social media company wrote.

Not just anyone can register to vote in California. Residents must be 18, U.S. citizens, not in state or federal prison or on parole for the conviction of a felony, and not declared mentally incompetent to vote by a court.

When combined with the misleading allegation that mail-in voting leads to fraud (which is exceedingly rare), and Trump’s assertion that California’s election will be "Rigged," the president’s overall claim is reckless, unsubstantiated and wrong.

We rated it Pants On Fire! 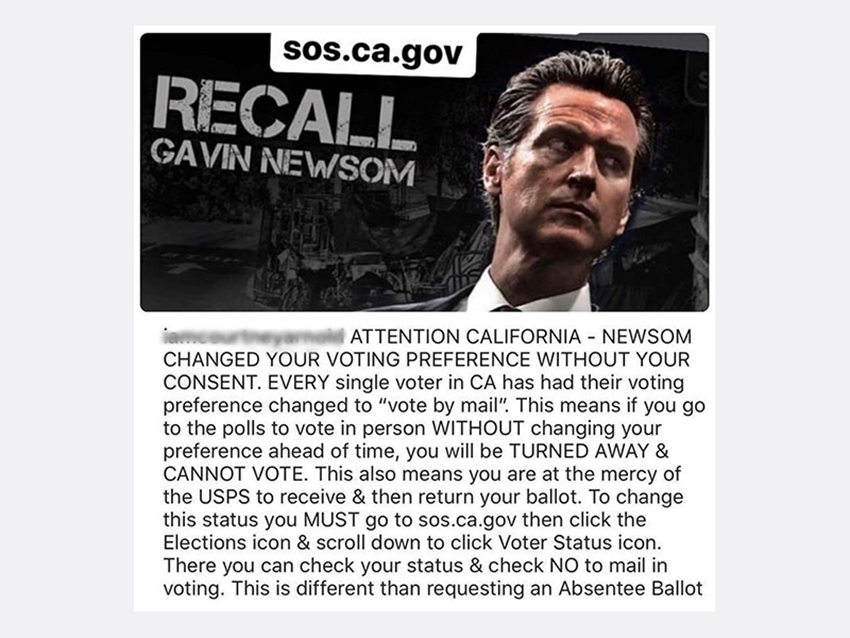 Following the president’s repeated false claims about mail-in voting, social media posts in August alleged California voters would be "turned away" from in-person voting unless they made a change online to their voter preference by selecting "No mail-in voting."

That is simply not the case. Voters don’t need to make any voting preference change to cast their ballot in-person.

All active registered voters will receive a mail-in ballot ahead of Election Day, as part of an effort to stay safe amid the pandemic.

But there are in-person voting options and none require Californians to make any changes to their voting preferences. To keep voting lines moving efficiently on Nov. 3, election officials are encouraging people who plan to vote in-person to bring their mail-in ballot with them so they can exchange it for an in-person ballot. Voters won’t be turned away if they don’t bring their mail ballot, but officials say the process could take longer.

In the end, we found the claims in these social media posts are both inaccurate and reckless, deserving of our most severe designation.

We rated these claims Pants On Fire! For more details, check out our full fact check.

How Early Should You Send In Your Mail-in Ballot To Make Sure It Gets Counted? Social Media Posts Confuse The Issue 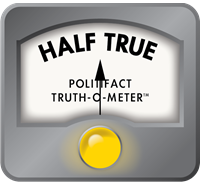 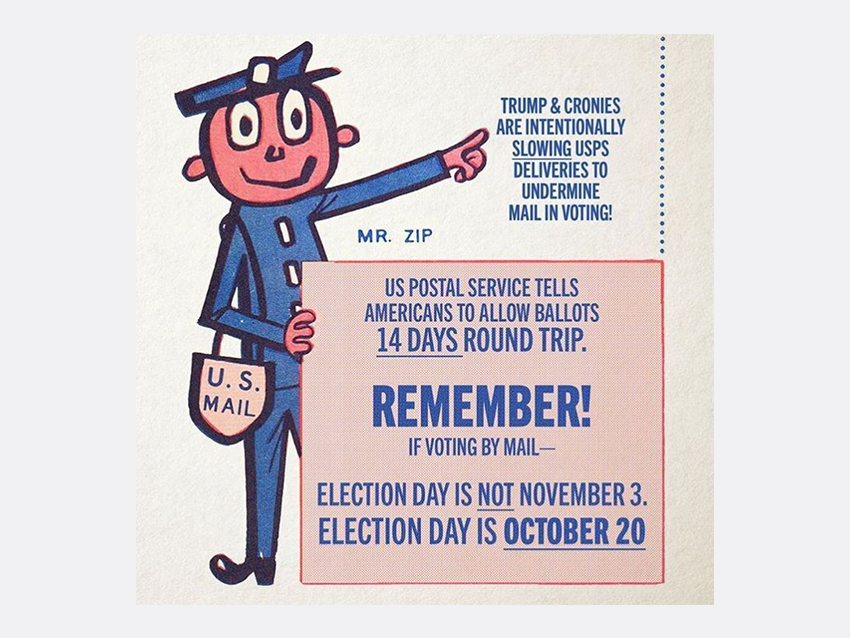 This meme spread on Facebook in July, but we found the Oct. 20 date doesn’t apply in California.

Several widely-shared social media posts in July suggested that Election Day for Americans who want to vote-by-mail is really Oct. 20 and not the official date, Nov. 3. They also say the U.S. Postal Service recommends allowing "at least 14 days roundtrip" to ensure they can request, fill out and send back their mail-in ballots on time.

We found some of this is accurate, but not for all states, including California.

Some allow far more time for the receipt of mail-in ballots than others. Ballots are still counted in California, for example, 17 days after Election Day, as long as they are postmarked by Nov. 3, under a new state law. In many other states, there’s no extension and ballots must be received on Election Day.

In California, voters can return their vote-by-mail ballots through the postal service or at any in-person voting location, their county elections office or ballot drop box. If voters wait to mail their ballot on Election Day, they should make sure to check the pickup time listed on the U.S. Postal Service mailbox. If the mail is picked up before a ballot is dropped off, the ballot won’t be postmarked on Nov. 3, meaning it won’t be counted.

The deadlines to receive ballots for all 50 states are listed on the National Conference of State Legislatures website.

The part of the claim about allowing “at least 14 days roundtrip” to ensure you can request, fill out and send back your mail-in ballot also does not directly apply to California.

That’s because a new state law requires counties to automatically send all active, registered voters a mail-in ballot whether they’ve made that their voting preference in the past or not. Counties must send out those ballots by Oct. 5; they’re expected to arrive a few days later.

Election officials across the country are encouraging voters, including in California, to return their mail ballots at least a week early to avoid any problems with mail delivery.

In the end, these social media posts bend the truth by suggesting there’s a fixed deadline of Oct. 20 to vote-by-mail in the United States. That’s really not the case, especially in California. Still, election officials encourage voters to act early.

We rated the overall claim Half True. 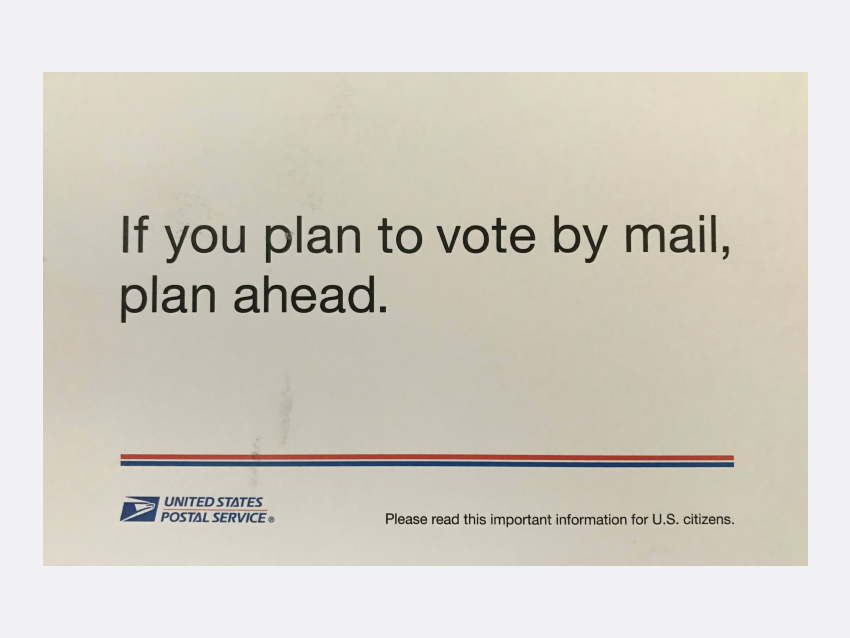 This U.S. Postal Service postcard was sent out nationwide in September, but some of the details on the back confused California voters.

Adding to the mixed messages, the U.S. Postal Service sent out a postcard nationwide advising Americans to request their mail-in ballot 15 days before Election Day and add postage to the return envelope if needed.

This caused confusion among some voters in California and other states where ballots will automatically be sent to all active, registered voters with prepaid postage.

Election officials across the state emphasized there’s no need to request a mail-in ballot if you’re already registered and have participated in recent elections. They did, however, encourage all voters to verify their registration.

In California, you can register, pre-register (if you are 16 or 17) or check your registration at registertovote.ca.gov. Teens who pre-register will receive a confirmation in the mail once they turn 18 stating their voter registration is now active.

Ballots In California Dumpster Were Actually Old Election Materials From 2018 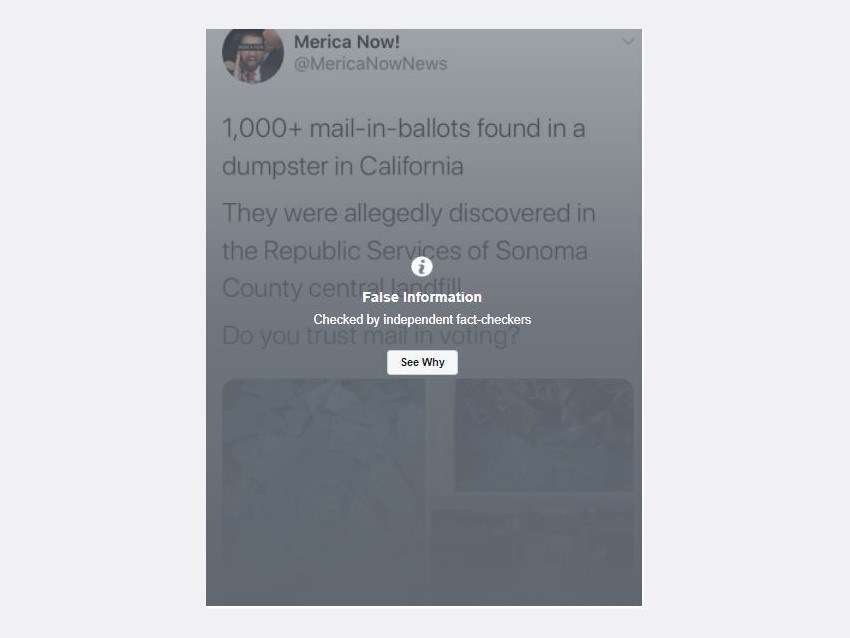 In late September, social media users shared photos of what they alleged were vote-by-mail ballots from the 2020 election dumped at a landfill in Sonoma County. The photos rocketed across Facebook and conservative websites until county election officials pushed back.

They took to social media and asked users to help stop the spread of this false information. Sonoma County Registrar of Voters Deva Proto told PolitiFact California the photos actually show “old election materials that were taken to be recycled per the California elections code. All the materials had nothing to do with the current election.”

She said these materials were from 2018 and 2019. They included old voter information guides, ballot envelopes, test ballots, unused ballots and probably some voted ballots. But she said those do not include a person’s name, and there’s no way to tie a ballot back to an individual once it’s been discarded.

PolitiFact rated the claims in the Facebook posts as False.

Will Thousands Of Vote-By-Mail Ballots Go To Californians Who Have Died Or Moved? Experts Are Skeptical

This spring, an elections watchdog group made the questionable claim that California will send 458,000 ballots to voters who are dead or have moved under its vote-by-mail plans. President Trump has made similar comments about mail-in ballots in general, telling Fox News in August that “People that have been dead for 25 years are getting them.”

Election experts say some ballots are sent out in error, but are highly skeptical of the watchdog group’s figure.

They say the claim ignores measures used to to update voter rolls and the safeguards in place to prevent fraud.

Read our in-depth report on this issue here.

Throughout much of 2020, President Trump has made what election experts say is a false distinction between ‘absentee’ and ‘mail-in’ voting.

Experts say the safeguards and verification process for both are the same.

For decades, people have been allowed to request absentee ballots if they were sick, disabled or traveling during the election so they could cast their vote by mail.

A majority of states, however, no longer require voters to submit a reason to request an absentee ballot, a term that’s been phased out in many states, including California, in favor of ‘mail-in’ voting or ‘vote-by-mail.’

Read our full report on the topic here.

Despite Trump’s Suggestion, Voting Twice In An Election Is Illegal Under California And Federal Law

President Trump suggested in early September that people should vote by mail and in-person during the fall election. Voting twice in an election is illegal under California and federal law.

The crime is punishable by imprisonment of between 16 months and three years under California law and a maximum of five years under federal law.

Election experts say there are safeguards in place to prevent double voting.

CapRadio and PolitiFact California are fact-checking election misinformation and answering your questions about voting through the November 2020 election. Email us your questions and ideas for a fact check at [email protected], or contact us on Twitter or Facebook.

You can also send us your request through our Ask PolitiFact California form. We’ll consider it in future updates.