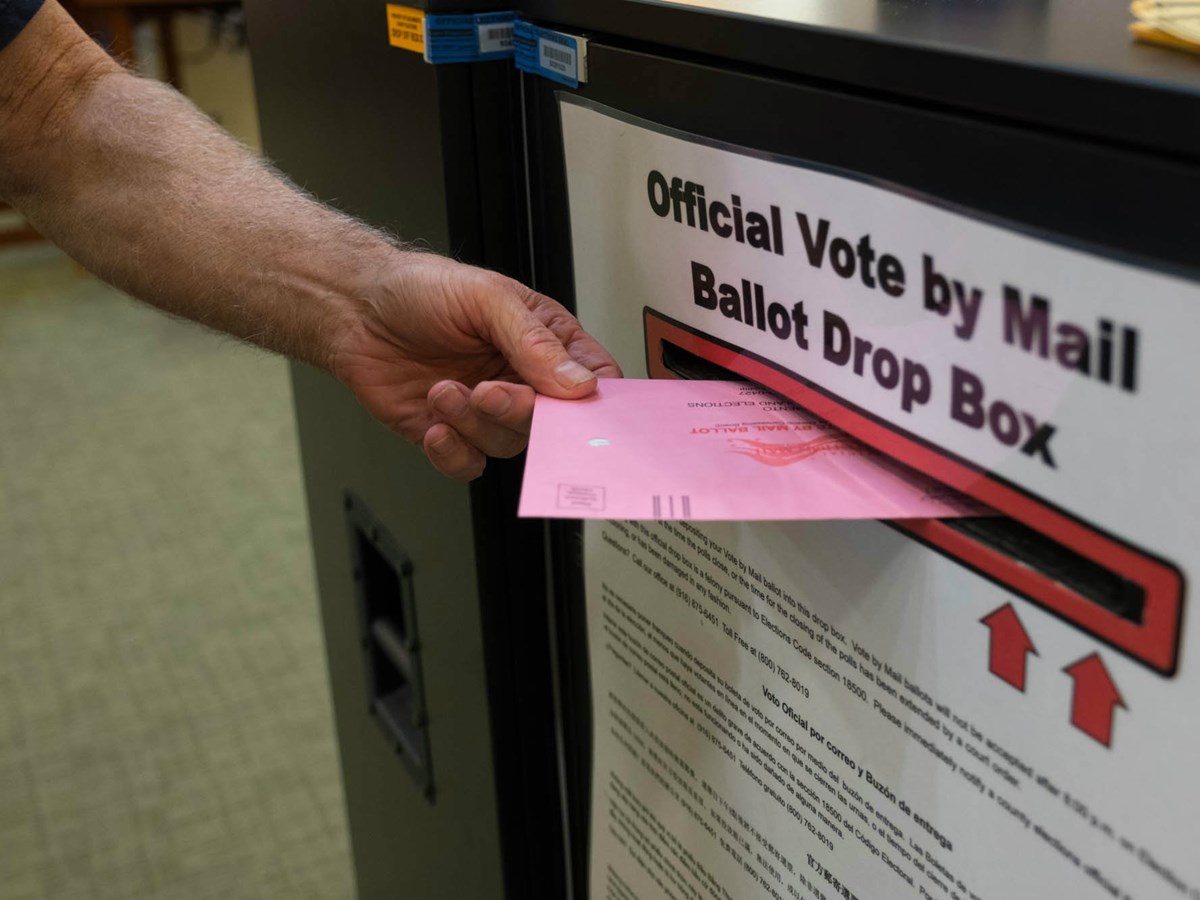 To get to the bottom of this, CapRadio’s PolitiFact California reporter Chris Nichols joined host Steve Milne for “Can You Handle The Truth?”, a weekly segment on misinformation and fact-checking.

These photos started spreading rapidly last week on Facebook and conservative websites, showing what allegedly were unopened vote-by-mail ballots from the 2020 election. The posts said the ballots were found in a dumpster at a county landfill.

Sonoma County election officials pushed back against this pretty quickly. They took to social media and asked users to help stop the spread of this false information.

The County’s Registrar of Voters Deva Proto explained what was found at the landfill, calling them “old elections materials that were taken to be recycled per the California elections code. All the materials had nothing to do with the current election.”

Proto said these materials were from 2018 and 2019. They included old voter information guides, ballot envelopes, test ballots, unused ballots, and possibly some voted ballots. But she said those do not include a person’s name, and there’s no way to tie a ballot back to an individual once it’s been discarded.

PolitiFact rated the claims in the Facebook posts as False.

Proto urged people to contact their local election officials if they have questions or see something strange. “Check and see if it’s been fact-checked,” Proto said. “And, if you’re unsure, check it yourself. Most of the information we got about the false posts was people speculating.”

Prop 15 would raise property taxes on large commercial and industrial properties. And the No campaign says it would also be “a massive property tax increase on solar in California.”

Nichols spoke with UC Davis tax law professor Darien Shanske who said that the No on Prop 15 campaign’s statements are deceptive for two reasons.

“First, it’s misleading because the claim suggests it applies to residential solar, which it clearly does not,” Shanske said.

Second, Shanske said California approved a new law this year that protects the commercial solar industry from any new property tax increases should Prop.15 pass. Opponents say that the new law will be challenged in the courts, but even the solar industry says it’s confident that Prop 15 won’t lead to higher taxes for its industry.

PolitiFact California rated the No on Prop. 15 claim as False.

Next Wednesday, on Oct.7, Nichols will be fact-checking the debate between Vice President Mike Pence and Democratic Vice Presidential Candidate California Sen. Kamala Harris. He will be focused on statements that Harris makes about her record in California.