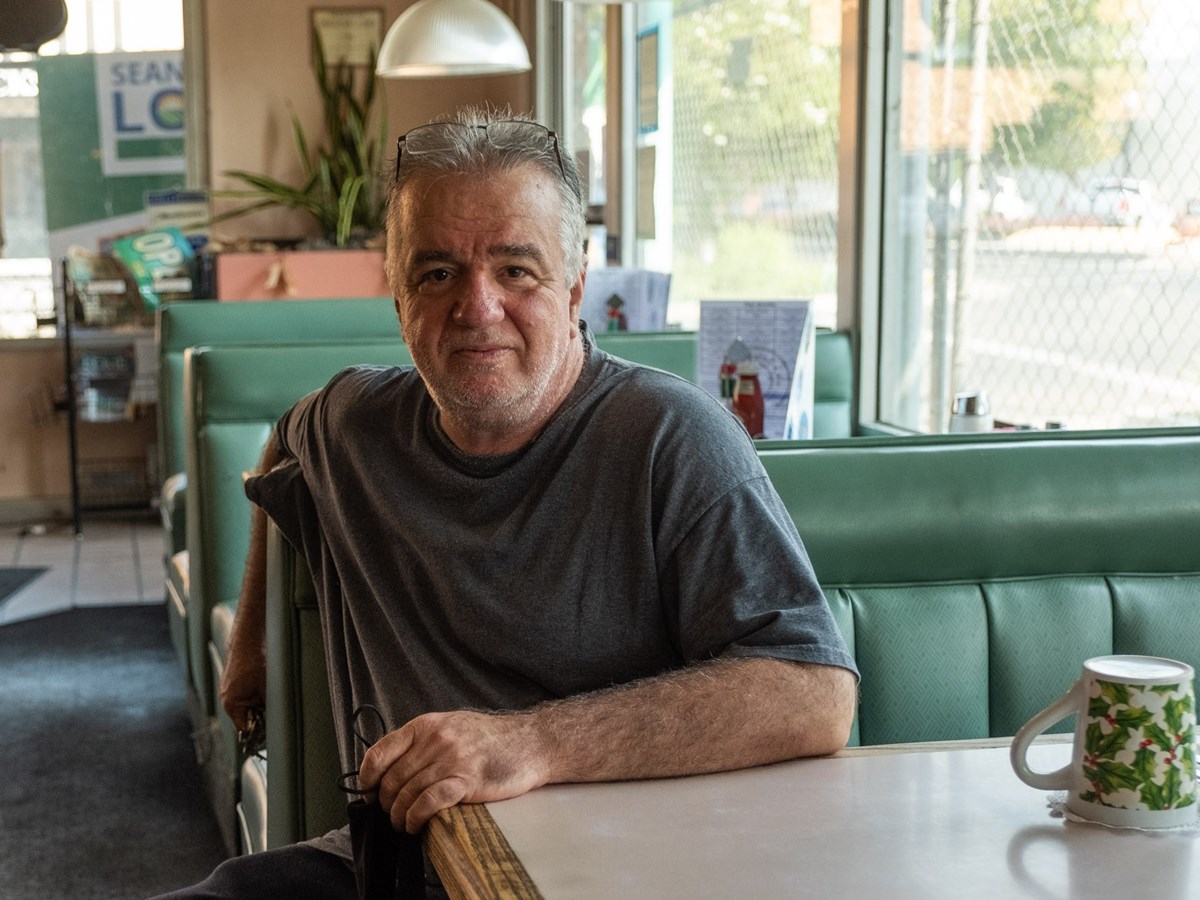 After months of serving takeout and food outside to diners risking the heat, pandemic and the occasional wildfire smoke, restaurants in Sacramento County are now able to open for limited indoor dining after the county reported a decrease in COVID-19 cases.

The loosened restrictions, prompted by a move into another tier in the state’s reopening plan, will allow restaurants to resume indoor service at 25% of their capacity.

But for businesses outside of the central city, where outdoor dining was more difficult and takeout was often the only option, this change could offer the boost needed to keep them from closing permanently.

Yang’s restaurant is a banquet-hall style establishment that previously made the bulk of its money from booking large parties and weddings. The restaurant, which serves dim sum, can seat about 400 people. 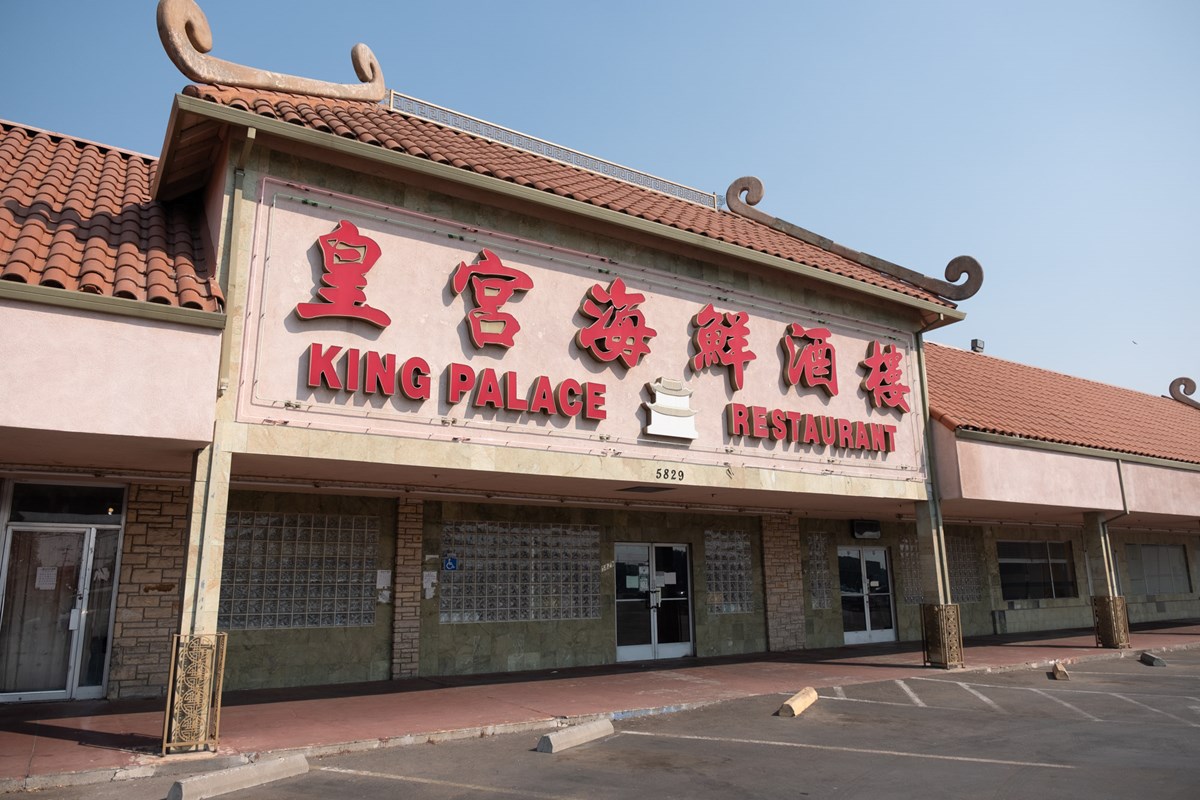 While she isn’t expecting her restaurant to fill up to the 25% threshold — which, for King Palace, is about 100 people — she does say the reopening for indoor dining can help keep her afloat.

“I don’t have that many customers coming out to eat yet, hopefully by next month though, and then going into November when the holidays come,” Yang said. Thanksgiving and Christmas are traditionally some of her restaurant’s biggest business days, so she said she hopes restrictions can ease further by then.

Corey De Roo, director of the Florin Road Partnership, said that many South Sacramento restaurants are “thrilled” that they are allowed to reopen — even if it’s only in a limited capacity. 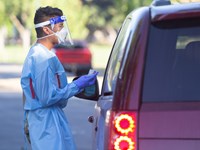 Back in May, the city allowed for restaurants to move their dining outdoors, in a program they called “Farm to Fork Al Fresco.” But the program was contingent upon restaurants having the space and the environment to expand outdoors. For restaurants that operated alongside busy roads or in crowded shopping plazas, outdoor dining wasn’t easily done.

“While the Al Fresco dining was a good option for midtown and downtown locations, the traffic, the amount of accidents and the speeding on Florin Road made that nearly impossible for the restaurants in South Sacramento,” De Roo said.

But not every restaurant is expecting to reopen following the new guidelines.

For Khalid Farhoud, owner of Sammy’s Restaurant on Del Paso Boulevard, the easing of restrictions is too little too late. He said his diner, which he’s owned since 1996, was a meeting place where people would come to eat breakfast, lunch or dinner — sometimes all three.

But he said the loosened restrictions would mean only seating six people, which wouldn’t justify the cost of reopening. Sammy’s Restaurant has been fully closed since March, not offering take out or outdoor dining.

“Twenty-five percent is not enough,” he said. “If somebody comes into the restaurant and sits at a table, six people — it’s a full house. And do you know the minimum wage is $12, plus the food cost is sky high.” 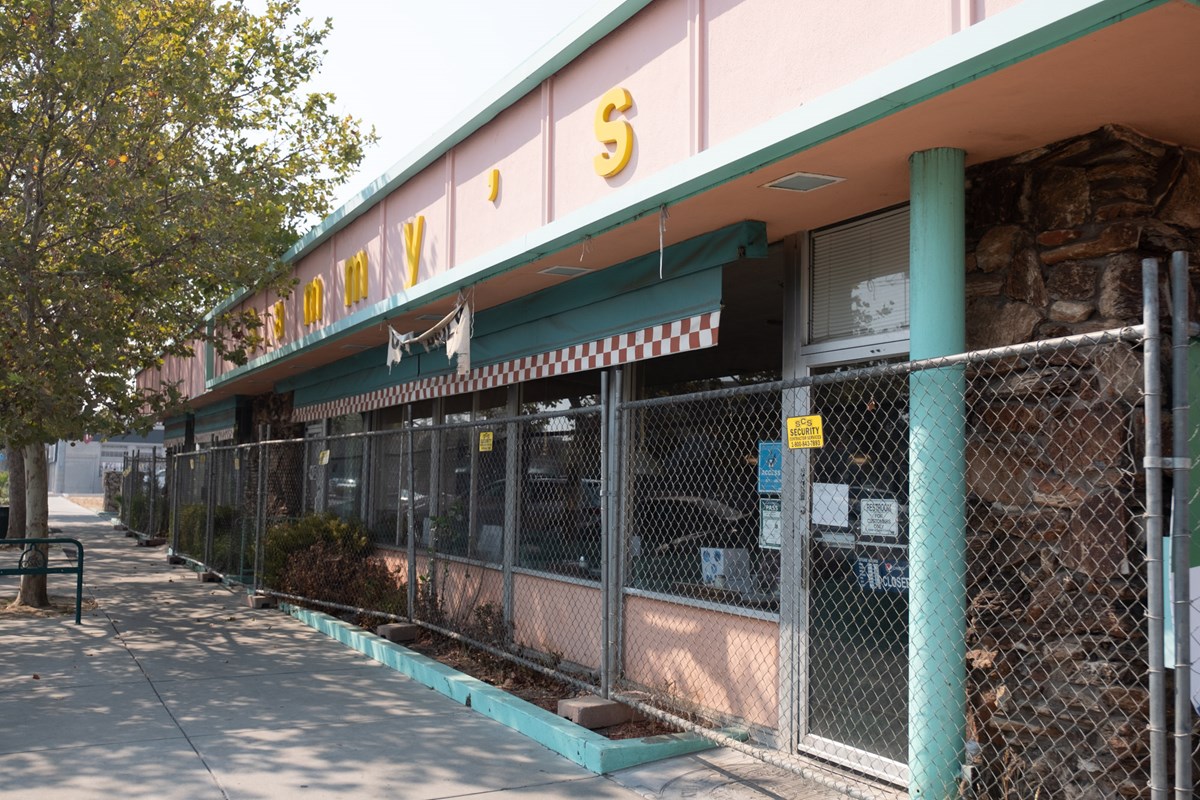 Sammy's Restaurant has been closed even to take-out since the stay at home order in March.Andrew Nixon / CapRadio

Thankfully, he said he owns the building, so he hasn’t had to pay rent. And while he is concerned about staying afloat, Farhoud said he is still open to the possibility of opening soon.

In Midtown Sacramento, the neighborhood business association reported that nearly all of it’s approximately 200 eating and drinking establishments have been operating under some combination of takeout and outdoor dining.

Emily Baime Michaels, executive director of the Midtown Association, said all of the restaurants would be taking advantage and offering indoor dining again soon.

“Even though the Al Fresco program is available, operating outdoors has been an absolute change in their business model and a challenge,” Michaels said. She added that because of heat waves and wildfire smoke, outdoor dining has not been without its obstacles.

She said many midtown establishments have been preparing for months for the reopening of indoor dining with increased staff training and safety protocols. While she said she is concerned that the reopening of indoor dining could cause another spike in COVID-19 cases and tighten restrictions again — as was the case earlier in the summer — she said it’s a risk midtown restaurants are willing to take.

“There’s a lot of concern in general in the business community that there’s going to be a lot of starts and stops until we’ve come through on the other side of this,” she said. “But the reality is it’s far more risky for these businesses to not be open.”

Frank Louie, executive director of the Stockton Boulevard Partnership, said these closures are a result of difficulty implementing outdoor dining along their corridor, and lack of access to federal and local loans.

Louie said there’s an added problem — restaurants in his district are having trouble getting their employees back after many had been laid off for so long.

“Some of them haven’t been able to get their employees back to work,” Louie said. “The majority of them are going to open up with the 25% capacity, but some of them that aren’t, it’s because there’s still a labor shortage.”

For Paula Yang at King Palace, she said she’s been lucky to have an understanding landlord who has allowed her to not pay rent for the last few months. She said she’ll be trying to keep her dim sum restaurant around as long as she can.

“I just barely made it, as long as the landlord doesn’t chase after me for the rent, if I’m making enough to pay my employees, I’m not giving up yet,” she said.