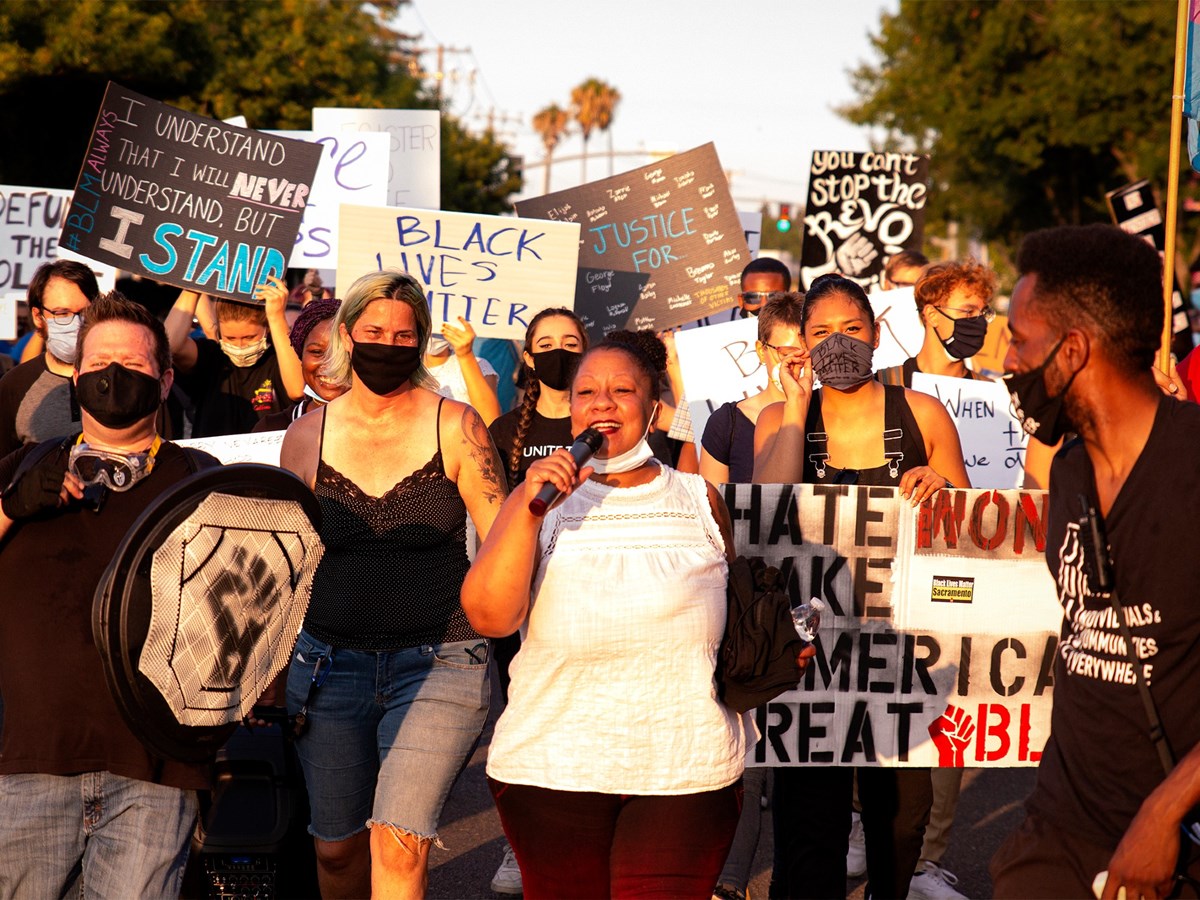 Tanya Faison of Black Lives Matter Sacramento leads protesters on a march down Richards Boulevard in Sacramento on Aug. 1, 2020, demanding police reform in the wake of nationwide demonstrations against police brutality.

About a hundred peaceful Black Lives Matter demonstrators marched through downtown Sacramento to the city’s police department headquarters on Saturday evening, calling for justice for victims of police killings and movement on police reform in the city.

Faison also used the gathering to speak about  Mayor Darrell Steinberg’s ”strong mayor” ballot proposal and the group’s opposition to it. 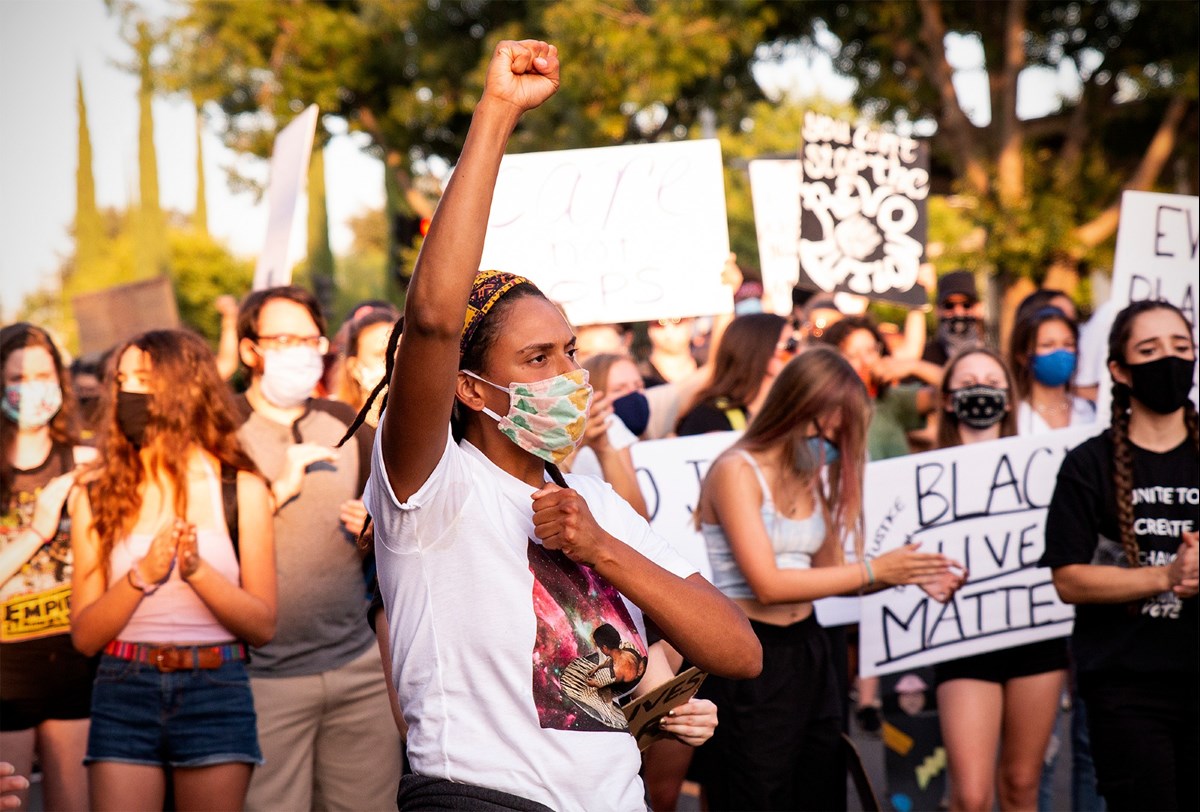 “The strong mayor is problematic — it’s really problematic,” Faison said.It’s giving him executive power, and he doesn’t need anymore power than he already has. And he’s proven to the people that he’s not the man who deserves executive power.”

Saturday’s demonstration marks over two months since protests began in Sacramento in response to the police killing of George Floyd at the end of May. Though fewer people were present at Saturday’s event than in past protests earlier in the summer, those present said they felt the message was still relevant, because it had yet to be addressed by the city. 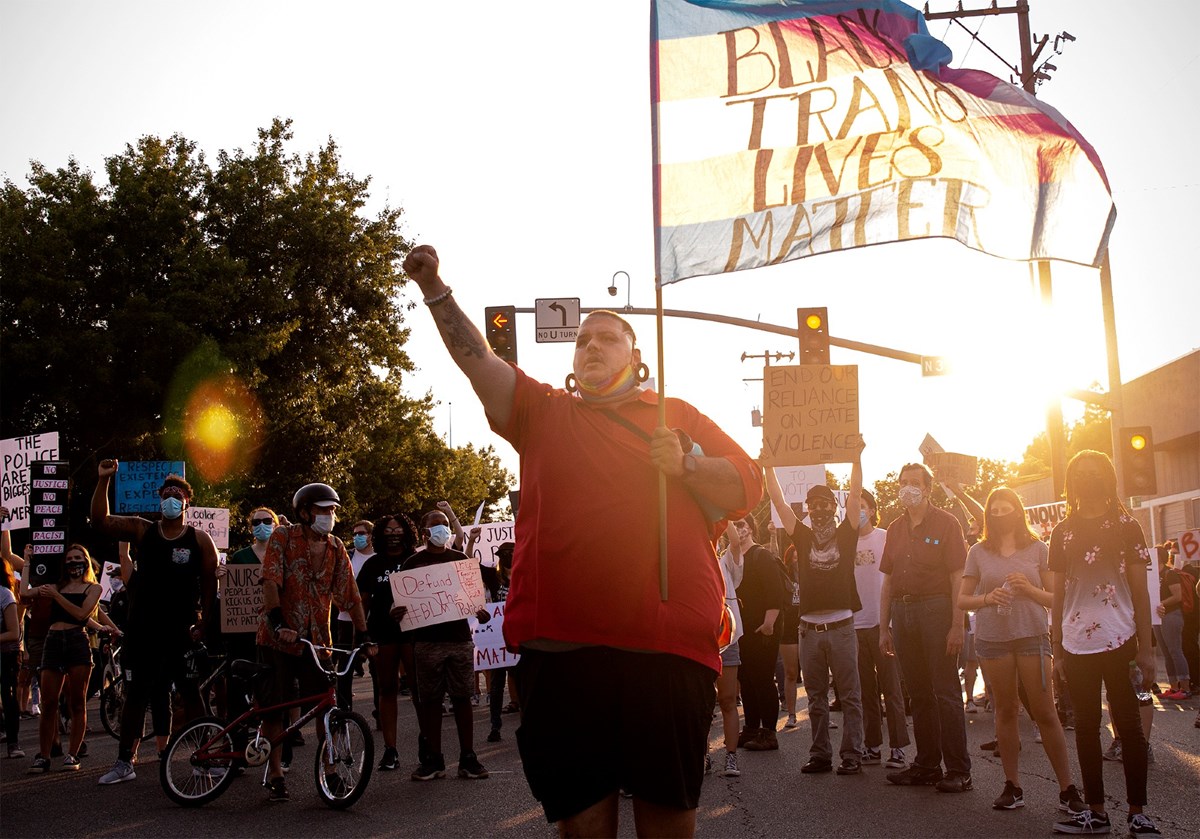 “When it first started, it definitely was more people out here. People were just angry, and now we’re getting more people who have a specific idea of what they want,” Meg White, an organizer with Justice Unites Individuals and Communities Everywhere (JUICE) said.

Faison said the demonstrations will continue until the city council puts in place the police reforms they’re asking for.

Many local organizations have demanded firing the police officers who killed Stephon Clark in Meadowview in 2018, and rerouting city funds from police to  community organizations and youth programs. 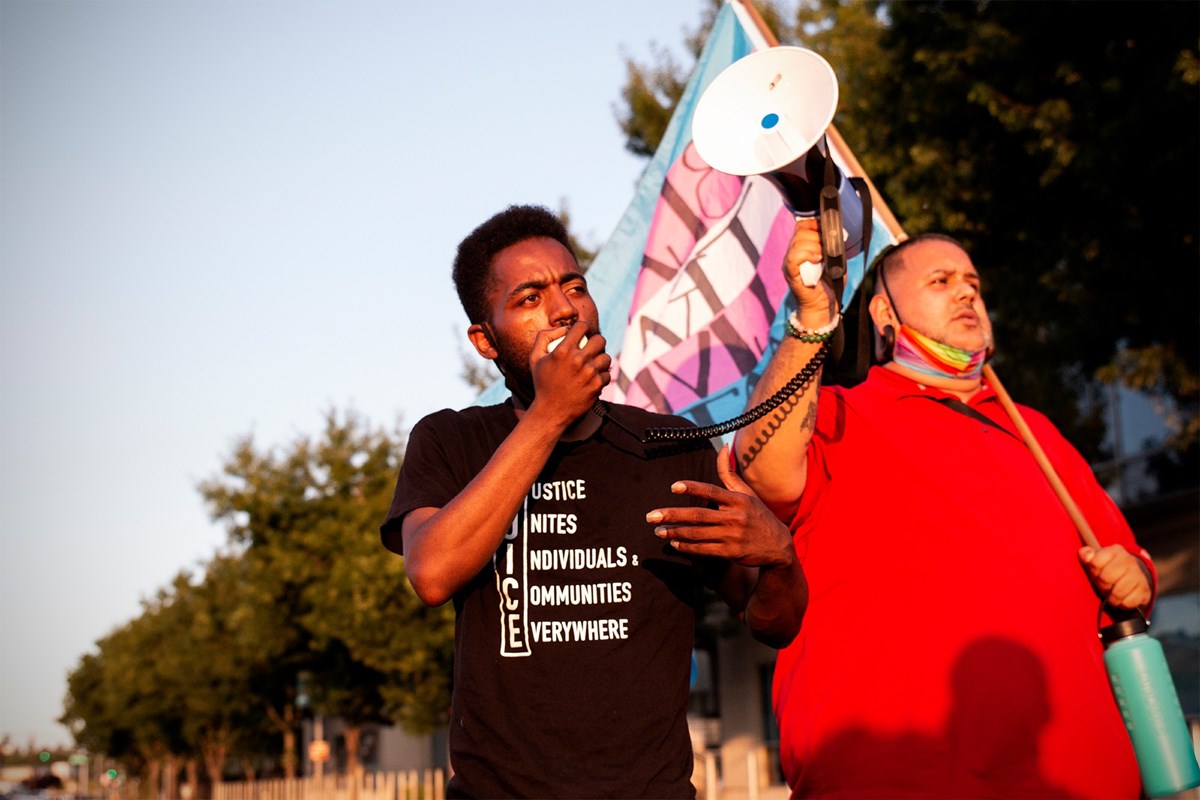 Earlier in the summer, Mayor Steinberg put forward police reforms he said he believed would address issues of police killings in Sacramento, such as setting up a 911 call line for mental health-related calls that is not operated by the police as well as creating an inspector general position.

“Those are not really reforms,” Faison said. “They look like they’re reforms but they make no change. Our goals are just to keep reminding the city of Sacramento that we’re still demanding the police be defunded.”