Sacramento County health services director Peter Beilenson says if COVID-19 was spreading rapidly at the demonstrations for racial justice that started in late May, health workers would be seeing lots of cases by now.

But they’ve only identified three people with cases directly linked to the protests against the police killing of George Floyd.

“We would have expected to see it starting at least a week ago,” Beilenson said.

The demonstrations drew thousands of people to the streets of downtown Sacramento and cities across the world. At some of the events, people were packed shoulder-to-shoulder in Cesar Chavez Plaza. There’s also been a lot of chanting and yelling, which scientists have warned increases how many viral particles are expelled into the air.

But Beilenson saysthere were a few protective factors at play during the demonstrations..

“No. 1, the folks were young in general, so if they had cases they would probably be asymptomatic,” he said. “No 2, there were a lot of people wearing masks, both the protesters and the police. And No. 3 it was outdoors.”

He says being outside allows aerosol particles to dissipate, reducing the chance of spread.

So far, multiple new cases have been traced back to  gatherings at people’s homes, funerals, and church events that did not take place in churches.

“That’s concerning to us, because it’s not a business where we can enforce,” he said. “We’re trying to get as much publicity out as possible about being sociable and being sensible at the same time.”

The county recently saw COVID-19 cases more than triple, from eight cases in late May to 33 cases two weeks later.

On Friday, bars, gyms and movie theatres, as well as other types of entertainment venues, got the green light to open. 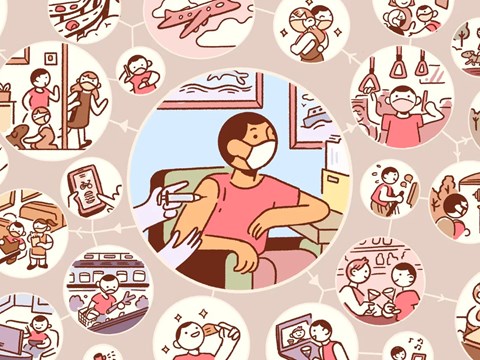