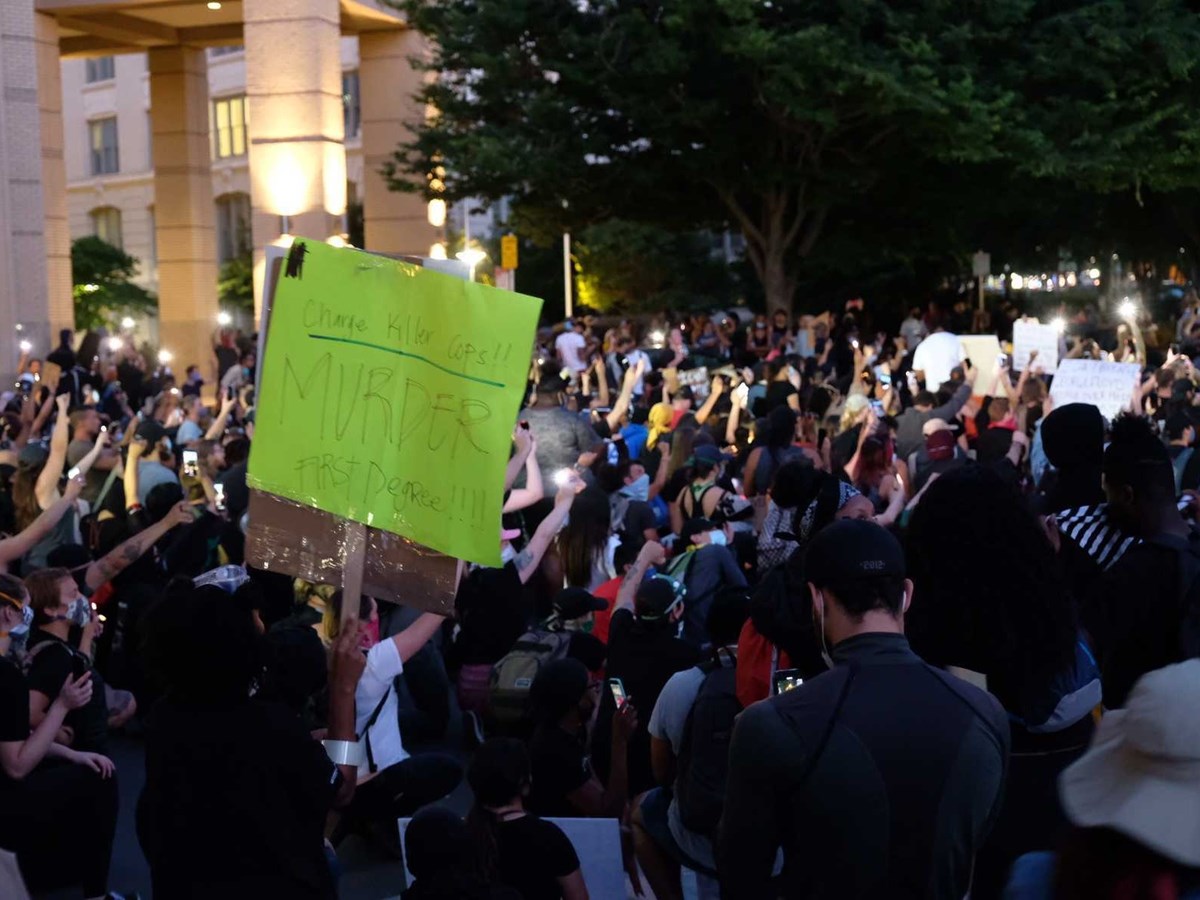 With helicopters circling above and National Guard vehicles lining the streets, hundreds of Sacramento demonstrators took a knee in front of City Hall Monday night. They raised their cell phones to the setting sun, and vowed to peacefully protest the police killing of George Floyd.

After the crowd returned to Cesar Chavez Plaza, they peacefully disassembled. Despite law enforcement presence throughout downtown, the citywide 8 p.m. curfew was not widely enforced. 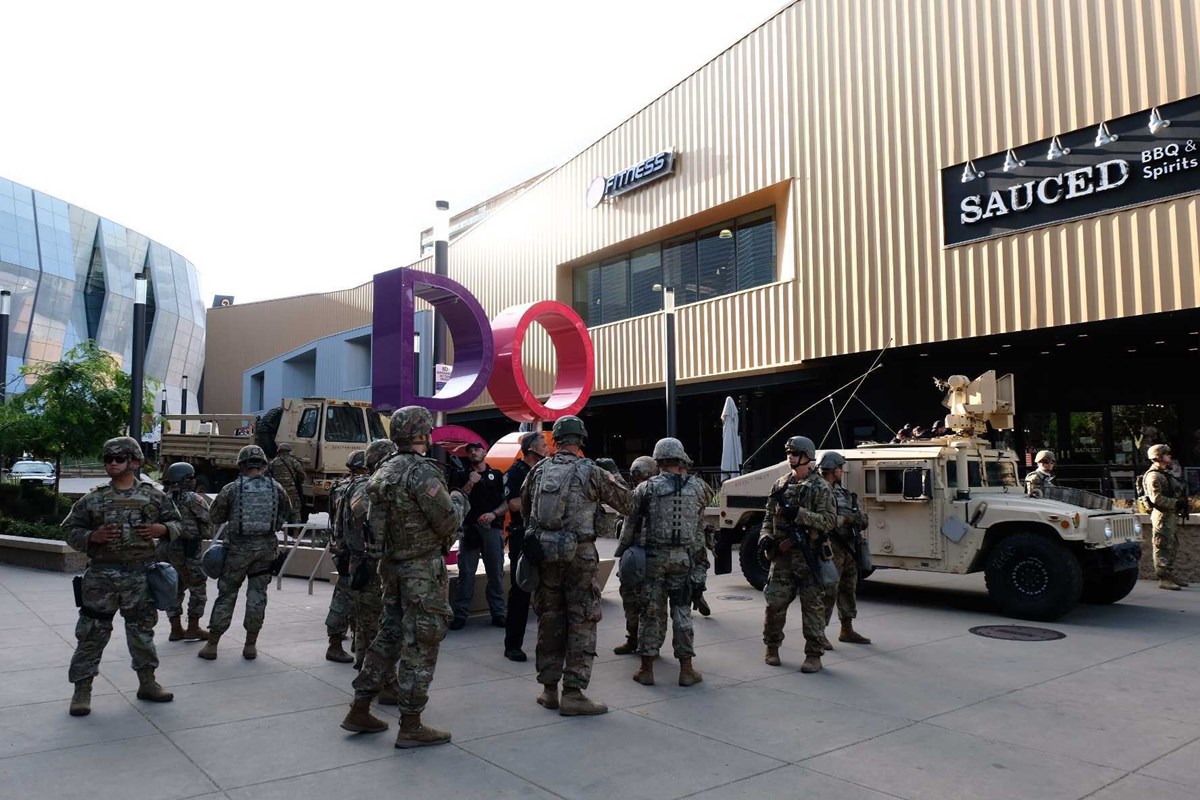 National Guard troops stand in front of the Golden 1 Center. The city of Sacramento requested the guard presence after two nights of damage to businesses following peaceful protests.Andrew Nixon / CapRadio 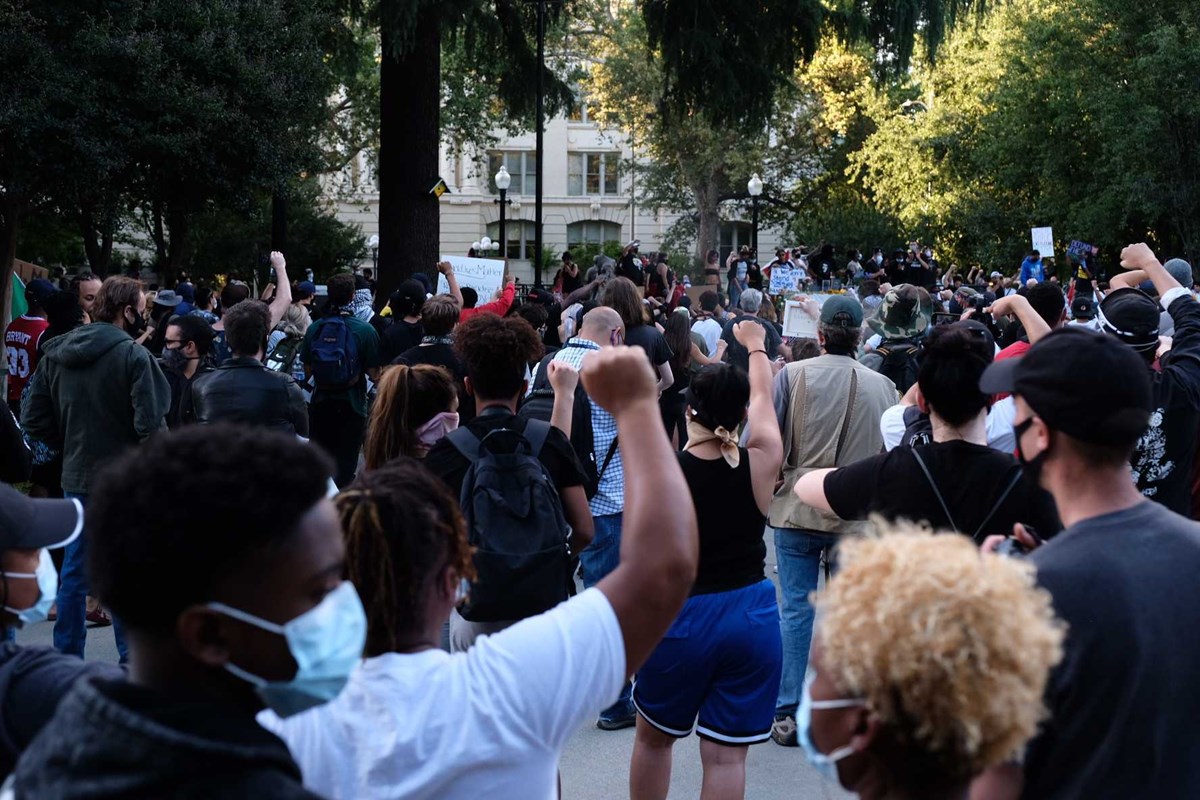 Crowds hold up their fists at a prayer gathering at Cesar Chavez Plaza.Andrew Nixon / CapRadio 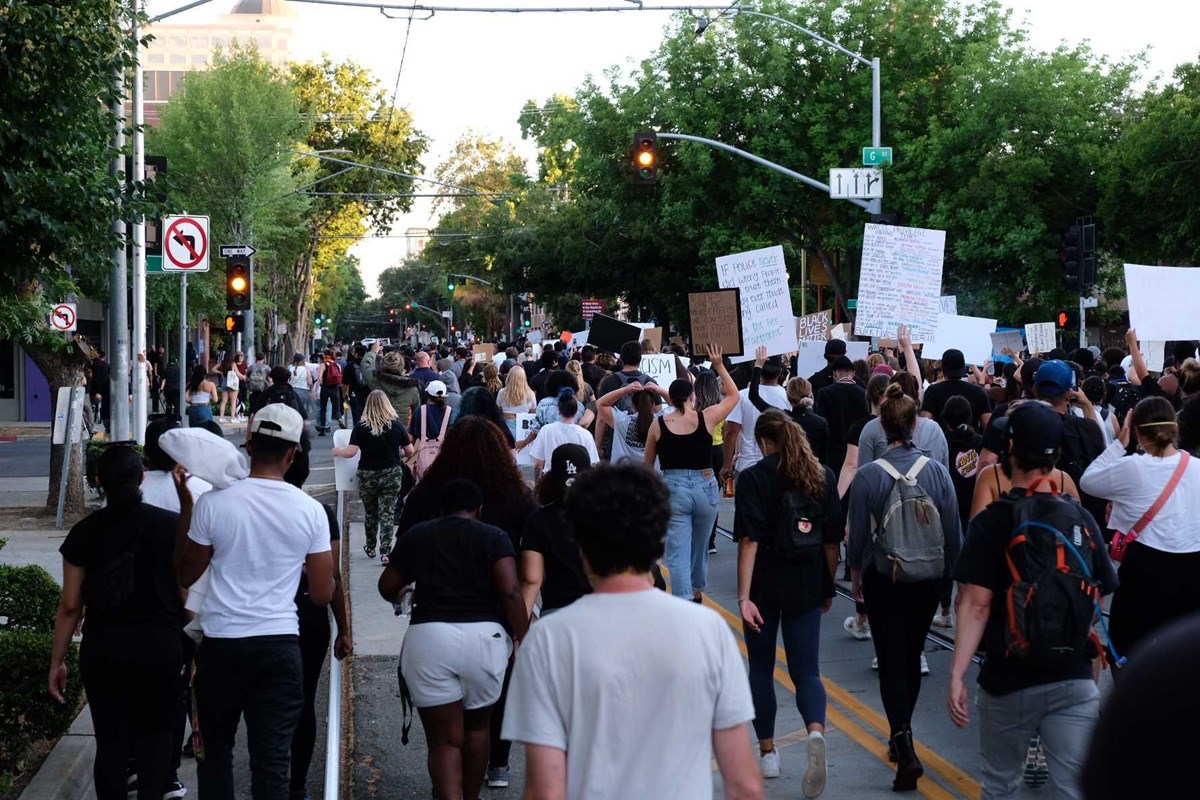 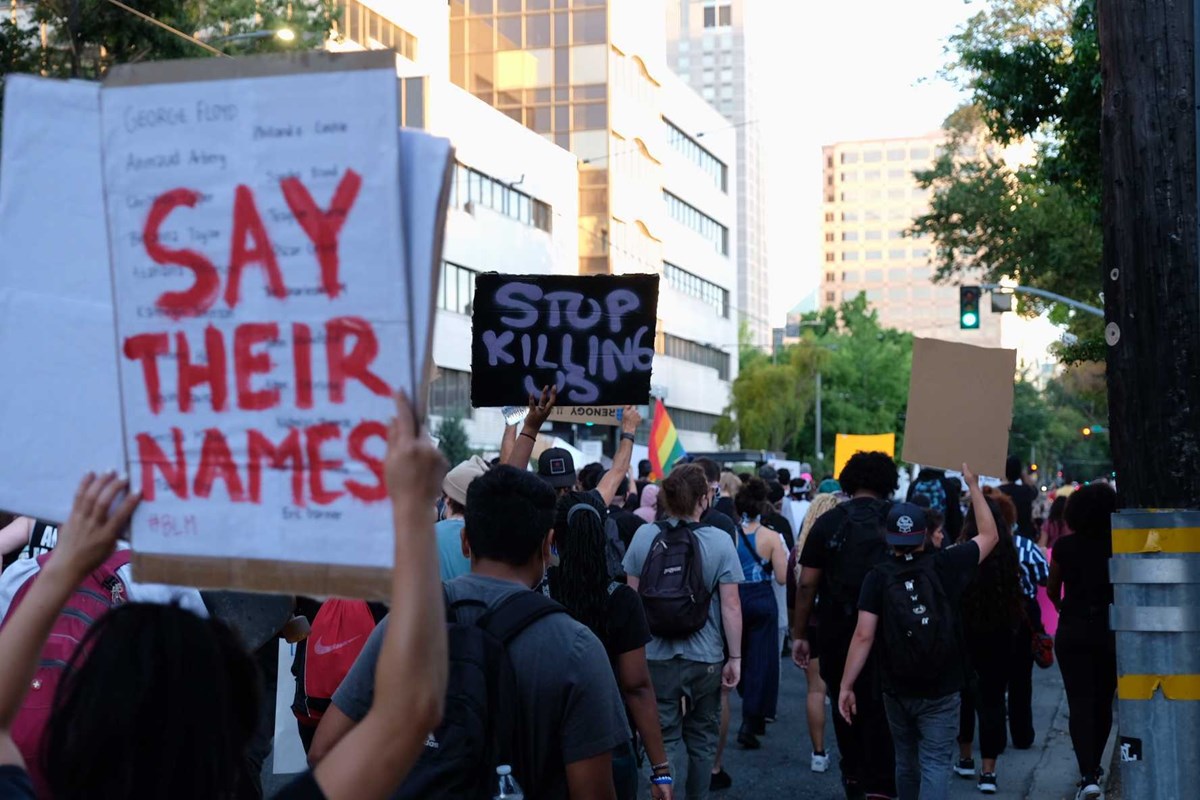 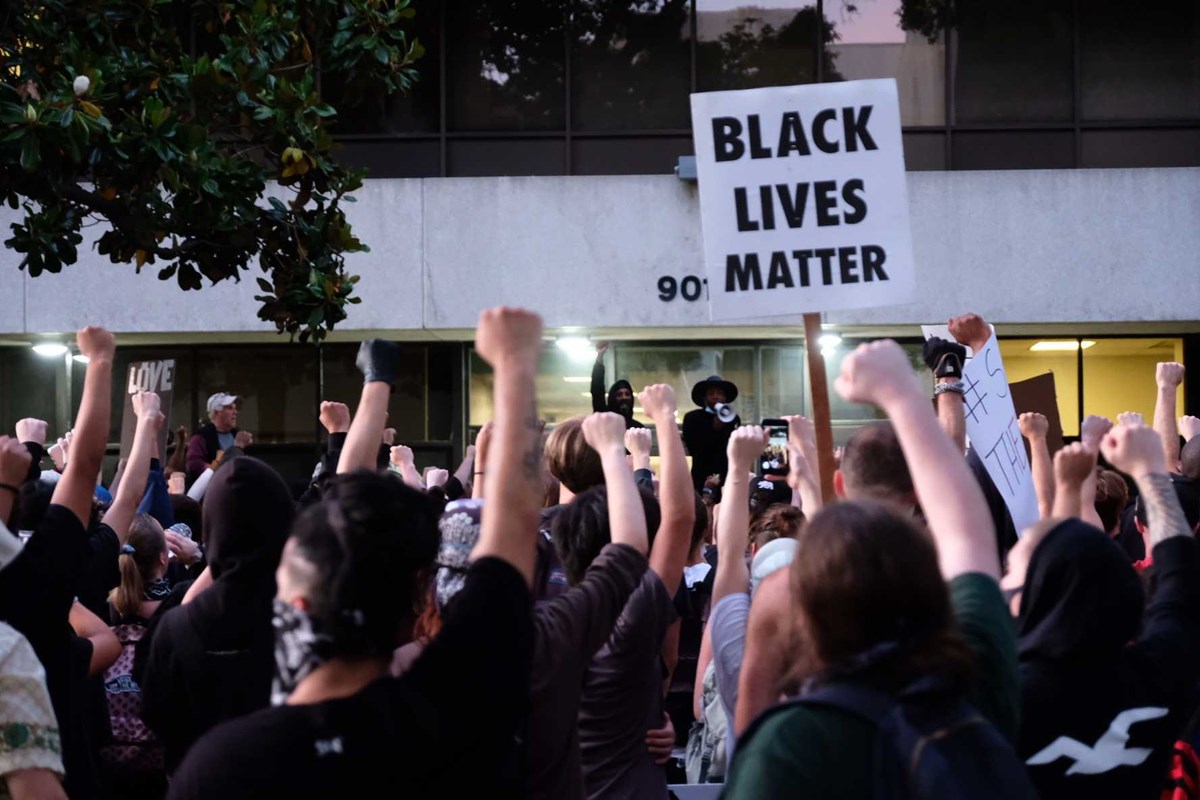 Stevante Clark, brother of Stephon Clark, stands in front of the crowd of demonstrators in downtown Sacramento.Andrew Nixon / CapRadio 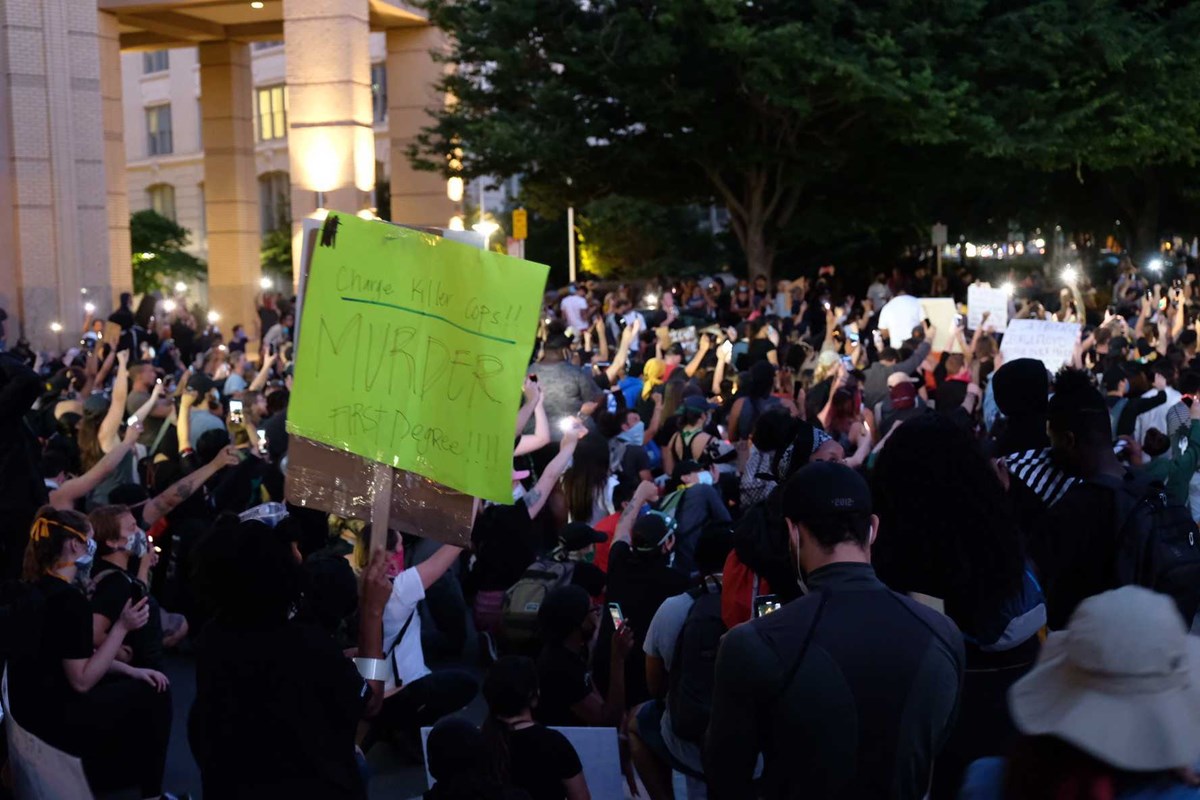 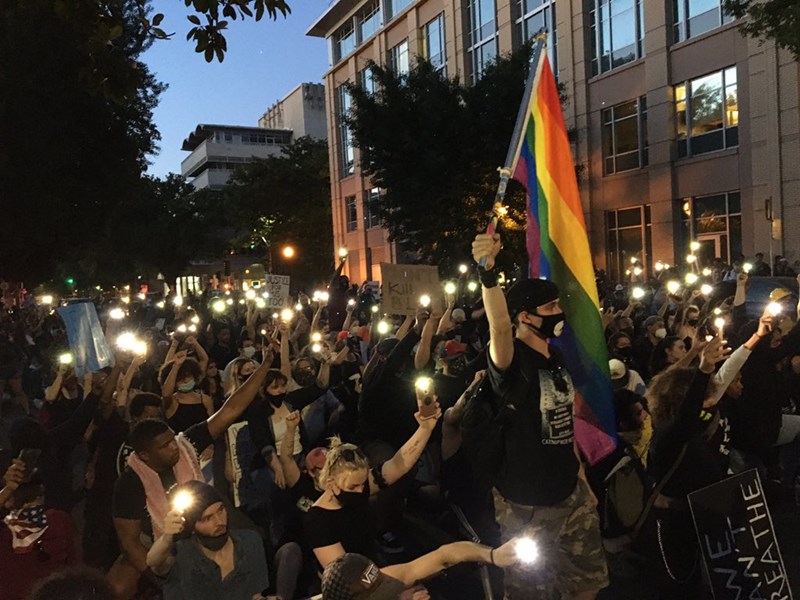 Demonstrators hold up their cell phones while taking a knee during Monday's protests.Ezra David Romero / CapRadio 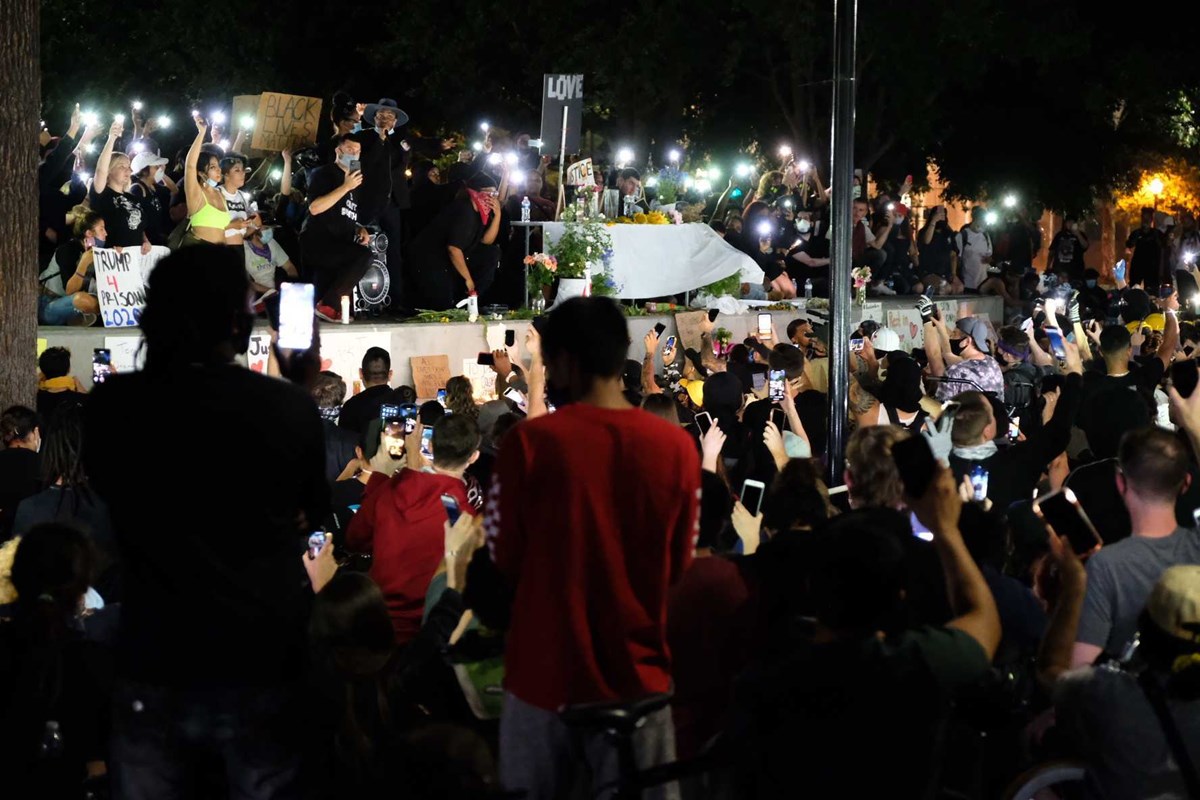 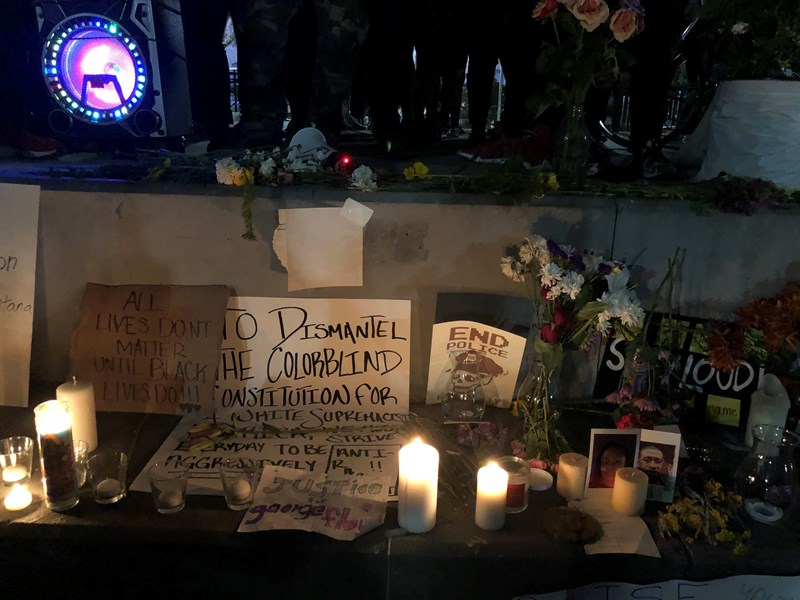 A vigil for George Floyd, the man killed by Minneapolis Police, sits at Cesar Chavez Park.Ezra David Romero / CapRadio
Follow us for more stories like this