Editor's note: A version of this story was published before it was ready Aug. 20.

A bulletin board at the La Familia Counseling Center in South Sacramento is crowded with flyers advertising everything from homework clubs to help with preparing taxes. The nonprofit center has offered free programs to the neighborhood’s large Latino population for decades. But in a year marked by immigration raids, mass shootings and family separations at the border, staff say it’s been a challenge to bring people together.

Executive director Rachel Rios recalls a recent event that drew lower-than-usual attendance. It was just a few days after the August 3 shooting in El Paso, Texas, that killed 22, many of the victims Latino.

“People were in fear, people called, ‘Are we still having summer lunch? Is it OK?’” she said.

Rios says that she and other staff now need to be more diligent about telling people, “‘This is a safe space, please come, don’t be alone.’

“We have to recognize that people became afraid,” she said.

All year, Rios has fielded calls from people panicking about U.S. Immigration and Customs Enforcement raids. She worries children in trauma are going under the radar, and she knows of at least one deportation-related suicide in the area.

This is why the center is teaming up with other community groups to promote its health care and legal services. They’re offering bilingual therapists and home-visits from trauma counselors, and launching a talk group for people whose loved ones have been deported or detained.

The programs are part of a collaboration called “Salud Con Dignidad,” or “health with dignity,” and partners include the center, the Latino Coalition for a Healthy California, the International Rescue Committee and the Sacramento Native American Health Center. Dignity Health awarded a grant to the effort this spring. 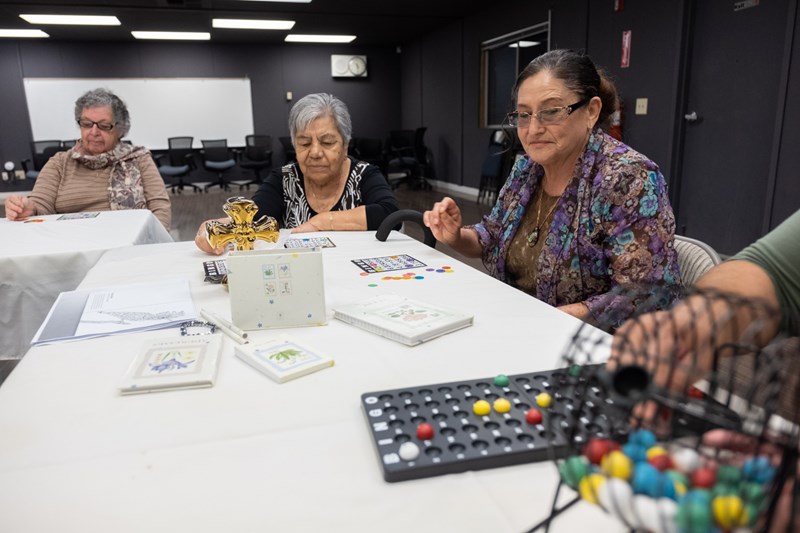 Daniela Guarnizo, a 27-year-old Sacramentan who was raised in Colombia, says La Familia’s services are crucial right now. For the last six months, she’s mostly tried to tune out news from the border. But it doesn’t always work.

Many say the El Paso shooting, followed closely by a mass immigration raid in Mississippi, was a tipping point after months of anti-immigrant rhetoric in national headlines.

Jennifer Gonzalez, an attorney in Tijuana, says she feels like a target even though she was born in the United States.

“Migrant communities, especially undocumented communities and refugee communities, are the most vulnerable, but that fear isn’t contained,” she said. “It radiates out to everyone who is connected.”

But Gonzalez, who often helps migrants in deportation battles, says it’s difficult for people to think about chronic trauma when they’re dealing with more immediate concerns: whether they’ll be able to stay in their homes, or if their children are safe. The rest, she says, becomes background noise.

“How does a fish describe water?” she said. “How do you describe fear and trauma when you are surrounded by it? It becomes really challenging. And unless we have stories and narratives and language to describe how we feel, we just don’t feel good.”

According to the UC Davis Center for Reducing Health Disparities, 85 percent of Mexican immigrants who need mental health services remain untreated. And a survey from the federal Substance Abuse and Mental Health Services Administration found that only 27 percent of Hispanic Americans accessed mental health treatment in the past year, compared with 46 percent of white Americans.

Latino mental health advocates say there’s a cultural tendency to stay silent about mental illness, which often keeps people from seeking out services. Latino patients may feel shame about what they’re going through, worry about being labeled, or prefer to treat themselves with home remedies, said Kiran Savage-Sangwan, executive director of the California Pan-Ethnic Health Network.

“We have a public mental health system in California that’s supposed to make resources available,” she said. “But there’s a lack of services that are responsive to cultural and linguistic communication, for Latinos specifically but also for people of color more generally.”

Guarnizo remembers her parents enforcing a “be strong” mentality throughout her childhood.

“We’re just strong and we push forward,” she said. “It hurts, just go forward. That’s what you do. That’s a constant I hear in many Latino communities. Our histories are different, but trauma is a constant in all of them.”

Many advocacy groups are working to improve mental health access for Latinos, both by encouraging patients to speak to their doctors about it and training doctors on how to have culturally sensitive conversations.

In California, doctors will soon start screening children for “adverse childhood experiences,” which include abuse, neglect and household dysfunction. Some advocates are pushing for those screening criteria to be expanded to reflect immigration-related trauma.

In the meantime, La Familia and other community programs are trying their best to expand resources. And even if people aren’t comfortable using them, Rios encourages everyone to talk to their friends and family about how they’re feeling.

“When you have that much trauma going on and you’re not talking about it, it only is going to manifest itself in some other way,” she said. “We’re for all communities, especially communities that are impacted by rhetoric of hate. That’s not gonna stop us from providing the services we know the community needs. Mental health is going to be a huge focus. If we can’t deal with our wellness, we’re not going to be able to deal with all the other issues facing us.”

Here’s a list of resources for those looking for ways to cope: