The incident occurred around 10 p.m. in north Sacramento near Roseville Road and Marconi Avenue when a passenger train collided with a maintenance train, according to Sacramento Regional Transit. The agency says it is investigating the cause.

Capt. Keith Wade with the Sacramento Fire Department says that 27 people were injured, none seriously. Of those injured, 13 were transported to two local trauma centers, while the rest were treated and released at the scene.

Update ** Light Rail Train incident near Roseville Rd/ Marconi Ave: 27 total patients. 13 transported to two local trauma centers. The rest were treated and released on scene. Investigation by @RideSacRT as to what occurred. No fatality’s and no critically wounded. pic.twitter.com/WDnqHcAVDG

There were 15 ambulances at the site of the derailment, and more than 40 firefighters responded. Wade says it's the first time in his 19 years on the job that he's seen a train accident with such a high number of injuries.

Sacramento fire is on scene of what is being described as a train derailment west of the Winter Street light rail station. Total of 22 patients being reported. 2 with moderate injuries/ 20 walking wounded. 15 ambulances on scene for transport. pic.twitter.com/sGX93CnqB2

We will update this story as more information is available. 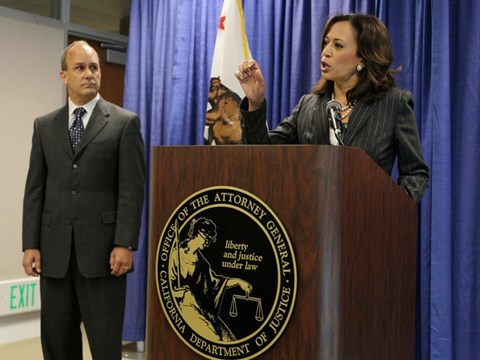 What Kept Kamala Harris So ‘Cautious’ As California’s Attorney General?