Many fairgoers enjoy visiting the goats, llamas and cows at petting zoos and livestock exhibits, but interacting with these animals carries a risk of disease, according to public health officials.

Even healthy animals carry germs that can make humans sick, said Jay Carlson, agricultural programs manager with the California State Fair, which runs through this weekend.

“We don’t live in a risk-free world,” he said. “Not only do animals carry bacteria, but human beings do, as well.”

He added that for most people with healthy immune systems, this is not a problem. But seniors, young children, pregnant women and people with weakened immune systems are at higher risk, according to the state’s notice. Most people who catch what’s called a “zoonotic disease” develop mild symptoms and recover, but sometimes bacteria cause serious illness. 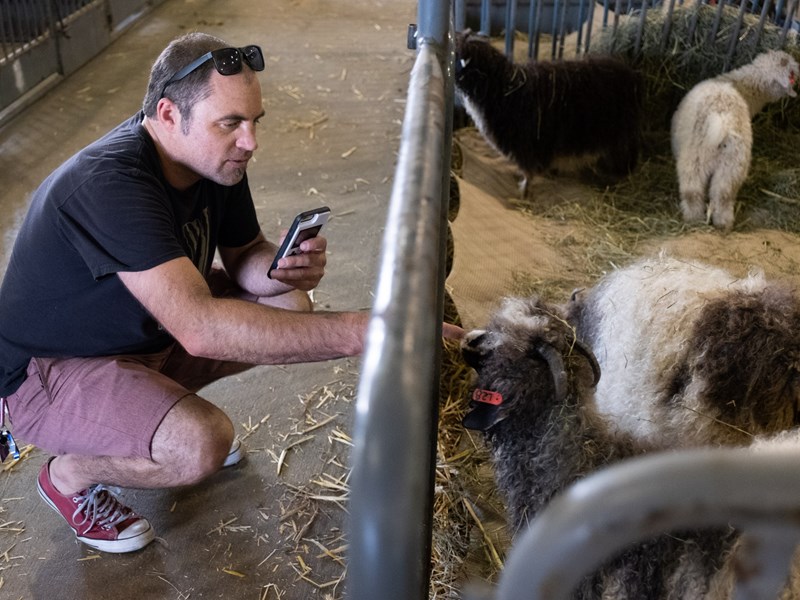 Earlier this summer, a two-year-old died after contracting E.coli, and at least three other children got sick after visiting animals at the San Diego County Fair. The fair ended up closing the animal exhibits.

Officials are urging fair attendees to wash with soap and water after being near animals; to avoid bringing food, drinks or toys into animal areas; and to refrain from sitting on the ground.

"We want all California families to enjoy their local community fair, but it is important for them to know good common sense precautions," said California Department of Food and Agriculture Secretary Karen Ross in the notice.

Carlson says state fair organizers post signs about hygiene and provide hand-washing stations, to encourage the public to safely learn about the livestock. 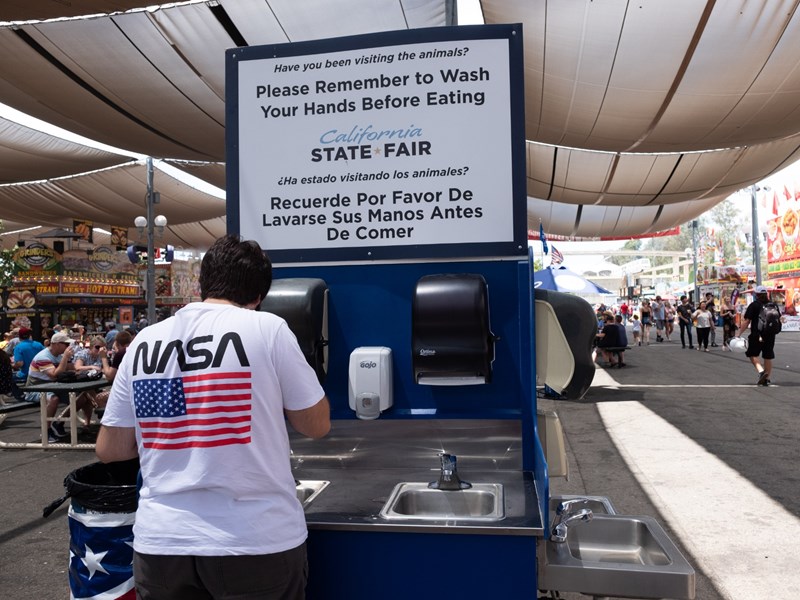 A sign above a handwashing station advises people to wash their hands before eating.  Andrew Nixon / Capital Public Radio

“We have tried to be a leader in interactions and education,” he said. “These things are extremely important. ... I think the big thing nowadays is people need to understand what agriculture is, where their food comes from.”

Several other fairs across the state run through the fall.