By Sammy Caiola and Yesenia Amaro

Laneesha Senegal washes her hands before deciding which finger to prick. She’s prediabetic, and it’s been two days since she last tested her blood sugar.

The 42-year-old Fresno woman is trying everything she can to keep track of her levels. Her diabetic mother is on insulin, and she doesn’t want to get to that point.

“It’s really not something you should play around with,” she says.

The test kit beeps, and she’s relieved — her level is 135, down from 239 last time. Senegal is uninsured, and a rise in her blood sugar could mean an expensive medical visit.

She owns a nonprofit that helps businesses plan for the future, and, like many entrepreneurs, she makes too much to qualify for Medi-Cal but not enough to comfortably buy through Covered California. Gov. Gavin Newsom’s latest plan could make it cheaper for entrepreneurs like Senegal, and small-business employees who are not offered coverage through their employer, to buy through the state’s insurance marketplace created under the Affordable Care Act.

Of the 2.84 million Californians who remained uninsured in 2017, 444,000, or 16%, were self-employed, according to the California Health Insurance Survey conducted by the UCLA Center for Health Policy Research.

Right now, Covered California enrollees making less than roughly $49,000 per year get federal subsidies to lower their insurance costs. But the median annual income for small-business owners in California is about $57,000, according to the latest numbers from the federal Small Business Administration.

Under Newsom’s proposal, individuals making up to about $73,000 a year would qualify for state subsidies, to the tune of $100 per month. People making between $24,000 and $49,000 a year would also get state assistance in addition to their federal subsidies.

Mark Herbert, California director for the Small Business Majority, a policy group promoting small-business growth, says that could be a game-changer.

“It’s really ensuring that products are affordable for individuals. That makes them much more likely to purchase that insurance,” he said. “We’re going to see greater take-up.”

Newsom is hoping assistance for the middle class will draw more healthy people into the market. He wants to fund the subsidies with fines from a proposed statewide insurance requirement, which he estimates would raise around $330 million per year. The requirement would replace the Affordable Care Act’s penalty for not having insurance, which Congress zeroed out in 2017.

The plan has been met with some skepticism, and the nonpartisan Legislative Analyst's Office cautions that as more Californians sign up for insurance, fewer people will pay the penalty, generating less money.

“We think the individual mandate revenue is a great place to start,” Herbert said. “Our concern lies with the amount of revenue that’s being generated … we are hopeful that additional revenues will be secured to increase the amount of subsidy available for folks.”

With a combined annual income of about $50,000, Senegal and her husband were able to get a federal subsidy when they bought a gold plan through Covered California in April. She said she started feeling pain in her kidneys, and wanted to enroll in a plan before seeking care.

Their premium came to $358 a month, and Senegal was under the impression that would be her only out-of-pocket cost. But after going to the hospital with severe kidney pain, she had to follow up with her physician. She said that doctor’s visit, along with charges from a dental appointment and a prescription for anti-diabetic medication, totaled roughly $1,000. She hasn’t gotten her bill from the hospital yet.

She and her husband dropped their plan after one month of coverage.

“We don’t make that kind of money,” she said. “I’m a small-business owner ... I do fear that if at the end of the day we don’t have the care, who’s going to run our company? We have to be able to get some kind of medical care where we can work and earn a living without worrying if we’re going to die tomorrow.”

Across the state, entrepreneurs must make the difficult choice of going without insurance, or making monthly payments that they say overstretch their budgets on top of taxes, license fees and overhead costs.

Scott Halvorson co-owns a wedding photography business with his wife in Sacramento. They make a combined income of $111,000 a year, which means they are not eligible for a subsidy for their Covered California plan.

If they dropped their coverage, he says, they could hire a part-time employee, or buy some new equipment. But they don’t feel comfortable going without insurance.

“It’s one of the pieces of our business puzzle that we can’t control,” he said. “And it’s continually rising on us, so every year we have to factor in more of that cost into our budget.”

Roughly 300,000 people could be newly eligible for Covered California subsidies if the state expands the threshold, according to the UC Berkeley Labor Center. But even if Halvorson gets a boost, he’s not sure it’s the best use of the state’s money, or that it should come from insurance mandate penalties.

“At $100 per month, I'm not really sure that it benefits the small-business owner enough to really make an impact on the economy,” Halvorson said in an email. “The reality is that I will probably just stick that money in a savings account to help offset next year’s rise in my premium. It is definitely not benefiting the individual who has decided for whatever reason not to buy into the insurance system. The only real winner here is the insurance companies.”

Covered California officials have said the high premiums are tied to the Trump administration’s threats to the Affordable Care Act and the abrupt elimination of cost-sharing reductions, or federal discounts that reduce out-of-pocket costs for low-income consumers, in 2017.

They note that Covered California for Small Business, a separate exchange that is not federally subsidized and allows small-business owners to pool purchasing power to offer insurance to their workers, is seeing much lower premium increases than the rest of the market.

For Senegal, who is her own employer, health insurance only makes sense if she can fit it into her budget and keep her business afloat.

“I’m running myself through the dirt trying to get more business, work overtime, more days, just to earn a few more dollars,” she said. “Maybe there can be some other sort of structure… If there could be something that would benefit us, that would be amazing.”

She’s supposed to be taking her new anti-diabetes medication once a day, but she says she’s spreading out the doses to make them last longer. That’s why she’s regularly testing her blood-sugar levels, and watching what she eats.

She might consider re-enrolling in the exchange in the future. In the meantime, she’ll figure out a way to get a refill when the pills run out. 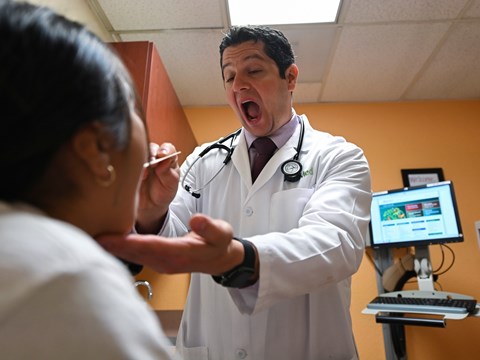 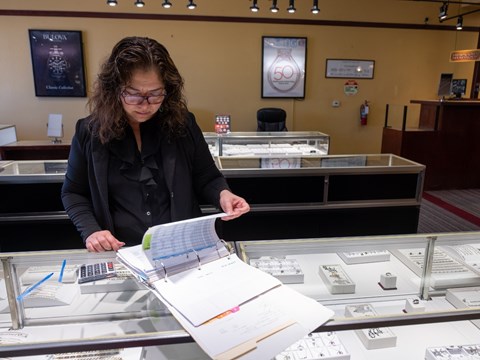 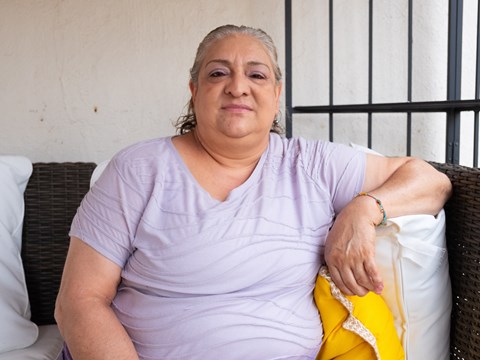