R. Lopez moved to the United States from Mexico when she was 3. By the time she was in high school, the aspiring Spanish teacher from Oxnard needed glasses to drive and to see the whiteboard in her classes.

Although her family’s low income qualified her for government-funded health coverage, she wasn’t eligible for full-scope Medi-Cal for much of her childhood because she lacks legal status.

But that changed in 2016. Lopez became eligible for California’s version of Medicaid, the state-federal health insurance program for the poor, under a new law that expanded coverage to more than 250,000 California children and teens who could newly qualify regardless of their immigration status.

The program helped Lopez to get glasses and visit the dentist regularly. It was a weight off her shoulders knowing she could afford treatment if she ever got sick, said Lopez, who asked that her full name not be used because of her immigration status.

Although state officials know how many children have enrolled, California doesn’t track how often young people in the program visit the doctor or dentist or whether it saves the state money by keeping children out of emergency rooms.That makes  it difficult to definitively assess its impact.

But those working with the program see it as a success for families who use it, and Gov. Gavin Newsom has proposed expanding Medi-Cal to undocumented adults younger than 26. That would help young people like Lopez, who lost her eligibility this year when she turned 19 and aged out of the children’s program.

Covering children and teens who are undocumented costs the state more than $360 million a year. Newsom’s proposal would add $260 million to the bill. But advocates argue it would be a cost-effective investment in preventive and primary care services that can identify problems such as diabetes early and reduce costly services as people get older.

Some state lawmakers want to go further and spend an estimated $2.3 billion a year to extend Medi-Cal eligibility to Californians of all ages regardless of their immigration status, provided they meet the income requirements. 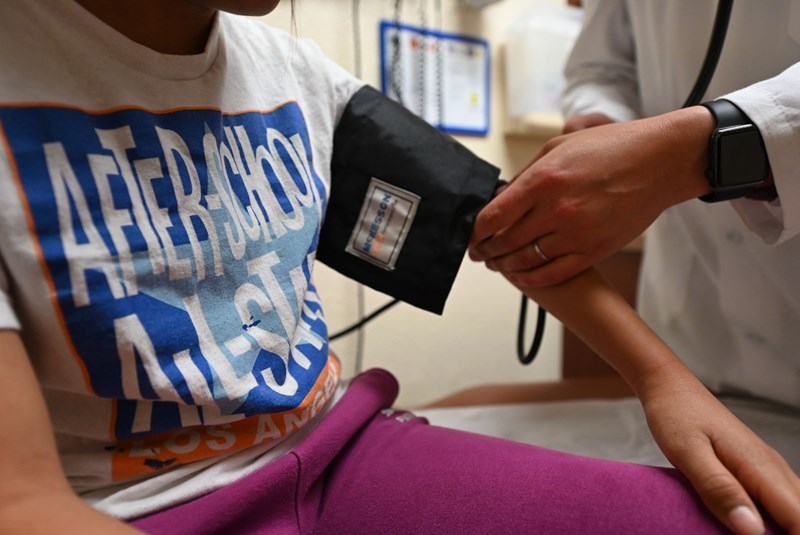 California Insurance Commissioner Ricardo Lara, who supports that idea, led the effort to expand health coverage for children when he was a state senator. He calls the resulting program a “major accomplishment.”

Lara grew up without health insurance in East Los Angeles. He dreaded holidays as a kid because in his family “vacation” meant traveling to Mexico to see doctors and dentists, he told a conference of health care researchers in February.

“It’s something that’s very personal to me,” the child of two former undocumented immigrants told The Sacramento Bee. “I knew this was an important issue because I lived it.”

Before 2016, some undocumented children and teens could access additional health services through a patchwork of programs run by counties, local clinics and hospitals, depending on where they lived. After the new law took effect, all undocumented children in California could sign up for what is known as full-scale Medi-Cal, including medical, dental, mental and vision care benefits.

The state estimates that the vast majority of eligible undocumented children in the state are enrolled in the program. The more than 250,0000 children who are covered as a result of the law exceed initial estimates of how many would qualify, according to the Department of Health Care Services.

However, getting insurance doesn’t always mean getting needed care. A recent state audit found that roughly 2.4 million California children eligible for Medi-Cal aren’t getting the preventive care they’re entitled to by law. The report doesn’t look at undocumented children specifically, but overall it found fewer than half of children enrolled in Medi-Cal receive preventive services, including lead testing and vision screening.

Many pediatricians won’t accept Medi-Cal patients because of the program’s relatively low payment rates for doctors, according to the audit. But the audit also faulted the Department of Health Care Services for doing too little to inform families about the services for which they qualify.

“You can enroll someone in a plan, but if you don’t provide the service to them, then it’s an empty promise,” said Assemblyman Jim Wood of Healdsburg, a Democrat who requested the audit. “It’s great that we’ve signed all these people up regardless of immigration status, but we’re simply not doing the outreach, we’re not being proactive, and we’re not getting people the services they need.”

It’s hard to determine how many undocumented people don’t know about the program or are afraid of using it, said Dr. Ilan Shapiro, a pediatrician in East Los Angeles. But Shapiro says the law has allowed many of his patients to get vaccines and treatment for diseases such as diabetes.

“The system is working and bringing health to the kids in an efficient way,” Shapiro said. “Even though we’re not perfect and there’s a lot of things we can improve, it’s an important step.” 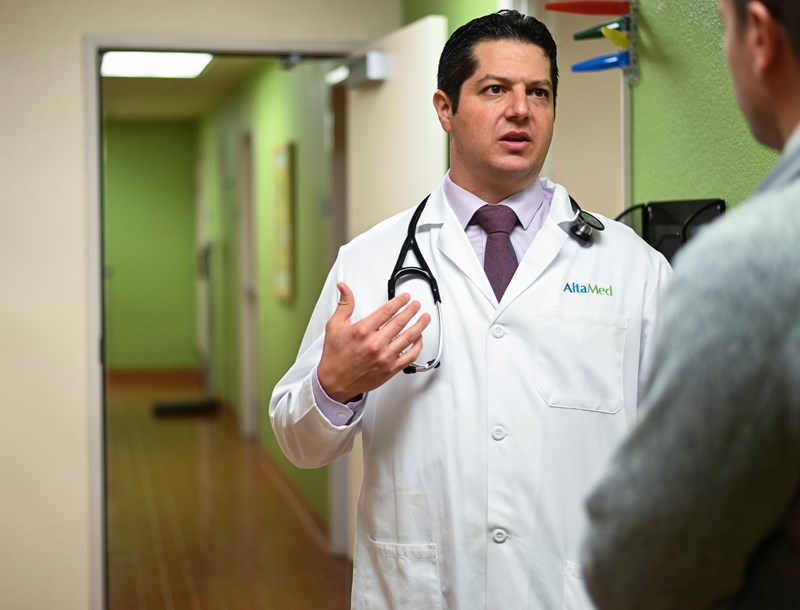 The children who now qualify for Medi-Cal aren’t the only ones who benefit from the program. So do the other kids they interact with at school on the playground, their families and the general community, Shapiro said.

“When you actually vaccinate the kids that are already here with us and you give preventative services to everyone who needs it, you’re preventing the spread of diseases,” he said.

In Democrat-controlled California, the primary barrier to expanding the Medi-Cal program is cost. Because the state generally can’t use federal funds to provide health care to immigrants living in the country illegally, all the funding must come from state coffers.

Sally Pipes, president of the conservative San Francisco-based Pacific Research Institute, opposes plans to expand state-funded coverage to more undocumented immigrants, both because of the cost and because she worries it will incentivize illegal immigration.

Newsom’s chief strategist, Daniel Zingale, said the governor wants universal health care but needs to implement it in steps because of budget constraints.

“The money isn’t there to do it all in one fell swoop, so I’m actually very pleased with the progress we’re making,” Zingale said. “I think putting undocumented kids on Medi-Cal was a revolutionary step and adding young adults is another huge step, and then we’re halfway there.”

Lopez is among those who would benefit from an expansion.

She rushed to get new glasses several months ago before she turned 19 and aged out of the Medi-Cal children’s program.

Now, the community college student says she can’t afford to go to the doctor.

“If I get sick, if I get a harmful disease, I won’t have the money to cover the check-ups,” Lopez said. “That’s one of my biggest fears, that that’s going to happen to me.”