Kelli Tennant, the woman accusing Sacramento Kings coach Luke Walton of sexual assault and harassment, spoke for the first time on Tuesday, claiming that Walton allegedly pinned her down and groped her at a Los Angeles hotel in 2014.

“I thought he was going to rape me,” Tennant recalled during a press conference.

A former sports reporter, Tennant filed a lawsuit against Walton in Los Angeles Superior Court this week. An attorney representing Walton has called the allegations “baseless,” referring to his accuser as an “opportunist, not a victim.”

Tennant’s attorney said during the press conference on Tuesday that she does not know when the alleged assault occurred, only that it was sometime in 2014. The Los Angeles Police Department has stated that it was never informed of any allegations against Walton, who at the time was an assistant coach with the Golden State Warriors.

Now, several women’s advocacy groups are calling for the Kings to take action and suspend Walton, their newly hired coach, while conducting an independent investigation into Tennant’s claims.

Tennant says she met Walton approximately 10 years ago during a volleyball tournament, and that she had previously known his wife, who also played the sport. In 2013, Tennant says she started working at Time Warner, where Walton was an analyst. During this time, she says that Walton “became a mentor and a friend.”

While writing a book about athletes leaving their sport for the real world, Tennant says she asked Walton if he would write the book’s foreword. He agreed, and she claims they met a few times over lunch to discuss the book.

By the time the book was released, Walton was an assistant coach with the Golden State Warriors. Tennant says she asked to meet up and give him a copy of the book while the team was in Los Angeles.

“As I pulled up to the hotel, he waited for me outside,” she recalled of the meeting in late 2014. “He was so excited about it and so happy to see me [and] he wanted to catch up.”

She remembers thinking that they would talk in the lobby. But Walton walked toward the elevator, she says. “I asked him where we were going. And he said, ‘Up to his room,’” she remembered. Walton said he didn’t want to be in the lobby because several players were present, according to Tennant.

Inside the hotel room, she says that “out of nowhere” Walton began sexually assaulting her.

“He got on top of me and pinned me down to the bed, and held my arms down, with all of his weight, while he kissed my neck and my face and my chest,” she said. “And as I kept asking him to please stop and get off, he laughed at me.”

Tennant says she pleaded with him to stop, but that Walton kept holding her down. “I could feel him rubbing his erection on me,” she said. "And he continued to laugh at all of my pleas to get off and to stop. I thought he was going to rape me."

Eventually, she said, she was able to escape the bed, but that Walton again grabbed her from behind and held her while trying to flee the room. “I kept begging him to please let go and please stop, and he continued to laugh in my ear,” she said.

When he finally let go, Tennant said, she left.

Tennant described additional encounters with Walton in the years that followed. At a charity event in Los Angeles in 2017, she claims Walton, who was then head coach for the Lakers, made sexual remarks about her appearance and hugged and kissed her on the cheek.

When she began covering the team full-time as a reporter, she says Walton repeatedly hugged and kissed her, which she characterized as unwanted.

“Every interaction with him that I’ve had made me incredibly uncomfortable and feel unsafe,” she said.

Walton’s attorney Mark Baute told reporter Sam Amick with The Athletic that he was retained by the Kings coach and that Tennant’s claims are “baseless allegations.”

“The accuser is an opportunist, not a victim, & her claim is not credible. We intend to prove this in a courtroom,” Baute wrote, according to Amick. 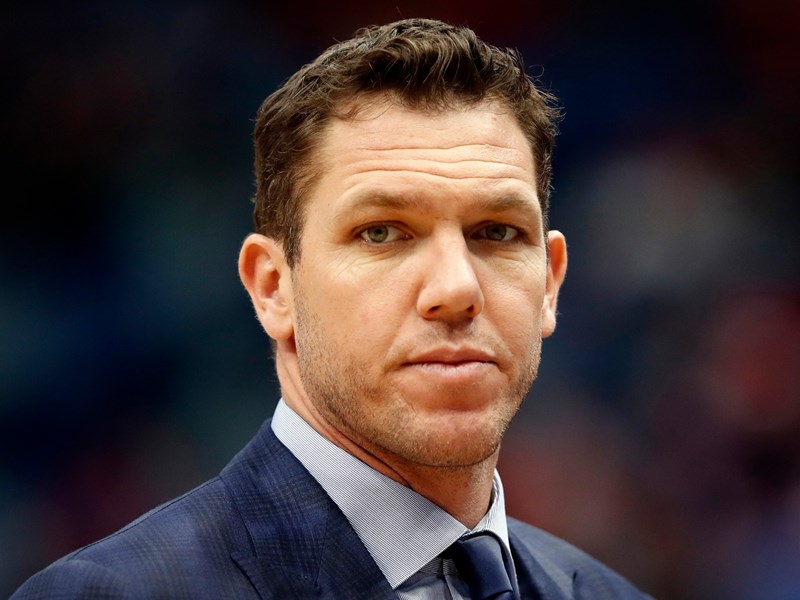 In this March 31, 2019, file photo, Los Angeles Lakers head coach Luke Walton looks on during the first half of an NBA basketball game in New Orleans.Tyler Kaufman, File / AP Photo

At the press conference, Tennant’s attorney Garo Mardirossian said his client does not want to pursue criminal charges against Walton.

“Our interest is not to have Mr. Walton put in jail or to be investigated by the police necessarily,” he said. “Our interest was for Kelli to feel better about herself, to come out and talk about what happened to her.”

When pressed on the decision to not go to the police, Mardirossian said police are less likely to pursue a case years after an incident.

“More often than not, if you go to the police a few years later, it’s very difficult to put together a case where you have to prove beyond a reasonable doubt,” he said. “Police departments are not very likely to get involved in a case this old.”

On Tuesday, Tennant responded to reporters’ questions about why she did not bring forward the allegations sooner. “I have spent years now dealing with this, trying to forget it about it, hoping that I could push it to the side and bury it, and hoping that time would heal,” she said. “And that was not the case."

She added: “I’ve always believed that if sharing my story helps one woman feel heard, or a little more safe, or like she can say something as well, then it’s always worth it.”

Advocacy groups for women, including members of the Me Too movement, are calling for the Sacramento Kings to suspend or fire Walton.

Beth Hassett is with the Sacramento nonprofit WEAVE, or Women Escaping A Violent Environment, which provides services for survivors of domestic violence and sexual assault. She says the Kings need to put Walton on leave while investigating Tennant’s accusations.

“I think if they want to be taken seriously as protecting victims and holding people accountable, a great move would be to at least put him on some kind of suspension and look into the allegations,” Hassett said.

Christine Pelosi is general council with the nonprofit “We Said Enough,” the group that helped spotlight sexual misconduct at California’s Capitol. She says it would be shocking if the Kings did not ask Walton prior to hiring him about any past sexual harassment allegations.

“If it’s a question that they would ask about a player they were drafting, I would be absolutely flabbergasted if the Kings weren’t supposed to ask it of a coach who’s supposed to be guiding those players,” Pelosi said.

A spokesperson for the Sacramento Kings says they are aware of the allegations and are gathering additional information. The Lakers and the Warriors both said they were unaware of the claims against their former coach. The NBA said it is working with the Kings on gathering more information.

Pelosi says NBA fans, especially women, are watching to see how the organization handles the situation.

“Are the Kings going to come forward, have a press conference today, announce that they are being transparent and open with their fans, with their supporters, with their multimillion dollar backers and saying, ‘Look we made a bet on somebody, we believe in him but we also believe in due process,’” she said.

The Kings have yet to respond to an email asking if there will be a response to Tennant’s press conference. 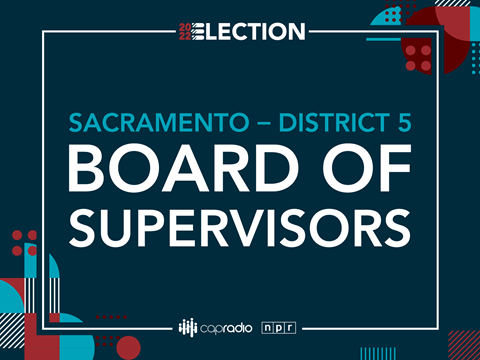