More Californians convicted of DUI offenses will be required to pass a breathalyzer test to start their vehicles under a new law going into effect Jan. 1.

It requires drivers convicted of first-time DUI offenses that lead to an injury to pass a breathalyzer connected to their vehicle, called an ignition interlock device or IID, each time they start their car for six months. The devices also require random tests while in motion, to prevent the driver from drinking after they’ve passed the first test.

Repeat DUI offenders must install the devices for a year or longer.

Advocates for the new law say it’s a better way to keep the roads safe than taking away drivers licenses.

“These devices will protect the public like no other process will,” said John Ulczycki, a safety advocate for LifeSafer, which installs the devices, and who previously worked for the National Safety Council.

“If you say, well we’ll just take the suspended license. Well, that’s what society in California did for many, many years, but came to painfully realize that two-thirds or more of those people continued to drive putting people at risk,” Ulczycki said. 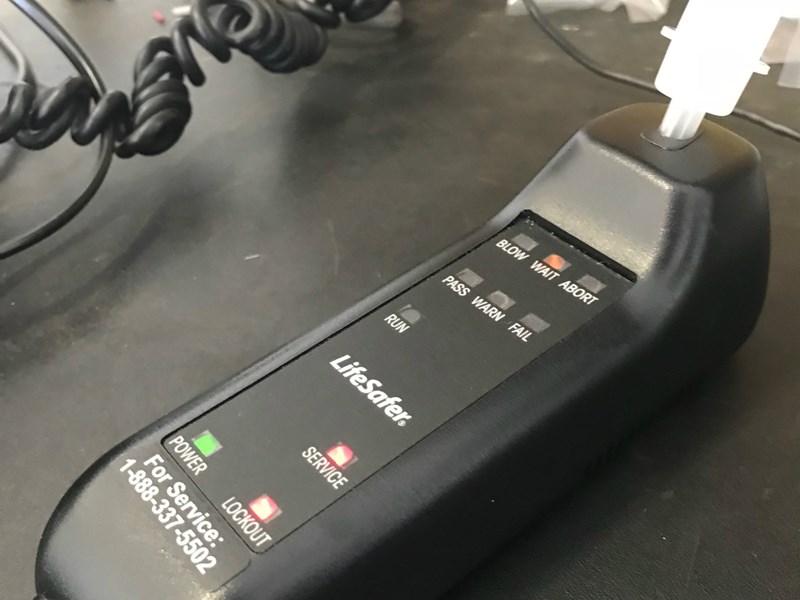 Under a new California law, vehicle breathalyzer devices such as this one installed in vehicles by LifeSafer will be a more common requirement.Chris Nichols / Capital Public Radio

“There is strong evidence of a reduction in DUI recidivism, across all offender levels, among those obtaining an IID-restricted license under the provisions of this law,” the report found.

Mary Klotzbach of Livermore lost her son Matt when he was killed in 2001 by a drunk driver. She said California can’t keep DUI offenders off the road all of the time, but the breathalyzers offer a practical solution.

“Allowing them to put the device on their car is a vaccine on the car and it prevents the car from starting. But they can continue to drive and they can drive sober,” said Klotzbach, who volunteers with the California chapter of Mothers Against Drunk Driving, or MADD. “Taking the keys from them and suspending them doesn’t work. The man that killed my son was suspended and was suspended up to five times. But if he had had a device like that on his car, his car wouldn’t have started.”