On a clear morning up on Squaw Valley Ski Resort’s Headwall face, ski patrol director Will Paden started the careful process of detonating a piece of avalanche-control equipment.

He called another patroller, who was seated at a computer down at base, to give the command. After securely logging into a special system, the patroller remotely triggered the release of propane and oxygen through two underground pipes. The two elements combined at the endpoint, creating a deafening burst.

This was just a demo, but on a regular control day the Gazex Inertia Exploder can test a slope for avalanche stability and trigger slides in advance of skiers arriving. It’s part of a new arsenal that Squaw Valley and Alpine Meadows are building to enhance avalanche control.

“Over the years, we’ve identified several slopes that are just dangerous for our patrollers and our guests,” he said. “And so that’s where we’ve really focused on putting the new equipment.”

For decades, resorts have sent patrollers to trigger avalanches with hand charges. But even for trained professionals the method poses a risk — a Squaw patroller died on the job last year.

Squaw and Alpine’s $4 million investment in equipment this year should help patrollers trigger avalanches on hard-to-reach parts of the mountain more safely and efficiently.

Avalanches within ski resort boundaries are highly unusual — but experts say there’d be a lot more if patrollers weren’t so vigilant. With fluctuating Sierra weather patterns and more people flocking to the backcountry, ski resorts are adding avalanche-control tools and reminding visitors about nature’s unpredictability. 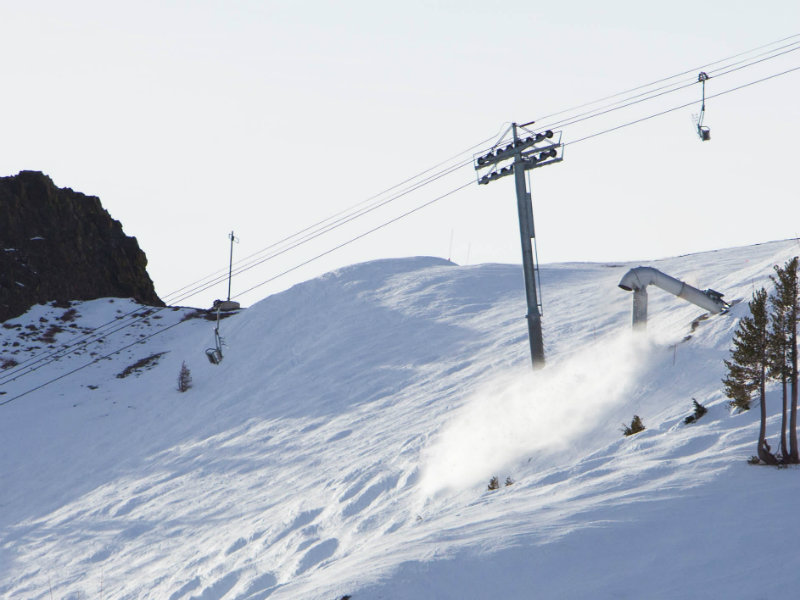 Over the past 10 ski seasons, there have been an average of 29 U.S. avalanche deaths per year, almost all of them outside resort boundaries, according to the National Ski Areas Association.

Despite the lack of snow this year, experts say the Sierra Nevada is inherently dangerous due to its warm, windy maritime climate.

Forecaster Brandon Schwartz with the Sierra Avalanche Center says the mountain range is susceptible to nine types of avalanches. Many are caused by solid slabs of snow that cleave off a slope — think about a sheet of glass sliding off a coffee table. The majority happen on slopes angled between 32 and 45 degrees.

“Once you get steeper than that, a lot of snow just sloughs off loosely and doesn’t stick to the mountain very well,” Schwartz said. “When you get lower angle than that, the gravity is pulling the snowpack much more against the ground rather than down toward the valley floor. So there’s a sweet spot in the middle.”

But most skiers and boarders don’t know the science, and their search for uncrowded terrain can skew their judgment. Ski instructor Carson May died in an avalanche at Sugar Bowl in 2016 after venturing just outside resort boundaries.

That same month, a snowboarder named Christian Michael Mares posted a GoPro video of him triggering an avalanche in a roped-off area of Sugar Bowl.

'A Triangle Of Life' 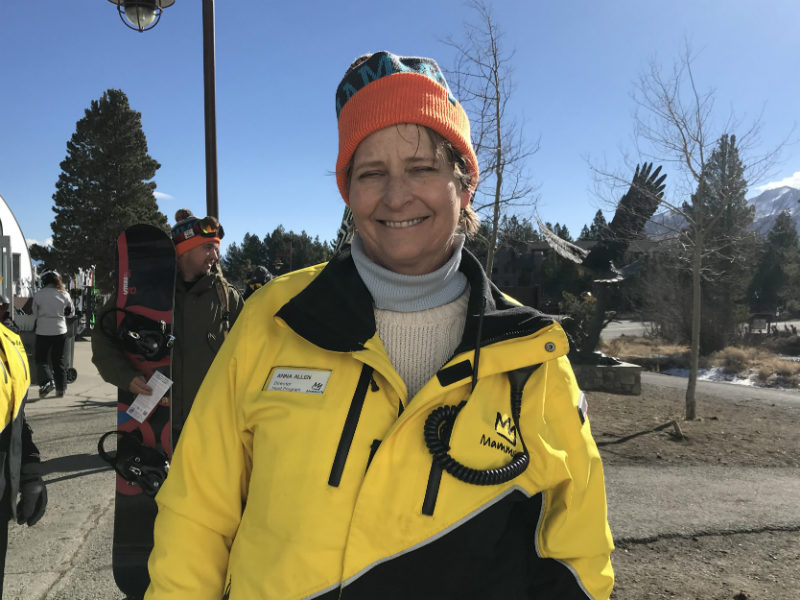 One of the deadliest avalanches in North American ski resort history happened at Alpine Meadows in 1982. Seven people were fatally crushed. But Anna Allen survived after being buried for five days under the snow.

The day of the avalanche, she made a dangerous decision to go cross-country skiing despite high-risk weather conditions. When a mass of snow hit the building she was in, a set of lockers fell onto a bench and shielded her from the impact. She was trapped in a small air pocket until rescuers arrived. She lost her left toes and lower right leg to frostbite.

At Mammoth Ski Resorts, where she works now, she still thinks a lot about risk.

“We need to respect what can be out there and understand those things,” she said. ”It’s great when people take the time to understand the reality of mountain life.”