California Hall Of Fame: Gary Snyder’s Poetry To 'Loosen Up The Heart And Mind'

As a child Gary Snyder’s mother read him poem after poem on their four-cow family farm in the Pacific Northwest. That started his lifelong love for writing about the natural world.

“All around the outside of the fence was woods,” Snyder recalls. “I knew the trails and I had little places I could go. I had little campsites.”

Now at 87, he’s reached critical acclaim with more than 20 books of poetry and prose. Gov. Jerry Brown is honoring his legacy by inducting him into the 11th round of the California Hall of Fame.

Snyder says the two have been friends for around 30 years. He remembers the call from Amanda Meeker from the California Museum asking him to participate.

“She says well, Jerry Brown wants you to say yes,” Snyder says. “I’m sure he wants me to say yes, so I’ll say yes. I like him and he’s the only governor in the U.S. that’s stood up to Trump really.”

“Gary has been on the list for years,” says Meeker. “To me he was so ahead of his time. I feel like we are just now as a culture catching up to where he was 50 years ago." 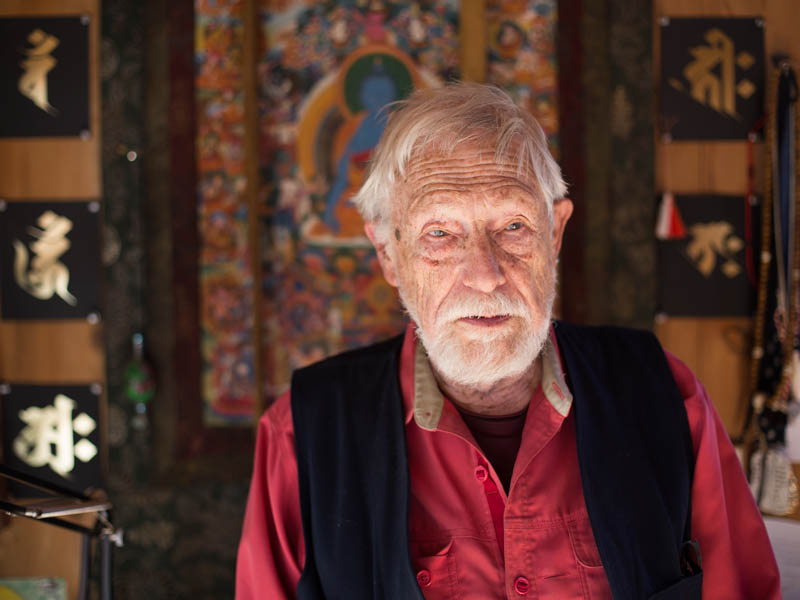 Snyder’s been a lot of things. A logger, a Buddhist monk, a painter, and even a fire lookout. But his lifelong obsession with poetry is what gets people. He began his career as a poet in the 1950s with a group of writers called the “Beat Generation.” They rejected materialism, explored spirituality, sexuality and drugs.

“We didn’t have a big theory of what we were doing,” says Snyder. “We were trying to just simply loosen up the heart and mind of people and ourselves.”

Snyder says good poetry moves you. He says it doesn’t have to be long or complicated and that his simplest poems have confounded and irritated other writers because they’ve worked.

Hear Snyder explain the origin and meaning of "For All"

One of the major themes throughout his writings is the concept of bioregionalism. That means shaping your community to the environment around you. Snyder lives in a home near Nevada City he built with his friends over a summer 45 years ago.

He draws a lot of these ideas from his Buddhist faith and his jaunts through the Sierra. He emphasizes that “animals are not irrelevant. It is false to make a distinction between human beings as a special kind of being.”

Snyder says he’s strived to show how nature and community are interconnected. If a person gets that while taking in his work, he says he’s successful. He pointed out a line of poetry that embodies this.

“It was a very simple line,” Snyder says. “Nature is not a place you visit, it’s a home. It is home, which is true. So, make where you are home.” 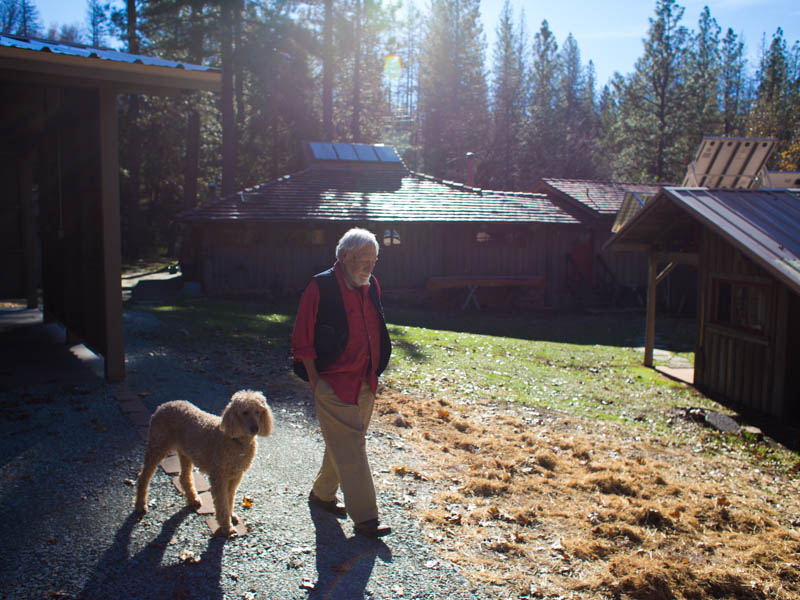