It was no surprise to see California Gov. Jerry Brown and Democratic lawmakers take a victory lap after the cap-and-trade deal passed the state Legislature Monday night.

But then, there was this guy:

“Well, it is so good to be here,” said Assembly Minority Leader Chad Mayes, from the podium in the governor’s press conference room. After all, he added, “Republicans don’t get to stand on this stage very much.”

Mayes (R-Yucca Valley), who represents parts of Riverside and San Bernardino counties, declared himself “tired of partisan politics” – and proud of the seven other Republicans who voted for the deal.

“What they decided was that they were gonna put the people of California ahead of their own careers,” he said. 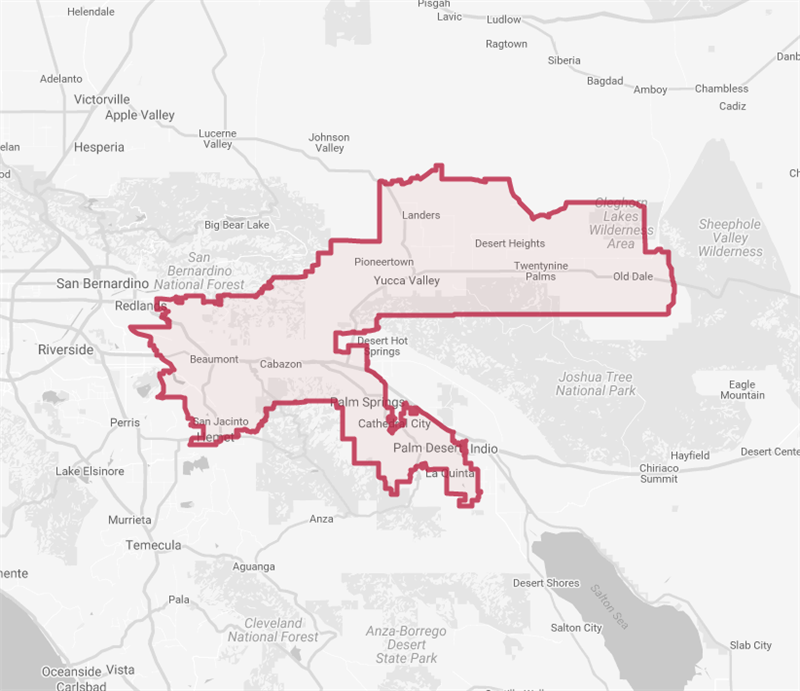 Republicans had some political cover: Business groups, manufacturers, and the agriculture and oil industries all prefer reducing greenhouse gas emissions through cap-and-trade's market-based approach, as opposed to top-down, “command and control” state regulations.

And while gas prices could jump under cap-and-trade by as much as 70 cents, they’d rise even more without it.

“We lowered taxes, we reduced costs, we reduced regulations, and at the same time, we’re gonna protect our environment,” Mayes said. “That’s a good deal.”

California’s cap-and-trade deal handed Brown a huge climate change victory this week, but it might never have gotten done without Mayes. And that’s placed Mayes’s leadership in jeopardy, with many Republican activists feeling betrayed.

“He was so obsessed with trying to make a difference – to be at the table, to be in the big boy chair – that he didn’t step back to realize, ’Hey, I’m about to cast my vote to take billions of dollars out of the private sector and put them in the hands of the corrupt Legislature,’” said Jon Fleischman, a leading California conservative who publishes the Flash Report blog.

The posting of this photo on Twitter didn’t help Mayes’s image among conservatives, either.

The press conference on our landmark Cap and Trade bill package -- bipartisan agreements on major state policy should be celebrated! pic.twitter.com/bpkD0wQuxw

Chad Mayes describes himself as a California Republican. He attended Jerry Falwell’s Liberty University and interned for former U.S. Senator John Ashcroft. But he never endorsed President Trump and he talks about fighting poverty. Then, there’s his “bromance“ with Democratic Assembly Speaker Anthony Rendon – a running joke at the state Capitol.

“So, I hate to sound like the dating game,” began a moderator at a UC Riverside event this spring with Mayes and Rendon, “but I have to ask – how did you guys first meet?”

During the conversation, Rendon (D-Paramount) acknowledged the two couldn’t be further apart ideologically.

“That being said, I think we both are very realistic about the world, and we want to get stuff done,” Rendon said. “That’s sort of our driving force.”

Minutes later, Mayes summed up his governing philosophy for a party that holds no statewide offices and represents just 26 percent of registered California voters.

“The world is not perfect,” he said. “Sometimes, you gotta look beyond that and be able to sit down and look to figure out ways of getting things done, even though things aren’t as pure as they could be.”

Mayes wants to bring California Republicans back to relevance by showing they can help govern – rather than simply being a “Party of No.” Even before cap-and-trade, since becoming Assembly Minority Leader in January 2016, Mayes has worked with Democrats on a key health care deal, mental health funding for homeless Californians, and education incentives for welfare recipients.

“California is not like the rest of the country. We are different,” Dahle said Thursday. “People here believe a different way, and expect a different style of leadership, we’re trying to provide that, along with keeping our base.”

But Mayes has infuriated conservatives, and many want him to resign. Several Assembly Republicans unhappy with Mayes declined interview requests for this story. One who was willing to talk is Asm. Travis Allen (R-Huntington Beach), who’s running for governor.

“I wouldn’t be surprised to see a change in leadership,” Allen said Thursday morning. “I think that Californians demand that taxes get reduced in California. And they are going to hold any politicians accountable that are raising their taxes when they’re already among the highest in the nation.”

“What I have witnessed by the Assembly Republican Leader is a dereliction of duty to preserve and promote the American Dream for every single Californian,” Melendez said in a statement. “Assemblyman Mayes’ actions on Cap-and-Trade demonstrate we no longer share the same leadership principles.”

But the governor said Mayes acted “in the spirit of Ronald Reagan.”

“There is a fringe group of Republicans that want to take the political terrorism of Washington and bring it to California. That's not helpful. That won't help their constituents.” Brown told Capital Public Radio in a brief interview Thursday morning.

“I'd say Chad Mayes exercised insight, courage and the members that voted with him – even some of the ones that didn't, who were quietly applauding him – he really earned the respect of a lot of people,” the governor said.

Republicans met behind closed doors Thursday morning as questions swirled over Mayes’s future as Assembly Minority Leader. But caucus members took no votes. Instead, they aired their grievances for more than an hour.

And so Mayes lived to lead another day – another month, in fact, since lawmakers then adjourned for summer recess.

.@ChadMayesCA lives to lead another day. "I'm the leader" he says as he exits @AssemblyGOP caucus. pic.twitter.com/WwQ5TJ1PWm