The population at Lake Tahoe swells by up to five times its year-round population on busy summer weekends. The influx of tourists taxes an infrastructure designed for fewer people.

The problem started decades ago, when highways and city streets in the Tahoe basin were designed. Engineers laid out plans that were appropriate for smaller population levels and didn’t incorporate ways to mitigate how all of that pavement would funnel an unprecedented amount of fine sediment into Tahoe’s crystal-clear waters.

An effort by the Tahoe Regional Planning Agency aims to fix the long-standing problem, while helping to restore the lake’s world-famous clarity. 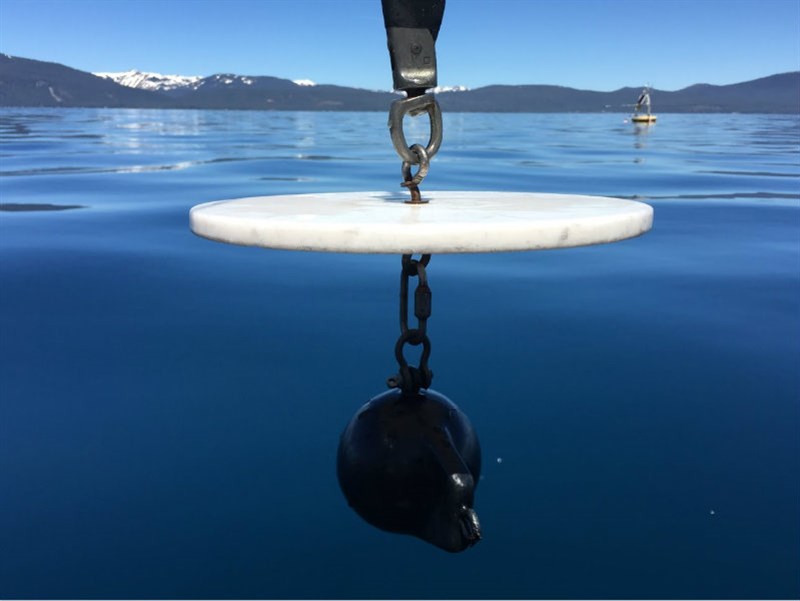 But on busy weekends, that’s exactly what they’re doing. Lotshaw says to help reduce that gridlock several transportation projects are underway around the lake, including one that connects Incline Village and Sand Harbor State Park.

“It’s one of the busier beaches at the lake,” says Lotshaw. “This whole corridor sees about a million people a year and 2.6 million vehicles.”

According to Lotshaw, the project along this stretch is a good example of the overall transportation vision.

“It kind of represents that whole bundled approach to recreation access, safety, there’s some water quality improvements that will be going in along the road and along the trail to try and capture some of that stormwater runoff that gets down into the lake and harms the clarity,” says Lotshaw. “So, all of that really bundled together into one project.”

Tahoe planners started working with individual communities several years ago to add more localized pedestrian, bicycle, and transit options. This next step works on the connections between those communities. Future plans would call for more public transit from large urban centers, like Sacramento and Reno.

But, even with a more robust system, some Tahoe residents say getting people to leave their cars at home could be the biggest challenge of all. 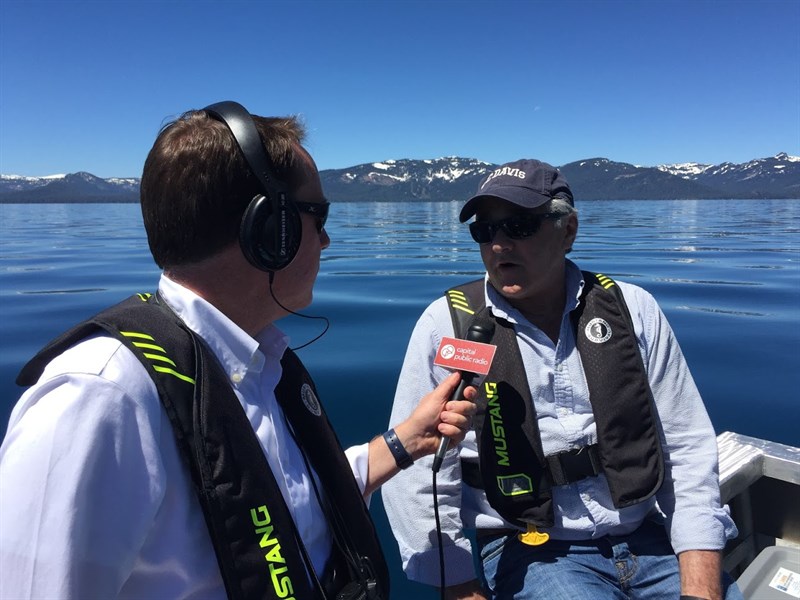 “Cars, they stir up dust from the roads and that eventually gets to the lake. Most cars add nitrous oxides to the air, which ends up getting into the lake and being a major stimulant to algae,” says Schladow.

But Schladow believes we’re headed in the right direction. In fact, you could say he’s downright bullish about prospects for cleaning up Tahoe’s infrastructure issues.

“I’ve never been more excited about transportation than I am now,” says Schladow. “Five, 10 years ago, I think, to me anyway, the problem of transportation at Tahoe seemed almost insoluble. Now, there’s a lot of reason for optimism.”

Some Tahoe residents worry the transportation system envisioned may be too successful. Eric Beavers is a South Tahoe High School teacher, originally from Davis. He says he’s concerned the plan to redesign the basin’s infrastructure could have a negative outcome.

Beavers says it’s time to start a conversation regarding Tahoe’s maximum population density, and whether there should be some planning for how to handle a growing number of people who want to visit or live in the region.

“It’s seems like we’re just pushing this conversation to our children and our grandchildren, that they’re going to have to face this question of — do we limit the number of people that come up here, do we say no cars, or do we let the lake turn into something that we’d rather it not turn into,” says Beavers.

The current 20-year Tahoe Regional Transportation Plan was updated and approved by the board back in April, and will be updated again in 2021.